Provision of adequate space for surface waters is essential 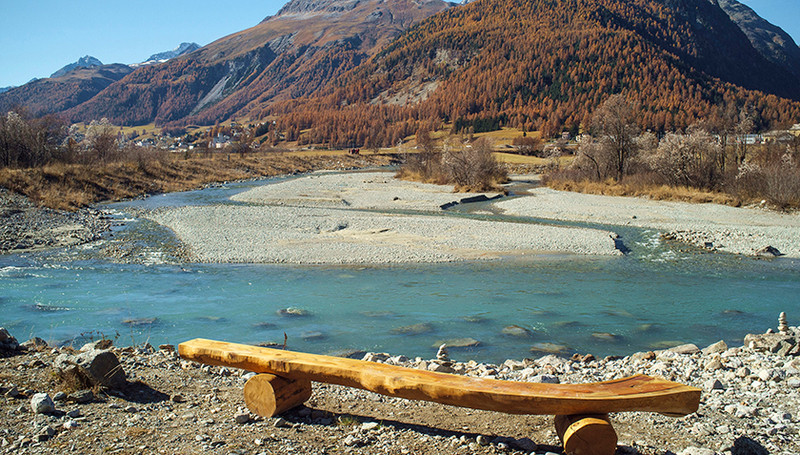 A recent publication by Florian Altermatt, a research group leader at Eawag and Professor of Aquatic Ecology at the University of Zurich, began as an address to a gathering of legal experts. The presentation was given to around 350 delegates at the Annual Conference of the Swiss Environmental Law Association (VUR) held in November 2019. As well as summarising his own research findings, Altermatt compared numerous studies carried out around the world on the ecological function of the space provided for surface waters. He focused in particular on the question of how wide this space needs to be so that the waters’ "natural functions" are safeguarded - as required by Switzerland’s Waters Protection Act ( Art. 36a, WPA ).

The ecological functions of the space provided for surface waters encompass its importance:

All of these functions are more effectively fulfilled by larger spaces with greater connectivity. In the case of small or very small streams, the space provided is of major importance for aquatic-terrestrial flows. For larger watercourses, it is particularly important in creating habitats, enabling geomorphological dynamics and ensuring flood protection. The recreational function of such spaces was not specifically studied.

Altermatt’s review, now published in the journal Umweltrecht in der Praxis , shows that, from an ecological perspective, the minimum width of the space to be provided in accordance with the legislation (based on the natural channel bed width and known as the "key chart") is to be considered as the absolute minimum required to safeguard natural functions. More specifically, given the importance of this space as a habitat, as a buffer against inputs of pesticides and nutrients, and as a regulator of water temperature, substantially wider spaces would be needed in some cases.

Florian Altermatt’s presentation, now published in the Swiss Environmental Law Association’s journal, has already provided a sound scientific basis for a ruling of the Federal Supreme Court. In an appeal to this body, a farmer and the Farmers’ Association of Basel-Stadt and Basel-Landschaft had called for the designation of a watercourse space for a small stream to be annulled. Citing the Eawag scientist in its considerations, the Court noted that very small streams are important connectivity and migration corridors for numerous species. The Court also noted that the promotion of biodiversity has been shown to have positive effects on agricultural productivity. The appeal was rejected (Ruling 1C_15/2019, 13 December 2019).