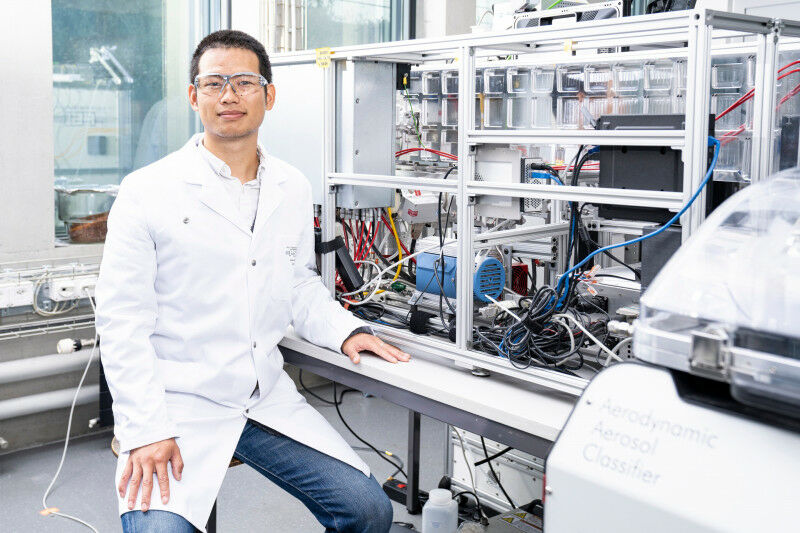 ’We have shown for Europe that our standardised protocol for data evaluation works,’ says Gang Chen, who studied chemical engineering and is now an aerosol researcher at PSI. He is first author of a new scientific publication providing a map of aerosol sources at 22 locations across Europe. (Photo: Paul Scherrer Institute/Mahir Dzambegovic)

Researchers have measured the composition of fine dust at 22 locations in Europe. The result of this international study, led by the Paul Scherrer Institute PSI, is a European map of the most important aerosol sources. The researchers have now published their findings in the journal Environment International.

Good air quality is crucial for our health. Aerosols, also called fine dust, can be health-damaging, one reason being that the suspended particles penetrate deep into the lungs. According to the World Health Organisation (WHO), poor air quality associated with high concentrations of aerosols causes seven million deaths worldwide every year. In order to be able to take meaningful measures to improve air quality, it is vital to identify the main aerosol sources.

Under the leadership of the Paul Scherrer Institute PSI, researchers have compiled a European map of aerosol sources. For this, they have analysed data collected at 22 sites in both urban and rural areas across Europe. They have determined the major sources of organic aerosols - stemming both from natural and from anthropogenic sources - and their variations over the course of days, months and seasons.

"This is a major breakthrough for air quality research," says Imad El Haddad, acting research head of the Laboratory for Atmospheric Chemistry at PSI and a co-author of the study. "Our data can now be used to improve air quality models. These are used by epidemiologists to determine the aerosol sources that are most detrimental to human health." In this way, policy makers could propose targeted measures to reduce the most dangerous aerosols, the PSI researcher says.

While the composition of fine dust varies across the sites, the researchers have consistently identified the main source of aerosol pollution: residential heating with solid combustibles such as wood or coal.

"When solid fuel such as wooden logs, wood pellets, coal, or, in some countries, peat is used for residential heating, a lot of fine dust is released into the air and harms the health of the local population," says Gang Chen, an aerosol researcher at PSI and the first author of the new publication. "In contrast to power plants, which have strict regulations and filter systems, the regulations regarding residential heating emissions are not sufficiently stringent for most European countries, including Switzerland." In rural areas of the Alps, for example, many homes are still heated with solid combustibles. "Wood is a natural material. This is probably why many people are not aware of how health-damaging it is to burn wood," adds Chen, who works in the Research Group for Gasphase and Aerosol Chemistry at PSI, headed by André Prévôt, who led this international study. With their work, the researchers hope to increase public awareness about the impact of residential combustion on air quality.

Traffic is another considerable source of fine dust. While traffic exhausts have been subject to strict regulations since the 1990s, non-exhaust emissions such as tire wear and brake wear deserve more attention in order to improve air quality, the scientists say.

Standardised protocol as a blueprint for global use 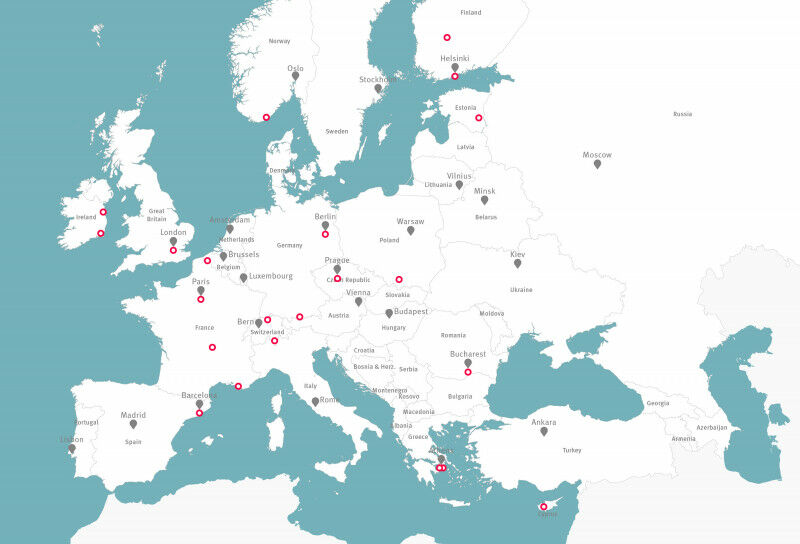 The data for the new scientific publication come from 22 measuring stations in 14 countries, spread across the European continent. A protocol developed at PSI for the standardised evaluation of the different data sets ensured their comparability. (Graphics: Paul Scherrer Institute/Mahir Dzambegovic)

The data for the new publication come from 22 measuring stations in 14 countries, spread across the European continent, where various universities and other institutions operate their own aerosol measuring stations. The PSI researchers developed a standardised protocol for evaluating the data and determining the aerosol sources. This study is the main outcome of the international "Chemical On-Line cOmpoSition and Source Apportionment of fine aerosoL" (COLOSSAL) project and hence has a joint authorship of 70 collaborators.

Crucial to the study were also several long-standing EU research infrastructures, including the "Aerosols, Clouds, and Trace gases Research InfraStructure Network" (ACTRIS). "ACTRIS and other pan-European research infrastructures are the starting point for our research, producing high-quality long-term data on short-lived atmospheric constituents relevant for our regional climate and public health," says El Haddad. These infrastructures not only provide vital information for policy makers, but also continue to be the basis of several European research programmes, such as the "Research Infrastructures Services Reinforcing Air Quality Monitoring Capacities in European Urban & Industrial AreaS" (RI-URBANS) .

The researchers hope that their current publication will be understood as a stepping stone for a global mission. "We have shown for Europe that our standardised protocol for data analyses works. It can now be adopted by researchers everywhere," says Chen. "PSI is world-leading in this work that allows us to attribute the measured aerosols to their sources. Next, we would like to expand our protocol in order to obtain aerosol maps of the entire world."

In addition, the researchers envision that this type of data could soon be collected and analysed in real time. "This would make it possible to directly measure the effectiveness of measures taken to reduce aerosol pollution," says Chen.

For the improvement of air quality to progress more efficiently in the future, regulators could lower the limit values specifically for those aerosols most harmful to health more than for others, the researchers argue. Chen adds: "Ultimately, it is about saving lives. Our data helps ensure that we set sound priorities when it comes to air quality."