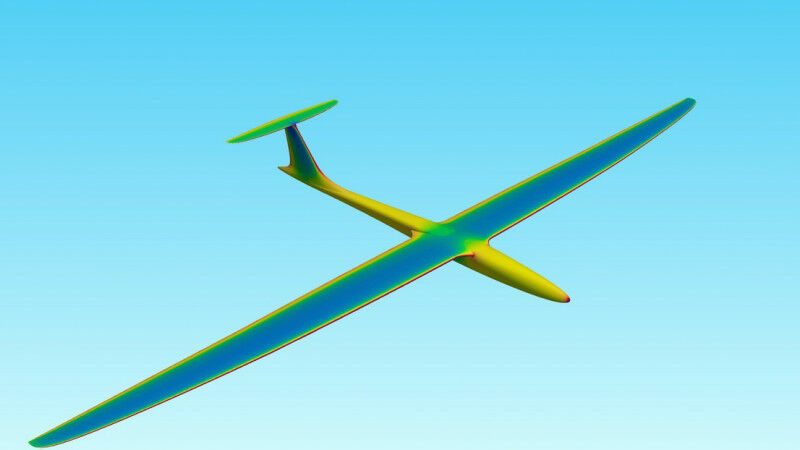 Imagine designing a robotic glider able to accelerate to 800km per hour using only the wind at its back. Combining passion with work, EPFL Professor Pascal Fua is leading research to develop the required capabilities, with important implications for sustainability.

Head of EPFL’s Computer Vision Laboratory (CV) in the School of Computer and Communication Sciences and a passionate gliding enthusiast, Pascal Fua always wanted to fly. As a young boy his dream was to be a fighter pilot but without 20-20 vision this wasn-t possible. So he decided that he would replace the engines of a fighter jet with no engine at all.

For more than 30 years Fua has flown his glider around the world, in Europe, Australia, and the Americas. In 2006, he was part of a crew that broke a world record by flying 1000 kilometers over the Andes in less than five hours. -We exploited the fact that you have winds from the Pacific rising above and setting up a wave pattern behind the mountains on the Argentinian side. While you can-t see these waves, you can surf them and climb to incredible altitudes without an engine,- he explained.

Now, he is using his extensive gliding experience to help push the boundaries of performance and sustainability in the context of dynamic soaring. It’s another flying technique used to gain energy by crossing the boundary between air masses of different velocity. Remote controlled gliders can harness these wind shears at lower altitudes and the highest reported ground speed for radio controlled dynamic soaring is 882 km/h. However, one of the difficulties of using dynamic soaring to save energy is that things start happening too fast for a human to properly control. And this is where the idea of robots come in to control the glide automatically.

Fua is currently working on a project with Dr Ashish Kapoor at Microsoft Research, also a keen pilot who built his own plane, to develop novel approaches to the automated design of complex composite objects, like gliders or drones, that must meet strict design constraints, in particular with respect to their controllability.

With EPFL’s extensive experience in 3D modeling and Microsoft’s long-standing work in simulation, control and planning for aerial robots, the project will create a dynamic soaring aerial robot that integrates deep neural nets within Microsoft’s AIRSIM simulation stack, yielding a super collection of simulators (CFD, Aerial Robot, Software-in-the-loop control etc.) that can then be jointly used to build controllers. 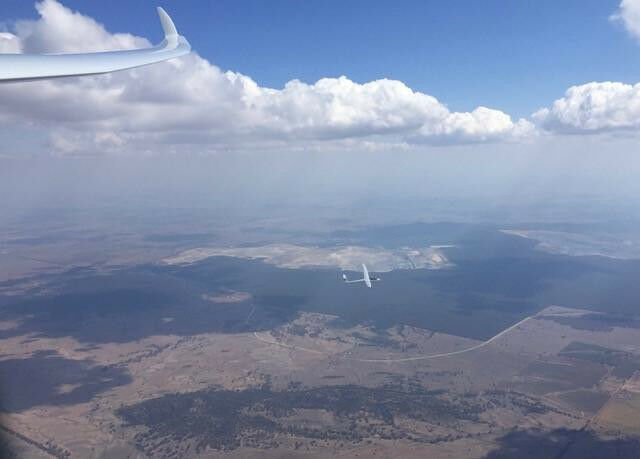 -In a nutshell, our lab is running simulations to create the large amount of data required to feed into an algorithm that needs to know the different responses of the glider designed for dynamic soaring. We-ll give this to Microsoft to input into their robotic controller so the dynamic soaring part of the flight will be fully automated,- Fua explained.

-In this project we are using an off the shelf glider with a wing span of about two meters but the next step is to co-design the shape and control policies to yield better performance and more precise control, the opposite of what generally happens these days which is to design something and then find a way to control it,- he added.

The project has implications beyond gliders and drones - think cars, conventional planes, wind turbines and nuclear fusion reactors - anything that has to be controlled and where efficiency is paramount. -Take wind turbines, for instance,- said Kapoor, -they are huge and their performance is affected by the wind field around them. Hence, it makes sense to continuously control the blades to be as efficient as they can be and, like with a helicopter, change the blades- incidence all the time.-

At the end of the day both researchers feel lucky to be able to contribute to sustainability by combining their passion with their work. And as Fua ponders, sometimes the cross-over between the two isn-t as wide apart as it seems, -I love gliding and it’s a challenge. It’s a bit of a chess game because, like on a sailboat, you have to plan your route and guess where the conditions are going to be good. Sometimes you’re right, sometimes you’re wrong, a bit like research!-

This EPFL/Microsoft joint research is one of several high-profile projects driving sustainability in aviation. SolarStratos , also Swiss based, aims to send a solar powered aircraft into the stratosphere to demonstrate that solar electric aviation is already opening the door to the mobility of tomorrow, whilst the Perlan 2 initiative will design and construct a pressurized glider, with wings that can fly in less than 3% of normal air density and at temperatures of minus 70 degrees centigrade, to soar to the edge of space to explore the science of giant mountain waves that help create the ozone hole and change global climate models.

A textbook comes to life: Augmented reality for dental specialists - 04.08

Beating hackers at bug hunting - 14.07
Related Stories
Environment
Preventing heat islands is a priority for the future of our cities - 15.08

Fluoride in groundwater: global map shows all risk areas for the first time - 11.08