How animals reach their correct size

The development of hundreds of C. elegans individuals growing in micro-chambers was recorded with time-lapse microscopy. Image: Towbin Lab

Adults of the same species usually differ very little in their size. A team from the University of Bern and the Friedrich Miescher Institute for Biomedical Research (FMI) in Basel has now discovered a mechanism that ensures such size uniformity. The research using nematodes showed that the speed of growth determines the speed of a genetic clock that times development. Thereby, individuals that grow slowly are given more time to grow and can reach the same adult body size.

By and large, individuals of the same species grow to the same size. This uniformity in size is astounding, since intrinsic randomness in developmental processes and in environmental conditions produce substantial differences in how fast individuals grow. Moreover, because animal growth is often exponential, even small differences in growth can amplify to large differences in size. How do animals nevertheless make sure to reach the correct size?

Collage of snapshots of a C. elegans individual (producing a green fluorescent protein for better visualization) filmed over 48 hours of growth from hatching to adulthood. For ease of presentation, images of animals were computationally straightened after acquisition. Image: Towbin Lab

Time-lapse microscopy from hatching to adulthood

Although size control has been extensively studied in unicellular microbes, little is known on how multicellular animals control their size. New live imaging technology applied in the Großhans lab at FMI opened an opportunity to address this question using nematodes of the species C. elegans . Benjamin Towbin, SNSF Eccellenza Assistant Professor at the Institute of Cell Biology of the University of Bern, learnt and optimized this technology in the Großhans lab, and then transferred it to the University of Bern. In a study published , Towbin used time-lapse microscopy to record hundreds of individual C. elegans from hatching to adulthood.

Towbin showed that this mechanism occurs by coupling the growth rate to the frequency of a so-called genetic oscillator. The Grosshans lab had previously shown that this oscillator functions as a developmental clock. After four oscillations, juvenile development ends, and animals turn adult. Knowing this, Towbin speeded up this clock in C. elegans using molecular tools. As Towbin predicted by a mathematical model, animals with a faster clock turned adult more quickly and were smaller in size.

A small difference in exponential growth can amplify to large differences in size over time. Image: Towbin Lab

"The mathematical model also shows that an inverse relation of the growth rate and the oscillation frequency is not specific to worms, but a general property of genetic oscillators", says Towbin. "Coupling of growth and development as found in the worm may thus underly many other cases of biological size control," he says. For example, development of the spine of vertebrates also involves a genetic oscillator whose coupling to growth may ensure the correct size and number of vertebrae.

The Organismal Systems Biology Lab in the Institute of Cell Biology

Animals consist of thousands of different types of molecules. To comprehend this immense complexity, the Organismal Systems Biology Lab in the Institute of Cell Biology of the University of Bern searches for fundamental design principles of molecular circuits at a multi-cellular scale. To this end, the researchers combine theory and quantitative experiments using the nematode C. elegans.
Researchers at the Organismal Systems Biology Lab use live imaging of C. elegans in micro chambers to make precise measurements of its development and gene expression. By genetic perturbations they test and refine quantitative models of animal development.
The current focus lies on the nutritional control of growth and aging, and on body size homeostasis. https://www.towbinlab.org
https://www.izb.unibe.ch/research/prof_dr_benjamin_towbin/index_eng.html 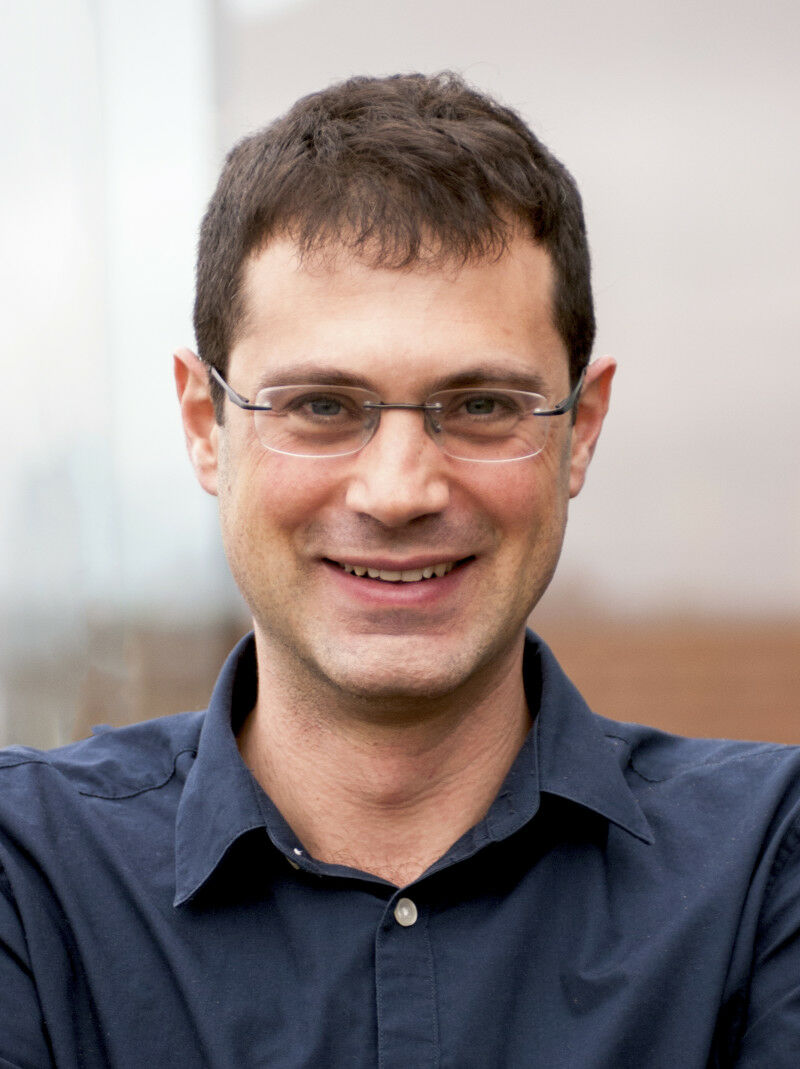 Benjamin Towbin is SNSF Eccellenza Assistant Professor at the Institute of Cell Biology of the University of Bern. Image: courtesy of B. Towbin

The Friedrich Miescher Institute for Biomedical Research (FMI), based in Basel, Switzerland, is a world-class biomedical research institute with a twofold mission: understanding the molecular mechanisms of health and disease, and training early career scientists. With an international staff of about 340 people and 20 research groups, the FMI focuses on three main research areas: Neurobiology, Genome Regulation and Multicellular Systems. Named after Friedrich Miescher, the Basel biochemist who discovered nucleic acids, the FMI is affiliated with the University of Basel and the Novartis Institutes for BioMedical Research. The FMI was founded in 1970 as a joint effort of two Basel-based pharmaceutical companies. Today, as an independent research institute, it continues to receive financial support from Novartis. https://www.fmi.ch/

The mere sight of a meal triggers an inflammatory response in the brain - 30.06
This site uses cookies and analysis tools to improve the usability of the site. More information. |