Girls are trendsetters on social networks 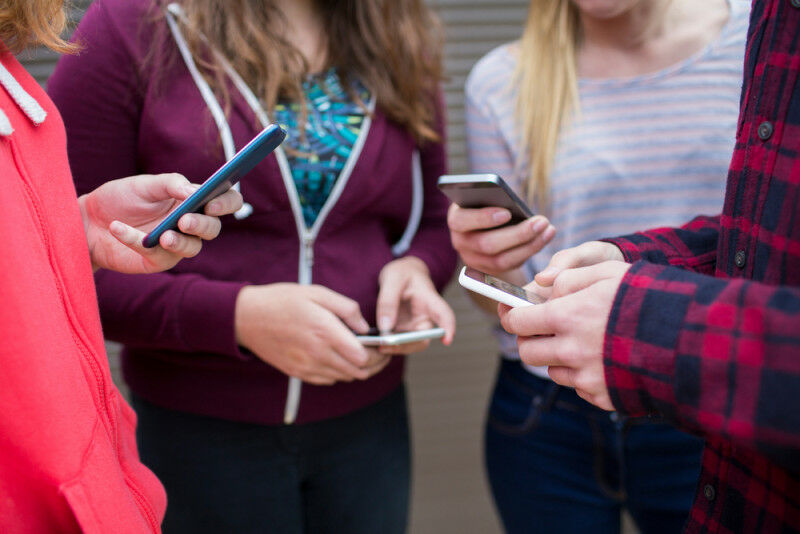 When it comes to widely used social networks, girls set the trends. They join new social networks earlier than boys, as the JAMES 2022 study by ZHAW and Swisscom shows. Boys, on the other hand, game more often, and free games are particularly popular. Young people also maintain fewer, but higher-quality friendships than ten years ago. Problematically, they are becoming more careless about data protection and sexual harassment has increased further.

Girls are joining new networks earlier than boys and are thus becoming trendsetters. They are currently making much greater use of TikTok and Pinterest, and in 2014 this was also the case with Instagram. This is shown by the current JAMES study, for which around 1,000 young people aged 12 to 19 are surveyed every two years. "If this trend continues, we will be able to use female use of social networks as an indicator for all young people in the future," says ZHAW researcher and co-study leader Gregor Waller. 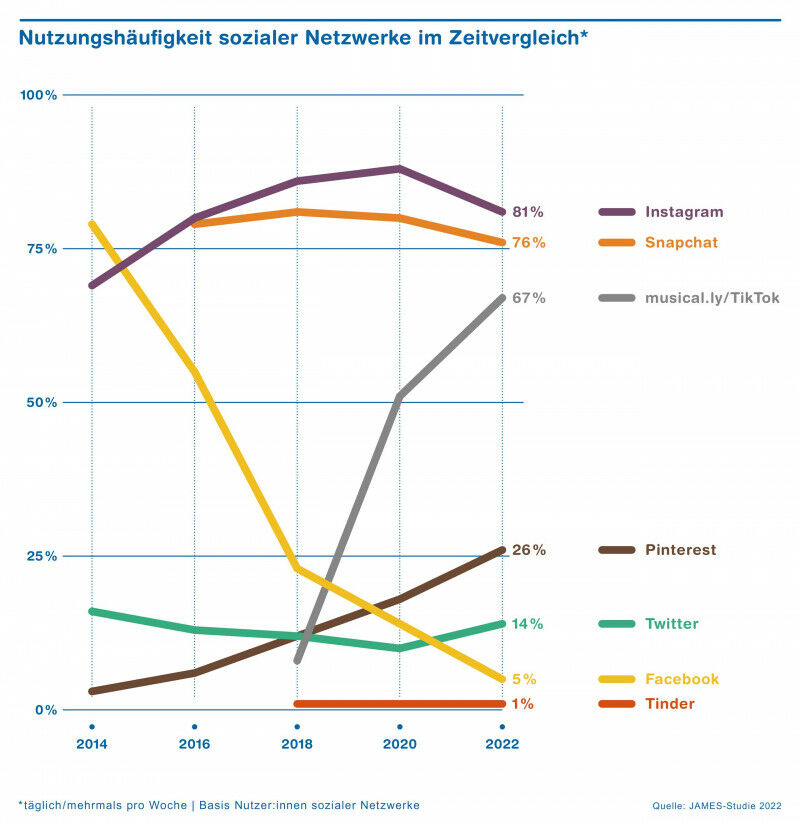 Frequency of use of social networks in comparison over time

Social networks continue to be among the most important media elements in the everyday lives of young people in Switzerland. Almost all of them use WhatsApp for communication (97 percent of users at least several times a week). In addition, Instagram (81 percent) and Snapchat (76 percent) continue to be used most frequently and have remained stable over the years. A rapid increase can be seen with TikTok: 67 percent of young people use the platform regularly (2018: 8 percent), with girls using the app more frequently than boys. On the other hand, young people have virtually disappeared from Facebook: only 5 percent still use the network daily or several times a week (2014: 79 percent).

Activities on social networks have remained constant. The most frequent activities are regularly viewing posts by others (56 percent) and liking them (55 percent) or writing personal messages via chat (57 percent). Young people post their own posts much less frequently, and when they do they tend to post time-limited stories or snaps. 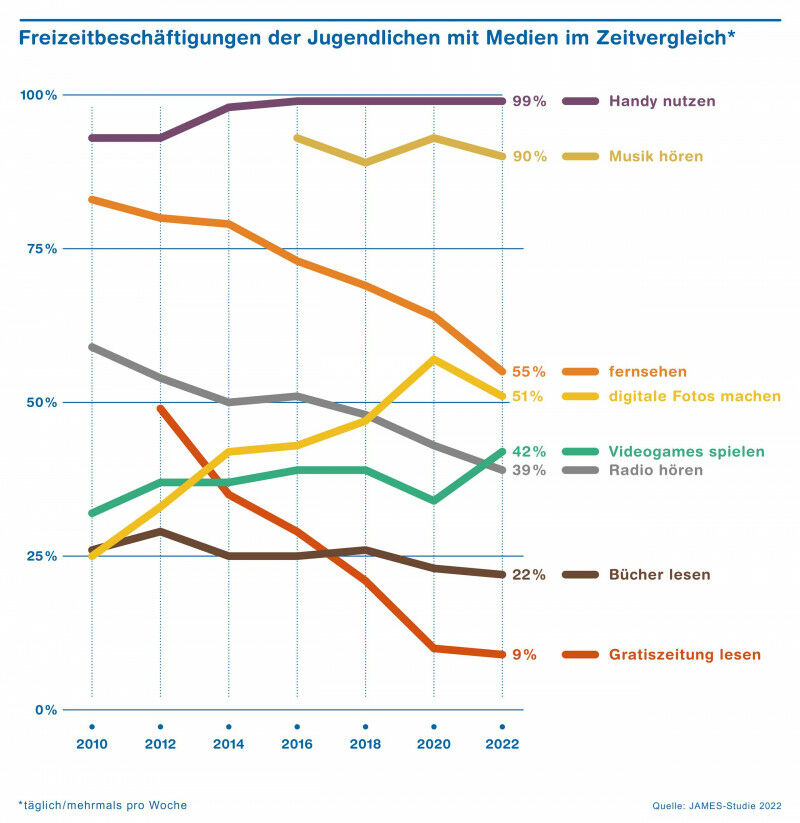 For ZHAW researcher and co-author Lilian Suter, this is problematic: "Free-to-play games are often not really free, because either gamers are covered with advertising or they pay with their data. In fact, in-game purchases are often indispensable for further progress in the game. The number of young people who regularly make in-game purchases has more than doubled in two years, from 3 percent to the current 8 percent. 23 percent of young gamers say they regularly ignore age recommendations. 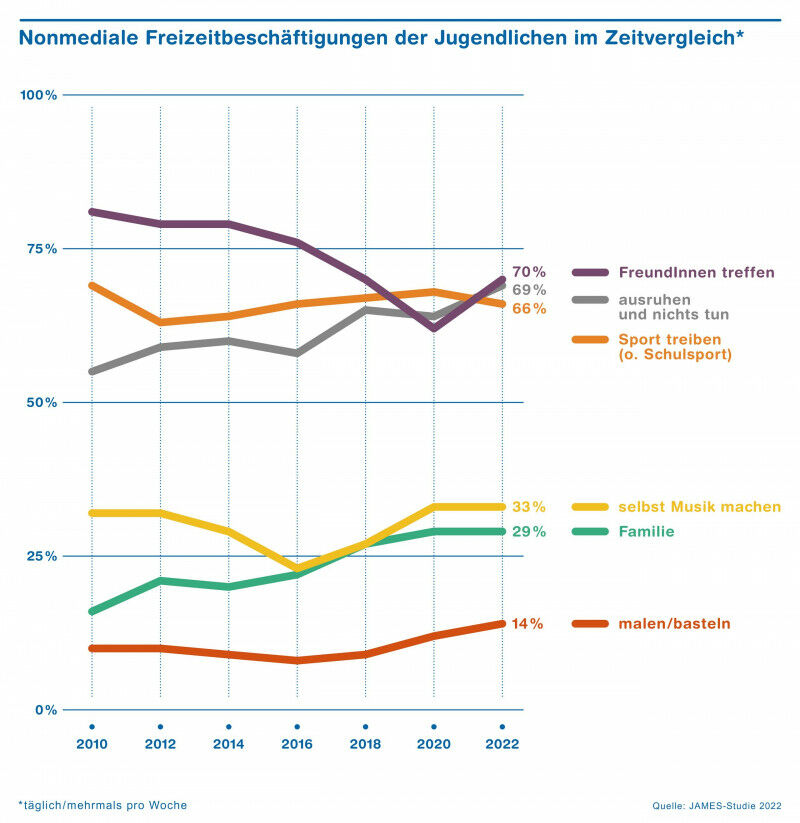 For Gregor Waller, this continues the trend of ’social cocooning’. "Young people are meeting fewer friends than they did a few years ago. However, if adolescents adopt a ’relationship minimalism’ approach, i.e. put quality before quantity, friendships will be of higher quality overall.

In general, the leisure activities of young people are becoming more diverse and individualized from year to year. The spectrum of the most popular leisure activities is very wide and ranges from watching TV or movies, to playing sports, listening to music and gaming, to craft and creative activities such as drawing or painting, or being outdoors and in nature. Young people’s favorite music is also very diverse. For the first time, ZHAW researchers have compiled the most popular songs of the top 20 musicians and bands in a playlist for German-speaking Switzerland, French-speaking Switzerland and Ticino (links at the end of the report), thus making the range audible. 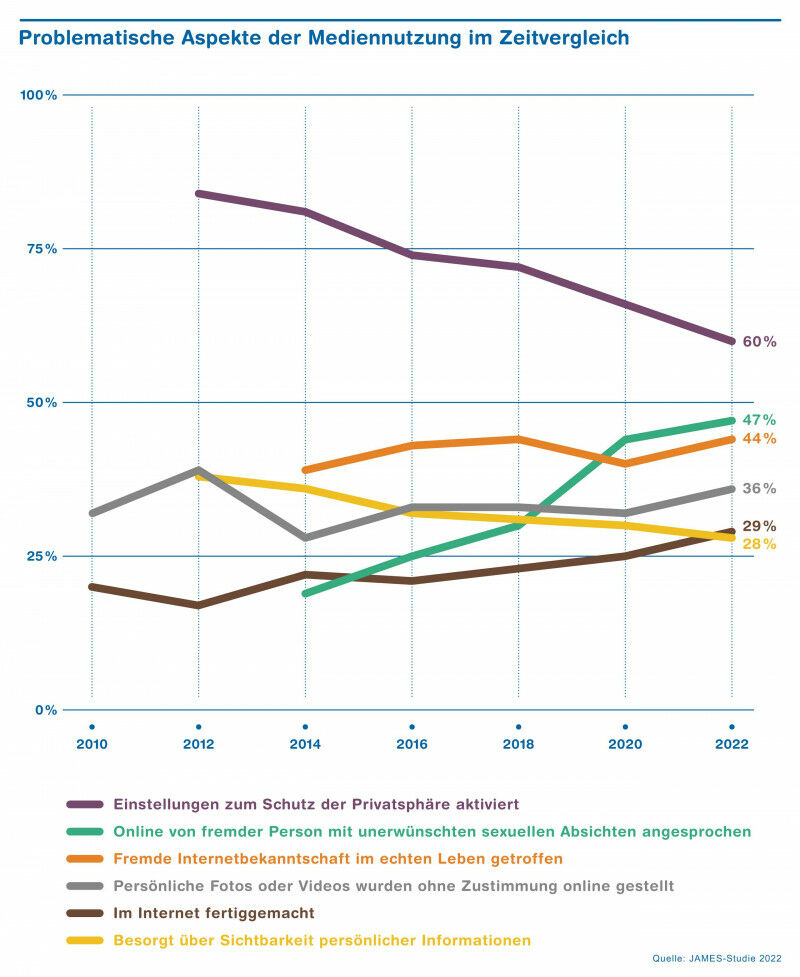 The ZHAW researchers see an urgent need for action. "Sexual harassment and cyberbullying among young people are borderline violations that happen in a sensitive phase of personal and sexual development," says co-study director Daniel Süss. There is therefore a continued need for a broad and in-depth range of media education measures and offers to strengthen digital self-defense. Michael In Albon, Youth Media Protection Officer at Swisscom, also has clear words: "Such behavior must not be tolerated. We are explicitly giving more space to this topic in our media courses at schools, but of course parents must also increasingly deal with the problem and exercise their duty of care. Just as they accompany their children on the road, they must also do so on the Internet".

Young people are becoming more careless when it comes to protecting their privacy online: While 84 percent said they had activated the relevant settings on social networks 10 years ago, this figure has now fallen to just 60 percent. Concerns about others being able to see personal information online have decreased further (2012: 38 percent; 2022: 28 percent). At the same time, however, the majority of young people tend to behave cautiously on social networks and reveal little about themselves in public. "The topic of data protection and privacy online has changed and is becoming increasingly complex," says Lilian Suter. While in the early days of social networks, the focus was on what information or photos should not be shared publicly, nowadays the topic is dominated by aspects such as cookies, algorithms or end-to-end encryption, she says, presenting young people with additional challenges.

Social assistance: Lack of education is a poverty risk - 25.10
Youth and physical activity, a study shows the importance of living environment and the role of parents - 08.09
This site uses cookies and analysis tools to improve the usability of the site. More information. |