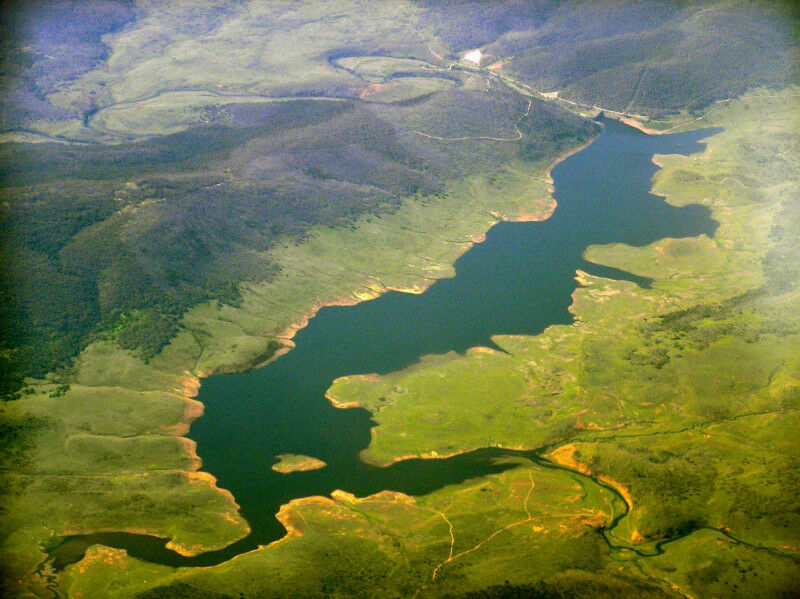 EPFL’s Platform of Hydraulic Constructions has been commissioned to model a future hydropower plant in Australia. As part of its work, the team has built an outsize replica on campus. 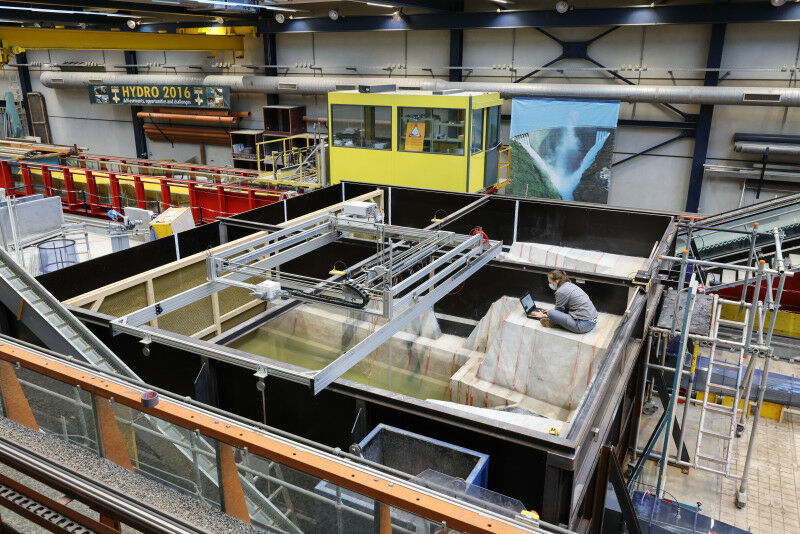 2022 EPFL/Alain Herzog (CC-BY SA 4.0) / Models of the two reservoirs of Tantangara and Talbingo
In the modeling world, 1:25 is an extremely useful scale factor. It’s what lets you display your favorite toy cars or tin soldiers in your living-room window. And importantly, it’s how engineers at EPFL’s Platform of Hydraulic Constructions (PL-LCH) scale down life-size structures to models that can fit inside a building on the Lausanne campus.

If you wanted to view their latest model from above, however, you’d need a ladder. That’s because the PL-LCH team is working on Snowy 2.0, a major hydropower project in Australia in which two reservoirs south of Canberra - Tantangara and Talbingo - are connected via a 27-kilometer-long tunnel complete with turbines and a pumping station. The power plant itself, located inside the tunnel, will provide 2,000 megawatts of generating capacity and 350,000 megawatt-hours of storage capacity. "That’s 17 times the storage capacity of the Nant de Drance hydropower plant in Valais," says Azin Amini, who heads technology transfer at PL-LCH. 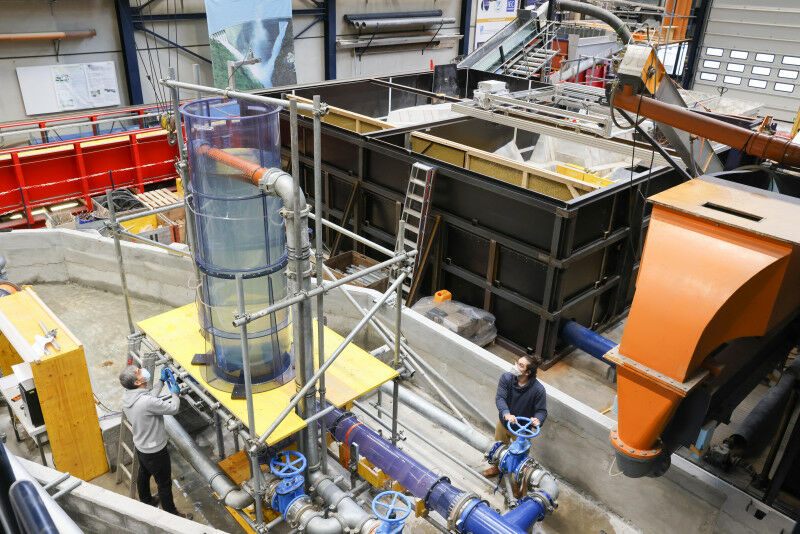 2022 EPFL/Alain Herzog (CC-BY SA 4.0) / Hybrid work of the laboratory on numerical and physical models
The model, housed inside the PL-LCH’s building on campus, replicates the tunnel heads at the two reservoirs and the surrounding topography. Measuring around four by six meters each and standing side by side, they’re connected by pipes that simulate the flow of liquid between the two bodies of water. According to Mona Seyfeddine, a civil engineer at PL-LCH, the team uses the structure to study the flow regimes and other water movements that occur when the reservoirs are filled and when the pumping system is activated.

With 3D modeling becoming increasingly common, is there really any justification for building a concrete replica on this scale? For Amini, this is a false dichotomy, because the two techniques complement one another. "We’ve opted for a hybrid approach that combines digital and physical modeling," she explains. "Digital models are faster and, in most cases, cheaper to develop. In this case, the digital model is helpful in the early stages of a project, allowing us to assess the general behavior of the structure and prove the concept before we go ahead and build the physical replica." Amini adds that the physical version is essential given the complexity of the water flow regimes, enabling the team to fine-tune and finalize the design while optimizing the digital model.
In reality, this replica is just the start of the EPFL lab’s involvement in Australia’s Snowy 2.0 project - the team will be modeling other parts of the structure in the coming months. Amini notes: "The fact that we were chosen to work on this project shows that our expertise is recognized around the world."

Digital Transformation and Organisational Identity Construction - 28.11
Switzerland participates in new ESA programmes and supports its ambitions for Europe in space - 23.11

The Swiss water turnaround: wait and see or take a proactive approach? - 22.11
This site uses cookies and analysis tools to improve the usability of the site. More information. |