Simulate defense of the Earth 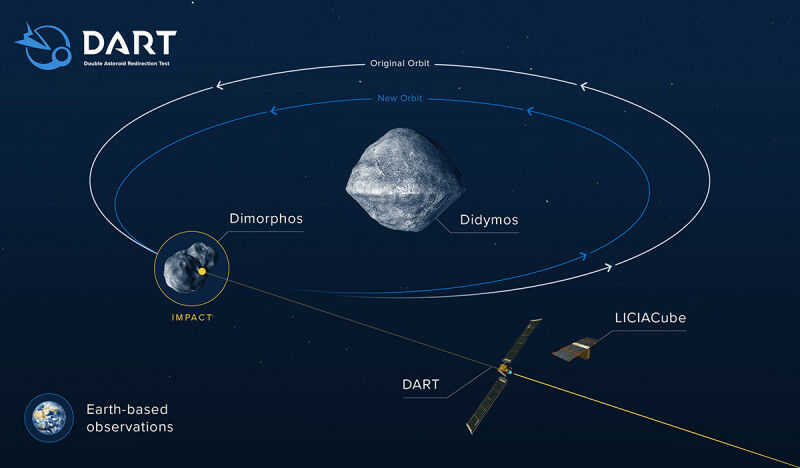 Info graphic which shows what effects the collision of DART could have on the orbit of Didymos B. © NASA / Johns Hopkins APL

NASA’s Double Asteroid Redirection Test (DART) mission is the world’s first full-scale planetary defense test against potential asteroid impacts on Earth. Researchers of the University of Bern and the National Centre of Competence in Research (NCCR) PlanetS now show that instead of leaving behind a relatively small crater, the impact of the DART spacecraft on its target could leave the asteroid near unrecognizable. 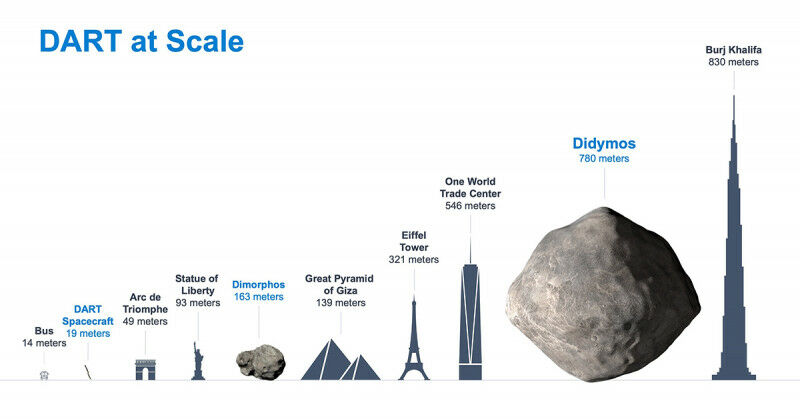 66 million years ago, a giant asteroid impact on the Earth likely caused the extinction of the dinosaurs. Currently no known asteroid poses an immediate threat. But if one day a large asteroid were to be discovered on a collision course with Earth, it might have to be deflected from its trajectory to prevent catastrophic consequences.

Last November, the DART space probe of the US space agency NASA was launched as a first full-scale experiment of such a manoeuvre: Its mission is to collide with an asteroid and to deflect it from its orbit, in order to provide valuable information for the development of such a planetary defense system. 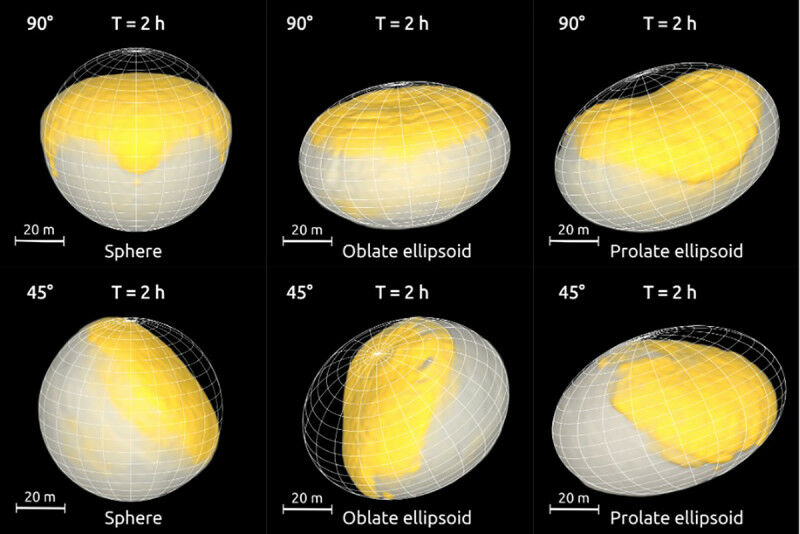 Asteroid target morphologies after vertical and oblique DART-like impacts on spherical and ellipsoidal targets. Up to ~20% of the target material is displaced (denoted by the color). © Sabina D. Raducan and Martin Jutzi, The Planetary Science Journal, June 2022, doi.org/10.3847/PSJ/ac67a7

In a new study published in The Planetary Science Journal, researchers of the University of Bern and the National Centre of Competence in Research (NCCR) PlanetS have simulated this impact with a new method. Their results indicate that it may deform its target far more severely than previously thought.

Rubble instead of solid rock

"Contrary to what one might imagine when picturing an asteroid, direct evidence from space missions like the Japanese space agency’s (JAXA) Hayabusa2 probe demonstrate that asteroid can have a very loose internal structure - similar to a pile of rubble - that is held together by gravitational interactions and small cohesive forces", says study lead-author Sabina Raducan from the Institute of Physics and the National Centre of Competence in Research PlanetS at the University of Bern.Yet, previous simulations of the DART mission impact mostly assumed a much more solid interior of its asteroid target Dimorphos. "This could drastically change t

he outcome the collision of DART and Dimorphos, which is scheduled to take place in the coming September", Raducan points out. Instead of leaving a relatively small crater on the 160 meter wide asteroid, DART’s impact at a speed of 24’000 km/h could completely deform Dimorphos. The asteroid could also be deflected much more strongly and larger amounts of material could be ejected from the impact than the previous estimates predicted. 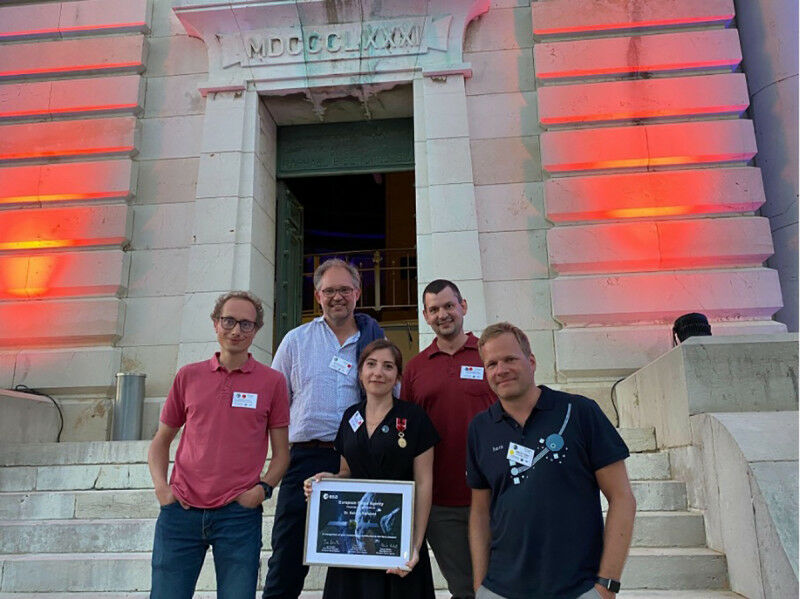 "One of the reasons that this scenario of a loose internal structure has so far not been thoroughly studied is that the necessary methods were not available", study lead-author Sabina Raducan says.
"Such impact conditions cannot be recreated in laboratory experiments and the relatively long and complex process of crater formation following such an impact - a matter of hours in the case of DART - made it impossible to realistically simulate these impact processes up to now", according to the researcher. 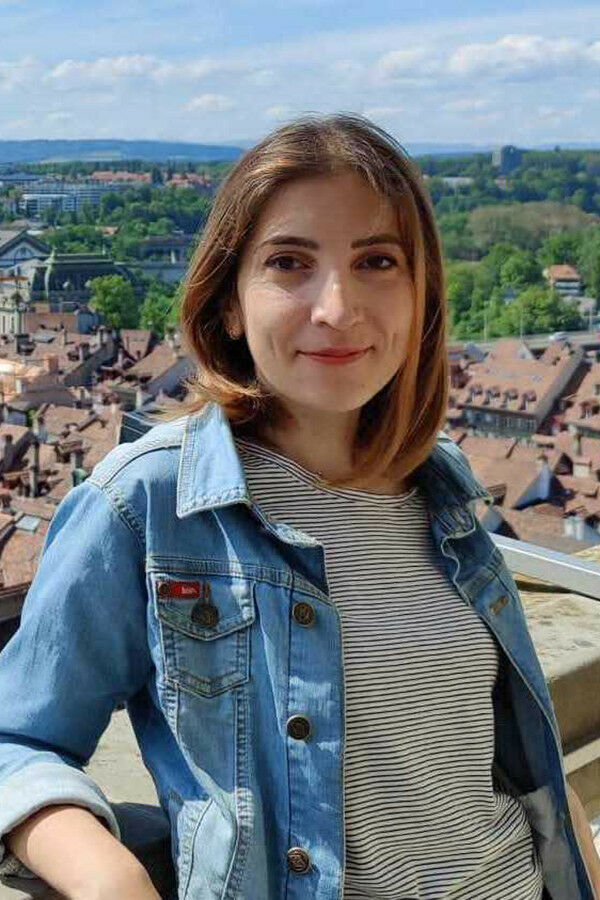 In 2024, the European Space Agency ESA will send a space probe to Dimorphos as part of the space mission HERA. The aim is to visually investigate the aftermath of the DART probe impact. "To get the most out of the HERA mission, we need to have a good understanding of potential outcomes of the DART impact", says study co-author Martin Jutzi from the Institute of Physics and the National Centre of Competence in Research PlanetS. "Our work on the impact simulations adds an important potential scenario that requires us to widen our expectations in this regard. This is not only relevant in the context of planetary defense, but also adds an important piece to the puzzle of our understanding of asteroids in general", Jutzi concludes.

One more clue to the Moon’s origin - 10.08
A new rating for space sustainability - 04.08
Neutrino Factories in Deep Outer Space - 13.07
"I have goose bumps" - 12.07
This site uses cookies and analysis tools to improve the usability of the site. More information. |