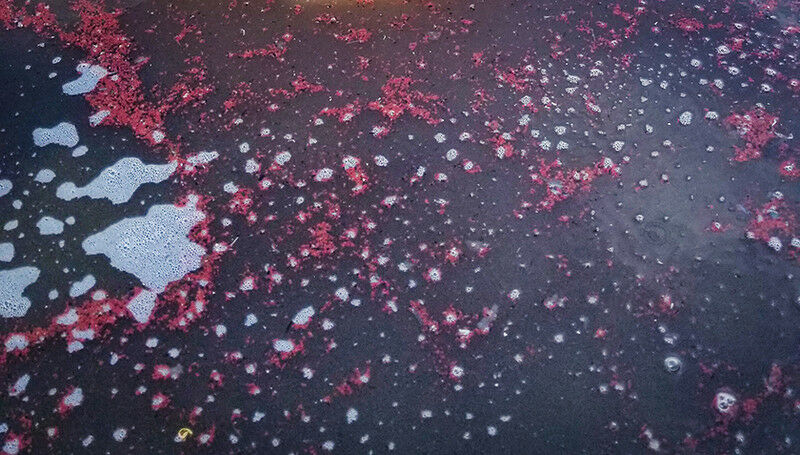 Too much nitrogen continues to enter many water bodies, negatively impacting ecosystems and human health. The anammox process co-developed by Eawag can make an important contribution to reducing outputs from wastewater treatment plants and also saves energy and resources. It has now been further optimised by researchers at Eawag.

Many Swiss water bodies are still over-fertilised. Excessive nitrogen levels not only affect drinking water quality and thus human health, but also have a negative effect on biodiversity. The majority of nitrogen inputs to water bodies comes from agriculture, but some also comes from wastewater treatment plants. In accordance with the requirements of the Swiss Waters Protection Ordinance, wastewater treatment plants currently remove about half of the nitrogen from wastewater. In order to reduce the nitrogen inputs into water bodies, these requirements are scheduled to be tightened in the next few years. Nitrogen removal from the sludge liquid using the anammox process co-developed by Eawag could make an important contribution to achieving the stricter requirements.

In recent years, a number of Swiss wastewater treatment plants have therefore introduced the so-called anammox process for treating sludge liquid. Anammox stands for anaerobic ammonium oxidation, i.e. the conversion of ammonium to elemental nitrogen without oxygen. The bacteria that could do this were only discovered in the 1990s.

Previously, the only bacteria that were known to perform this conversion process were those that required oxygen. These aerobic bacteria still form the basis of nitrogen removal in the biological treatment stage of wastewater treatment plants by converting the ammonium and nitrate contained in the wastewater into gaseous, elemental nitrogen, which is unproblematic and escapes into the air (see graphic below on the left). If the nitrogen removal in a wastewater treatment plant is to be improved with the help of this process, the tanks for biological treatment usually have to be enlarged. But not all wastewater treatment plants have enough space for this. As an alternative, the sludge liquid can be treated with the anammox process to reduce the nitrogen load. In this process, which could be developed thanks to the newly discovered bacteria, ammonium is also converted into elemental nitrogen, but in the second step without oxygen (see graphic below on the right).

The anammox process offers several advantages over the conventional nitrogen removal process. For instance, less oxygen has to be blown in, which significantly reduces energy consumption. Furthermore, the anammox bacteria do not need organic carbon to grow. The carbon contained in the wastewater can instead be used to produce biogas, which also has the beneficial effect on the energy balance of the wastewater treatment plant.

In the last 15 years, several Swiss wastewater treatment plants have therefore been equipped with the anammox process for nitrogen removal from sludge liquid. However, after some time it became apparent that the process was not yet working stably and reliably in about a third of the plants and was therefore not achieving the desired performance. A team of engineers led by Adriano Joss, group leader in Eawag’s Process Engineering department has now investigated the reasons for this in detail and optimised the process accordingly. The results were recently published in the Aqua & Gas journal.

Optimisation of the process by splitting it into two reactors

"We have found that the problems are related to the size of the plant," explains Adriano Joss. Although the first reaction step takes place with oxygen and the second without, the existing plants were designed as a reactor in which both steps could take place. "This works because the anaerobic anammox bacteria grow in larger flocs," says Joss. "Therefore, even if oxygen is present in the reactor, anaerobic conditions can exist inside the flocs, allowing the anammox bacteria to work." However, the larger the reactor, the less easy it is to keep the oxygen concentration homogeneously at the desired level. If there is too much oxygen in the system in places, however, bacteria will grow that oxidise nitrite, the desire reaction product, to nitrate and thereby block the anammox process. These competitors can be eliminated by splitting the two reaction steps of the anammox process into two reactors. In the first reactor, the conditions can then be optimised so that no nitrate-forming competitors can develop, "For example, the bacterial sludge that forms is frequently renewed," Joss explains. The reason for this is that the undesirable bacteria grow more slowly than the desirable ones and can thus be kept in check. In the second reactor, the conditions for the second reaction step can then be optimised: little oxygen as well as washing out the bacterial sludge as infrequently as possible because of the slow-growing anammox bacteria.

Adriano Joss and his team are already researching the next step and are investigating in the laboratory and pilot plants whether the anammox process could also be used instead of the current biological treatment of wastewater with oxygen. If nitrogen removal also functions in a sufficiently stable manner there, wastewater treatment plants could become self-sufficient in energy thanks to lower energy expenditure and simultaneously higher biogas production.