Can AI do art? 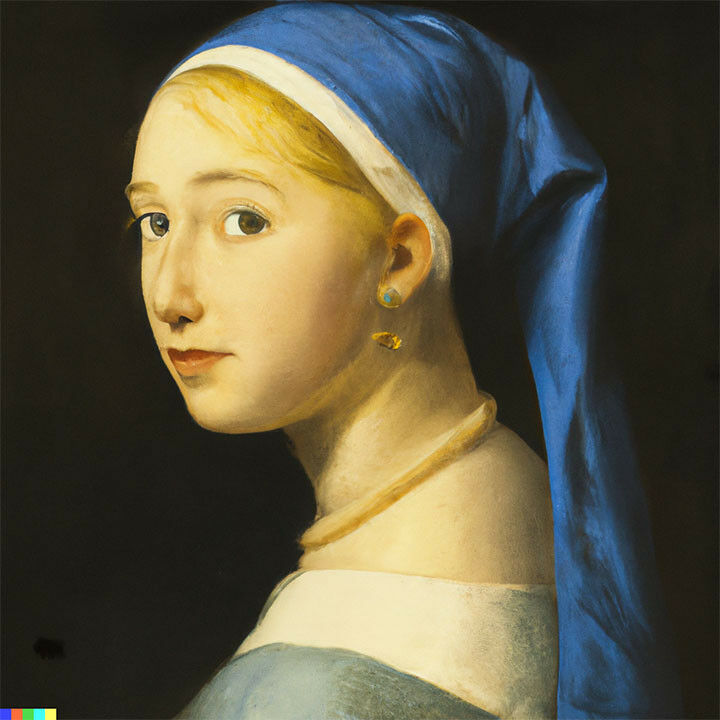 Vermeer’s "Girl with the Pearl Earring"- Almost: "Creator" of this picture was AI "Dall-E 2".

Artificial intelligences that "paint" entire paintings on command in seconds are becoming increasingly popular. Some see this technology as the end of fine art. HSLU lecturer and artist Dragica Kahlina puts it in perspective.

Will Jason Allen’s "Théâtre D’opéra Spatial" one day be mentioned in the same breath as Da Vinci’s "Mona Lisa"? Probably not. But the American artist’s painting has secured its place in art history as the first painting created by an artificial intelligence to win a prize.

This controversial award ceremony at the Colorado State Fair made headlines around the world. Dragica Kahlina is also keeping a close eye on the debate. The HSLU lecturer, digital artist and game designer is experimenting with AI-generated art herself. During the conversation, she shows one of her works on her smartphone, "Streetcafe With People In The Rain": a gloomy urban scene bathed in neon colors.

Dragica Kahlina, how did you take this picture?

I used the app "Dream AI" for this and instructed it via text input to generate a street café in the rain. The AI produced a series of similar images based on this. I then selected the one I liked best and fed it back into the AI. I repeated this iterative process about six to ten times until I was satisfied with the result.

Was "Théâtre D’opéra Spatial" created with the same program?

No, here the AI "Midjourney" was used. But both programs work according to the same principle: You enter a short text, a so-called prompt, in which it is described what should be seen on the picture. The AI is linked to a huge image database. Depending on the prompt, the AI combines different images to create something new.

I recently tried my hand at "Midjourney", but all the AI produced was a surreal mess. What did I do wrong?

People think image AIs are easy to use: You type in a few terms and the AI spits out a masterpiece. But it needs very precise prompts on content, style, perspective, and much more. It’s like turning adjusting screws. Between us and the finished work stands a machine that only does what it is told. It doesn’t decide based on any perceived value or artistic statement - because it doesn’t see one.

With which subjects does the AI have the most trouble?

With horses, for example! I’ve been trying my hand at a mounted archer for some time. But the many arms and legs confuse the algorithm. Sometimes the horses have three legs... The AI knows thousands of horse pictures, but it does not "know" that it is an animal with four legs, which - depending on the perspective - are sometimes all visible or not.

Could we program an AI that understands what it paints?

We are still a long way from that. For that, the AI would probably have to develop some kind of consciousness. There is no consensus in AI research as to whether we can develop something so complex at all.

We could at least feed an AI with criteria for "good art"...

But then it simply rehashes 1,000 years of art history. It would be much more interesting if the AI could really think about what good art is for it. If it were to develop its own artistic attitude that differs from the human one.

Fine art is traditionally associated with a craft: I learn how to use a brush, pencil and colors. That’s what’s missing here.

With the advent of photography, it has long been theoretically possible for anyone to produce an image of artistic value, even without spending years training their drawing skills. AI images are merely driving this development forward. In the future, art will be even less connected to a traditional craft and more connected to another form of creative work, a process: writing the right prompt, finding the right image database, curating the resulting images. That can be just as relevant to our culture as painting a classic painting.

Jason Allen’s award-winning AI image provoked some fierce reactions ; there was talk of fraud and the end of art. What do you think of the award?

[Thinks for a long time] That’s a difficult question.... The jury saw an artistic value in the picture. On the other hand, I can understand the frustration of the other artists. They have worked out a style over years, earn their bread with it. Now someone comes along with a completely different, text-based process, and immediately brings home a prize with his work.

What opportunities do you see to reconcile the two perspectives?

We need to develop new criteria to determine what is art and what is not. Because AI images focus on process rather than craft, we could label them as process art, for example, to distinguish them more clearly from other forms of visual art.

The AI knows thousands of horse pictures, but it does not "know" that it is an animal with four legs

Programs like Midjourney and Dream AI draw on images that others have taken. Who owns the new AI image? The person who created it? Or the artists who painted the templates?

This is an unsolved problem! Personally, I’m uncomfortable posting "my" AI images on the social networks because I don’t know which templates the program accesses. We desperately need an AI that works exclusively with publicly available public domain images. It probably won’t be long before Disney or another entertainment company sues the programming team of an image AI because it contains "their" image styles.

This is not the same: With fan art, the style of the fan artist is usually recognizable, although there are always disputes about copyrights there, too. With AI-generated images, the problem gets worse. The original style is copied better and better, so that it becomes increasingly difficult to tell whether you are looking at an original or an imitation. No film studio can afford such free riders in the long run.

How could this problem be solved?

Artists could, for example, paint pictures as training sets for AIs and sell the copyrights and usage rights to them. Royalties would be due on each new painting generated in this way. It would also be possible to label these works with a digital watermark so that it is clear which training set they are based on.

You are a lecturer in the Bachelor Digital Ideation, which combines design, art and computer science. What role does AI art play in your teaching?

The topic is increasingly coming into our focus. We lecturers discuss it both among ourselves and with the students. They are very interested in it. The first of them are already planning theses on it. I am very curious to see how our students will approach the subject.

What fascinates you personally about image AIs?

I have always been interested in how digital technologies can be used to express oneself artistically. In particular, I see AI-generated art as a means of self-reflection: can you create the same emotionality with artificial intelligence as with a brush or pen?

Could image AIs also be used to fake photos of celebrities or female politicians? The new "Dall-E 2" program can create almost photorealistic scenes.

Every digital image is a collection of pixels. And every pixel can be changed. An AI simply does this faster than was previously possible with Photoshop and the like. This simply increases the potential for forgery.

How can we counter this development?

For a long time, images were seen merely as an interpretation of reality. Only with photography were they granted one. We need to learn again that images, as realistic as they seem to us, are not a reflection of reality. We adults can do this by experimenting with new technologies ourselves, so that we better understand how digital images are created. But, of course, we also need to teach this to our children. That makes art classes in schools all the more important in the future.

Dragica Kahlina: She builds bridges between AI, games and music

Dragica Kahlina studied astrophysics in Basel and then worked for international game studios in Germany and Austria. Today, she teaches mainly game development at HSLU’s Bachelor Digital Ideation. From fall 2023, she will also take over the co-direction of the new Master Music and Digital Creation. Privately, she experiments not only with AI art, but also with digital music, among other things.

A portrait of Dragica Kahlina can be found on HSLU’s computer science blog. 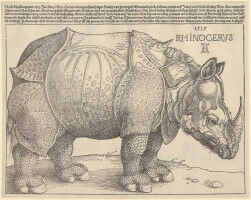 Teams up with RSI and Cinémathèque suisse to enhance the archives of the Locarno Festival - 04.08.2022
Related Stories
Computer Science
The dawn of trustworthy and cooperative artificial intelligence - 12.01