The -Swiss Antibiotic Resistance Report 2022- reveals that both doctors and veterinarians have prescribed ever fewer antibiotics in recent years. It has also been possible to put the brakes on resistance rates for the time being. In order to ensure the effectiveness of antibiotics in the long term and to curb the development of resistance, the Federal Council launched a national Strategy on Antibiotic Resistance (StAR) in 2015. The jointly initiated measures are gradually producing results in Switzerland in all areas. Nevertheless, resistance rates continue to increase at a global level.

The emergence of resistant bacteria is a worldwide problem for people and animals. Where infec-tions with multi-resistant bacteria occur, they can only be treated with difficulty or, in some cases, not at all using antibiotics.

Monitoring of antibiotic consumption and antibiotic resistance provides confirmation of the positive trend in Switzerland. The -Swiss Antibiotic Resistance Report- of the Federal Office of Public Health (FOPH) and the Federal Food Safety and Veterinary Office (FSVO) reveals a decline in important areas.

Lower antibiotic use in human and animal medicine

In the area of human medicine, total antibiotic consumption fell by 19 percent between 2019 and 2021. Improved hygiene measures, including increased hand washing, the use of disinfectants and the wearing of face masks, as well as a decline in contact with others during the COVID-19 pandemic are likely to have played an important role in this development, as these factors generally led to a decrease in the number of infections. While prior to the COVID-19 pandemic human consumption of antibiotics was fairly stable in the period between 2010 and 2019, a significant decline in the use of critical -Watch- antibiotics was recorded.

In a European comparison, Switzerland remains one of the countries with the lowest consumption. However, there are marked regional differences within Switzerland: In the Frenchand Italian-speaking regions, the rate of antibiotic consumption per inhabitant is on average considerably higher than in German-speaking Switzerland. During 2021, the most antibiotics were used for urinary tract infections (40 percent), with use for upper respiratory tract diseases (23 percent) being the second most frequent reason.

Compared to 2019, veterinarians prescribed approximately 6 percent fewer antibiotics in 2021. Since 2012, antibiotic prescriptions within the veterinary sectors have been reduced by roughly half. The consumption of so-called critical antibiotics, which are especially important in the area of human medicine, continued to decline between 2019 and 2021, with a decrease of almost half being observed since 2016.

The resistance data collected in the fields of human and animal medicine reveals different developments: While antibiotic resistance has increased considerably in some bacteria, it has remained stable or declined in others. Overall, a stabilisation in resistance rates has become apparent over the past few years.

Measures at all levels

In recent years, important measures have been implemented in the fields of human and animal medicine as well as in the agricultural sector in order to reduce the use of antibiotics and the development of resistance. Guidelines, manuals, recommendations and further training courses lend support to doctors and veterinarians in choosing antibiotics and using them correctly.

Since October 2019, veterinarians have had to enter all prescriptions with antibiotics in the Information System on Antibiotics in Veterinary Medicine (IS ABV). The results help to assess the measures that have already been implemented for the prudent use of antibiotics. An expanded network in the field of human medicine allows for the better monitoring of antibiotic use in people. For example, newly developed further training modules on the appropriate use of antibiotics can thus be used in a targeted fashion.

The discharging of antibiotics into bodies of water is set to be massively reduced in the future through the expansion of wastewater treatment plants with additional purification stages. As per the precautionary principle, the fewer antibiotics in the environment, the better. The expansion programme commenced in 2016 and by 2020 some 11 percent of Swiss wastewater was already purified as part of such a treatment stage. By 2040, this figure should increase to 70 percent. Measurements in the Rhine show that the concentration of antibiotics is considerably reduced by this treatment.

To complement the Strategy on Antibiotic Resistance, the Federal Council launched a national research project (NRP 72) in 2015. NRP 72 -Antimicrobial Resistance - A One Health Approach- has now been concluded and has revealed new solutions aimed at containing the spread of antibiotic-resistant pathogens, ensuring the more responsible use of antibiotics and allowing for the better treatment of infections involving antibiotic-resistant pathogens.

When it comes to antibiotic resistance, human and animal health are closely linked. During the course of NRP 72, for example, the transmission of resistant pathogens between patients who had been discharged from hospital and their relatives as well as between veterinary clinic employees and the animals treated there was detected. Specialists from various fields are increasingly working together according to the so-called One Health approach and are jointly seeking to uncover solutions to complex health problems. The -Swiss Antibiotic Resistance Report- follows this approach and analyses data from all areas in a joint report. 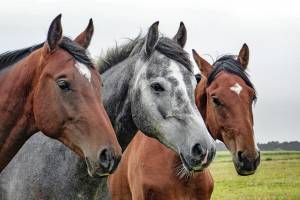