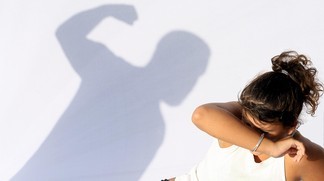 In an experiment carried out with rats, it was observed that aggressive behavior passed from one generation to the other, even without any between the parent and its offspring. Researchers are exploring several approaches to explain the results.

Childhood traumas alone do not explain the development of domestic violence - at least in the case of rats. As part of a study conducted at EPFL, researchers from the Brain Mind Institute were able to show that purely biological elements played a crucial role in the development of aggressive behavior.

Carmen Sandi and her team’s research targets a deeper understanding of human domestic violence. "But it is unimaginable to isolate human beings from social interaction to see the personality they would develop," indicates the researcher. Hence, she carried out experiments with rats in order to conduct her research.
The experiment begins with male rodents who were exposed several times during their youth – that is, around puberty – to two types of psychological stress. They were thus subjected to short sessions in which they were put in a location without any place to hide, which they by nature dislike. On the other hand, researchers also exposed them to the characteristic odor of one of their natural predators, the fox.

Like father, like son
As adults, when these rats were put in with females, they showed a more aggressive behavior towards them than their peers who had not been stressed during adolescence. But the most interesting part was still to come. "The male offspring of these stressed rats showed an aggressive behavior towards females, just like their fathers had done", Carmen Sandi continues "and yet our protocol had allowed us to eliminate any ’social influence’ as the rat couples had been separated before the birth of their offspring."

For researchers, this demonstrates that certain behavioral traits are rooted in biological factors and not only in social ones like imitating a role model.

Many possible explanations
As for the females subjected to stressed males, they went through considerable behavioral, hormonal and neurological changes. The other females, put into relationships with only second generation aggressive males - who accordingly had not been directly stressed - showed exactly the same characteristics. This proves that the violence they suffered translated into long-term damage which was not exclusively psychological.

In the wake of this research, several additional studies will try to explain more accurately the mechanisms at work. The reasons for the transmission of aggressiveness in males could be epigenetic (inherited changes in the expression of certain genes), or might be related to physiological changes in the mother during pregnancy, observed after exposure to an aggressive male. An imperceptible deficit of maternal care in the offspring’s first days of life could also play a role in some cases, but the study in question only took into account families where such care did not differ from the one provided by an unstressed mother.

It would obviously be risky to immediately extrapolate these results to humans. Many analogies could, however, "lead us to revise the way we regard the origin of the development of domestic violence as exclusively psychological and social", Carmen Sandi explains. If biological factors do not explain everything, they constitute nevertheless a heavy legacy, which may favor drifting towards such kinds of behaviors. "From this knowledge, we can work to develop treatments that would be able to block the expression of this biological transmission," the researcher concludes.