’CO2 must be fairly priced’

Ambitious plans Peter Richner on the construction site of the future Empa campus - in front of the experimental building NEST, which will also serve as a test laboratory for climate-friendly construction in the future. Image: Empa

Empa is working intensively on solutions to reach the climate targets and is starting on its own doorstep. The new research campus currently under construction - co-operate - will be geared to minimizing greenhouse gas emissions thanks to innovative technologies and with as little compensation as possible in the form of certificates. Empa is also launching a research initiative to develop CO2-negative processes and bring them into use as fast as possible.

Anyone visiting the Empa and Eawag campus these days will find a large construction site: The new research campus, co-operate, with the future laboratory building at its center is growing rapidly. But interesting views are also provided by installations below ground. In the coming winters, 144 geothermal probes extending to a depth of 100 meters will supply heat - an innovative technology which, as a pilot project, is also expected to provide new insights.

For Empa, however, this is just the beginning. Photovoltaics will be further expanded on campus; the proportion of biogas is to increase. Intelligent control of the electrical and thermal networks and automated building operations should further reduce the consumption of fossil fuels. The insights gained in the process, with the goal of a zero-emission operation, will later benefit many other building projects in Switzerland and abroad.

To achieve Switzerland’s climate targets by 2050, it will not be enough to electrify cars, reduce emissions from industrial operations and optimize other areas - even then, large quantities of greenhouse gases will continue to be emitted, for example by the livestock industry in agriculture.

To achieve net zero thus requires technologies with a negative greenhouse gas balance. And to this end, processes for capturing and storing CO2 from the atmosphere must become much more efficient. One hope for this is aerogels, which researchers have been working on for years, and the possibility of converting CO2 into building materials.

Peter Richner, the new Empa and Eawag campus is taking shape. If you had one wish for its future, what would that be?

That would really be that our seasonal heat storage facility, which we have just built, indeed has the capacities we envision. This would enable us to save significant amounts of "leftover" heat from the summer for the winter to cover peak energy demand during the cold season.

2 emissions are to be reduced by almost three quarters compared to 2006. To this end, biogas is to be used increasingly; photovoltaics are to be expanded... - what else are you planning?

We are a very energy-intensive organization; there is always great potential for optimization. In order to save heating energy, for example, an experiment is currently underway in our administration building: We are trying to implement the technology of an Empa-Spinoff, «viboo» , which comes from our Urban Energy Systems lab. But I also have the feeling that we still have a large potential as far as research operations is concerned; there is rather little sensitivity there as to how much energy we actually consume in all our experiments.

What do you mean, specifically?

Do research facilities have to run 24/7? In the case of AC units, it’s clear that the more precisely you set the target room climate - say, plus-minus 0.5 degrees Celsius and plus-minus 2 percent relative humidity - the more energy you need to keep it in this narrow range. So the question really is: Aren’t there times and settings where we can live with larger fluctuations? That would immediately have a very positive impact on our energy consumption. I think these are things we haven’t looked at enough yet.

Recycling with style: Peter Richer in front of a partition wall in NEST that was built with used reference books and magazines. Image: Empa

So in the future, the Empa campus will be a "climate construction site" - with challenges that also apply to Switzerland as a whole. In cement production, greenhouse gas emissions are as unavoidable for the foreseeable future as they are in agriculture. Empa is now launching the Below Zero project over four years. What is it all about?

Of course, we have to reduce or prevent emissions. But it is also quite obvious that we will overshoot the CO2 emission targets of international agreements that would allow us to limit global warming to 1.5 to 2 degrees - simply because we reacted far too late and too slowly to climate change. In other words, we need to develop technologies that will cause atmospheric CO2 concentrations to drop. Collectively, these CO2-negative technologies can be summarized under the label "Below Zero"; so we called our corresponding research initiative CO2UNTdown.

And it is precisely the building sector that you see as the most effective lever...

Absolutely. The Swiss construction sector plays a central role with its material consumption and resource turnover, which are associated with high CO2 emissions. Also in operation: We still have a lot of fossil heating systems. And we have to change these conditions. If construction doesn’t get its act together, Switzerland won’t either. That much is clear.

CAREER: After studying chemistry and completing his doctorate at ETH Zurich, Peter Richner conducted research on plasma mass spectrometry at Indiana University and joined Empa in 1990.

SCIENCE: From 1995 he was responsible for the Corrosion/Surface Protection lab and became head of the Engineering Sciences department in 2002. He is also responsible for Empa’s Research Focus Area Energy and is co-founder of the experimental building NEST, which was opened in 2016.

What are your favorites among the Below Zero technologies of the future?

There are basically two ways to deal with atmospheric CO2: You can try to store it underground and hope that it will either remain there as a gas or be mineralized over time - there are certain rock formations that have the potential to do that. Or you say: No, I’m going to try to convert CO2 into a material that I can use to replace other materials. And if you really want to use millions of tons of materials to achieve a real effect towards negative emissions, it can really only be in the construction sector. And within the construction sector, concrete is the most important material, then asphalt, and then maybe insulation materials - we have huge potential sinks for CO2 here.

CO2-negative magnesium-based cements are already being investigated and developed at Empa...

This is a cement that can absorb CO2 and thus become CO2-negative on balance. But I also see great potential if we can replace aggregates for concrete or asphalt - that is, sand, gravel, crushed stones - for example, with carbon-based materials that basically originate from atmospheric CO2. There is just one "little" catch: We first have to capture the gas efficiently from the atmosphere.

Empa has long been working with highly porous aerogels, which could also help with such technologies. What is the current status there?

Recycling with style: Peter Richer in front of a partition wall in NEST that was built with used reference books and magazines. Image: Empa

We are at an early stage. Aerogels are suitable because, with their many pores, they have a very, very large specific surface area - similar to a sponge - that is needed to interact with the gas. And this surface has to be modified in such a way that CO2 can first be absorbed, but also be desorbed again later on in high concentrations. By means of modeling, we are trying to find out what the pore structure must look like for this interaction to take place. And, of course, how we can chemically modify the surface so that when a molecule hits it, it sticks and reacts.

Skeptical voices keep expressing that net zero cannot be achieved by 2050 despite all efforts. How do you intend to accelerate the process of bringing new ideas into building practice?

First of all, we have to show that there are practicable solutions. And then, of course, the question of cost comes up very quickly: It’s absolutely crucial that CO2 emissions are priced in a transparent and fair way. As long as we have certain sectors in our economy that are allowed to emit CO2 basically for free, it will be extremely difficult to establish CO2-neutral solutions. We see this in Switzerland, too: Depending on whether the CO2 emissions are from heating oil, from a diesel-powered vehicle or from kerosene in an airplane, they are taxed very differently - or even not at all. Policymakers must ensure a level playing field - because for our climate, it doesn’t matter where the CO2 molecule comes from.

Ambitious goals like Empa’s therefore also require support. If you had one wish to politicians, what would it be?

A new CO2 law is now in discussion, and opinions differ widely. There is a school of thought that says the first law was rejected because people don’t want more taxes - so there should also be no additional taxes in the new draft. But then the question is: How should anything move at all? I am more inclined to a system that will tax every greenhouse gas molecule depending on its effect on the climate, regardless of its source. But this new CO2 tax should be distributed back again to the people in the sense of an incentive tax - 100 percent; so the overall tax burden would not increase.

Based on what we know today, do you think Switzerland will achieve net zero by 2050?

If we want to, we certainly can. The only question is if we really want to - our will and determination is really all that matters.

The vision "Below Zero" is at the heart of Empa’s CO2UNTdown research initiative. It aims to further focus and harness the expertise of researchers to combat climate change. An initial focus is on the development of novel materials, followed by their scaling up and implementation to pilot and demonstration projects - on Empa’s newly emerging campus, for example in the NEST experimental and demonstration building. After about two years, this will be done in cooperation with partners from industry, who will also be involved in the evaluation of new solutions - with a view to practical use in the construction industry.

The entire Swiss construction sector is as complex as its challenges for the future. A group of experts has launched an initiative for an overall view - for new impetus in research and practice. 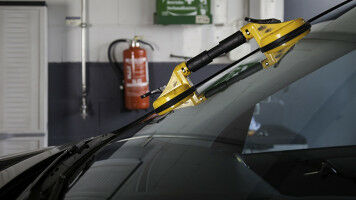 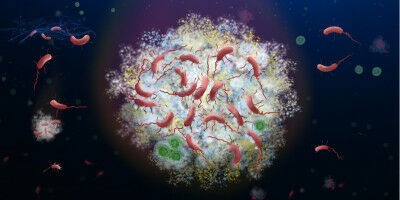