Top-notch research is the basis for a successful technology transfer 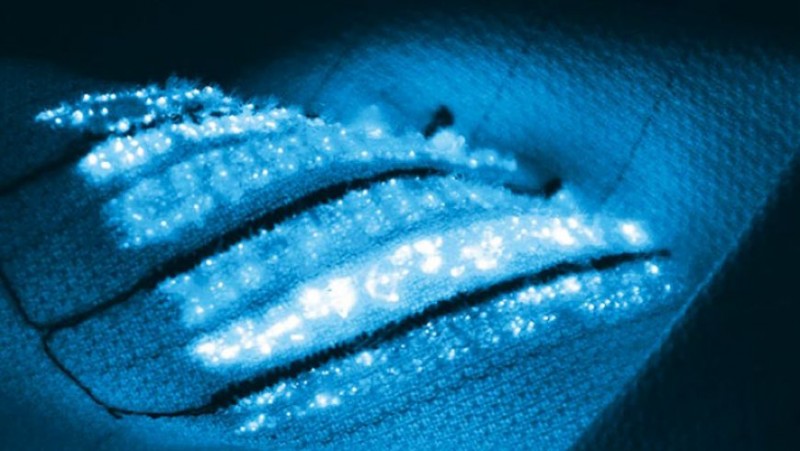 Cover Photo: Textiles with highly sensitive sensors can measure physiological parameters such as heart rate or blood oxygen saturation. The polymer optical fibers of the sensor are produced by melt spinning and can be processed directly as yarn.

In such a highly competitive environment as scientific research, it is a good idea to ask yourself on a regular basis just how well you fare by international comparison. With this in mind, Empa conducted a peer review last October: eleven international experts from all of Empa’s areas of activity scrutinized the institute’s output in research and innovation and compared it with the rest of the world.

Empa’s report card was stellar. The experts were unanimous in lauding Empa as an internationally acclaimed materials research institution, which attracts outstanding scientists and engineers. Moreover, they underscored the tremendous impact of the numerous research results and Empa’s innovation output for both industry and science, and encouraged Empa’s Board of Directors to continue on the chosen path.

For instance, by being at the forefront of using digitalization in materials science and technology development. After all, the topic of digitalization affects all of Empa’s research areas. In the field of "Advanced Manufacturing" (AM), the development of new materials requires data-intensive simulations of highly complex production processes and material properties. And modelling novel energy systems with the convergence of different-sized energy grids (single buildings, districts, cities) and the mobility sector is equally complex. As a result, Empa is set to expand its research activities in these areas in future, for example, within the scope of the new Materials and Technology Center of Robotics, through increased collaboration with the Swiss National Supercomputing Center (CSCS) in Lugano and the creation of a new high-performance computing infrastructure at Empa, and by focusing on sensor technologies for autonomous driving.

Empa’s outstanding peer review is also reflected in other analyses. Last year the Center for Science and Technology Studies (CWTS) at the University of Leiden conducted a bibliometric analysis of the scientific publications of the last decade. The results: firstly, Empa publications are cited above average internationally; secondly, Empa ranks among the 40 top universities/ research institutions in the world in terms of joint publications with industry.

Most of the patent applications Empa researchers file are also world-leading, as an analysis of the ETH Domain’s patent portfolio by BAK Economics revealed. The Basel-based economics research institute rated 45 percent of Empa’s patents as world-class and a further 20 percent as top patents.

Many of these patents result from cooperative projects. Last year alone, Empa concluded new research contracts with around 330 academic and industrial partners. More than 1,200 active contracts with partners from industry are currently underway, 70 percent of which are from Switzerland - for me, compelling evidence of how basic research spawns innovation. After all, successful knowledge and technology transfer can only thrive if it has a solid scientific foundation. And we will continue to champion this successful combination in future, true to our motto: Empa - The Place where Innovation Starts.