A technology to analyze NBA players 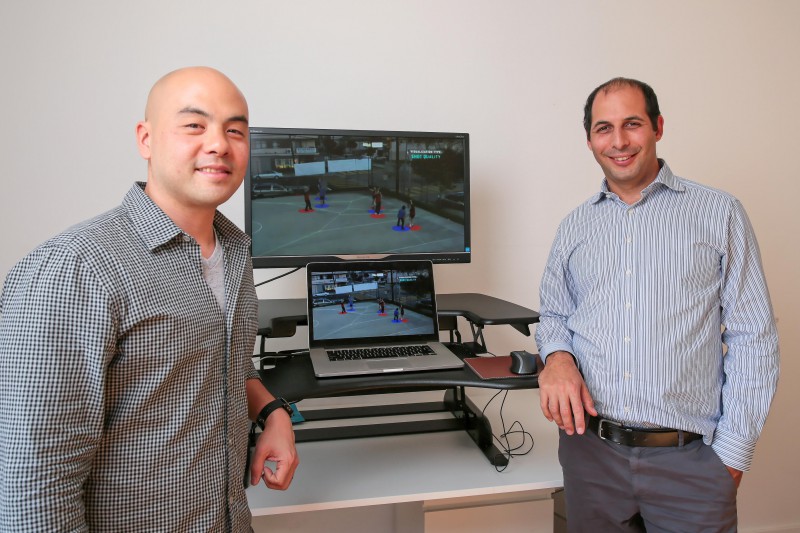 A new technology developed by PlayfulVision, an EPFL startup, records all aspects of sporting events for subsequent analysis in augmented reality. This system will be used in all National Basketball Association (NBA) games in the United States starting in 2017.

Will artificial intelligence and computer vision revolutionize the sports industry? That’s what Second Spectrum is counting on. This company uses a multi-camera system to capture and analyze the athletes’ every move. The aim is to see how players pull off a great pass, for example, and to assess whether or not certain shots should have been taken. This technology was developed at EPFL and then bought by Second Spectrum last year. It has caught the attention of the largest sports leagues in the world, including the NBA, which has just sealed a seven-year deal to use it in all official games starting in 2017.

‘Our technology makes the invisible visible, providing very detailed information to the fans, the commentators and the coaches,’ said Dr. Horesh Ben Shitrit, who co-founded PlayfulVision together with Professor Pascal Fua and is now the Director of Computer Vision products at Second Spectrum Switzerland.

The system is based on optical trackers that capture every move by every player and by the ball, recording their exact coordinates 25 times per second. This information will be used to carefully analyze games: body position, shots, rebounds and fouls. ‘We provide an in-depth understanding of the games, at a greater level of detail than a coach can perceive alone,’ says Shitrit.

This system will be a dream for commentators and fans alike. But it will also be a gold mine for players and coaches who, after studying their - and their opponents’ - past games, will adapt their strategy and training accordingly. ‘Up until now, fans had a sense that a given pass was really hard or that a given shot shouldn’t have been attempted,’ said Jeff Su, the CTO of Second Spectrum. ‘Now, we can quantify these things and show them in images. Our approach to the game will transform the fans’ experience and how they perceive and rate the athletes’ performance, thanks to both augmented and virtual reality.’

Second Spectrum continues to develop its projects in close collaboration with EPFL. Funding for its projects has just been approved by the Commission for Technology and Innovation (CTI), which promotes linkages between universities and industry.