Why is the earth shaking in Ischia?

Schematic illustration of the cause of seismicity in Ischia. Magma, injected about 6000 years ago, degasses, causing a decrease in its volume and general deflation of the island. The movement is continuous over time, but it can occur with rapid accelerations, producing disastrous earthquakes such as that of Casamicciola in 2017. © INGV

Italian and Geneva researchers unveil the cause of the often fatal earthquakes on the volcanic island of Ischia (Italy).

Volcanic islands, such as Ischia in Italy, are often the scene of major natural disasters caused by earthquakes. But why is the earth shaking in Ischia? Researchers from the University of Geneva (UNIGE), Switzerland, the University of Roma Tre and the National Institute of Geophysics and Volcanology (INGV; Italy) have highlighted the phenomenon responsible for the periodic earthquakes that have struck the island of Ischia. The results have just been published in the journal Geophysical Research Letters.

In the summer of 2017, a deadly earthquake occurred in Casamicciola, a municipality on the Italian island of Ischia, near the Neapolitan coast. This disaster remind us of another earthquake in 1883 that killed 2300 people. This event was so devastating that the word Casamicciola is now part of the Italian vocabulary to indicate disruption and ruins. Asked about the similarities of these seismic events, Italian and Geneva scientists questioned their possible causes, following requests from the Italian civil protection.

Earthquakes resulting from a phenomenal uplift

Scientists have realized that the volcanic nature of the island of Ischia is the very cause of its seismicity. «Ischia is a complex volcano which, in the geological past, experienced a phenomenal uplift of about 1000 metres, followed by dozens of eruptions, the oldest known of which dates back to 1302,» explains Luca Caricchi, professor at the Department of Earth Sciences at the Faculty of Sciences of the UNIGE.

The uplift of nearly 1000 meters that produced the highest peak on the island, Mt. Epomeo, resulted from the injection of magma a few kilometers below the surface. However, measurements over the past 23 years have shown that Mount Epomeo is slowly and steadily losing its elevation. «Earthquakes, like the one in Casamicciola, are a manifestation of the sudden acceleration of this movement,» continues the Geneva researcher. The research he took part in shows that the island’s deflation is the result of the decrease of volume of the magma that when first injected led to the emergence of the Mount Epomeo from the sea. Such deflation is produced by the release of magmatic gases.

These results not only reveal the cause of seismicity in Ischia, but also allow the scientists to predict that it will continue for hundreds of years. «Immediate measures must therefore be put in place to mitigate the seismic risk of this touristic island, if we want to avoid further disasters,» concludes Luca Caricchi. 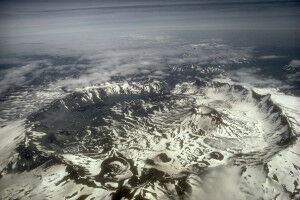