Better understanding of cellular metabolism with the help of AI

Metabolism is essential to all living organisms, and modeling the chemical reactions that sustain life is no easy task. Now, scientists have released REKINDLE, paving the way for more efficient and accurate modeling of metabolic processes thanks to deep-learning.

The way an organism metabolizes nutrients is a complex process. In the literature, the process can be modeled by a set of mathematical equations with parameters specific to each organism.

The parameters one would measure for a human would be different from those of a mouse, bacteria, yeast, or any living organism of study. If we had access to these parameters for a given living organism, then its corresponding model would be complete, it would match real-world observation, and in silico studies would be possible for better design of in vitro and in vivo studies.

On a practical level, however, determining those parameters is a complicated matter, due to the lack of experimental data. Typically, researchers require large amounts of experimental data and computational resources to determine these parameters. But what if you could circumvent the need for extensive data and still produce a model that corresponds to experimental observation and measurement? scientists propose just that with REKINDLE, a deep-learning based computational framework that reproduces the dynamic metabolic properties observed in cells. The results are published in Nature Machine Intelligence.

"REKINDLE will allow the research community to reduce computational efforts in generating kinetic models by several orders of magnitude. It will also help in postulating new hypotheses by integrating biochemical data in these models, elucidating experimental observations, and steering new therapeutic discoveries and biotechnology designs," clarifies Ljubisa Miskovic of EPFL’s Laboratory of Computational Systems Biotechnology and co-PI of the study.

"The overarching aim of metabolic modeling is to describe the cellular metabolic behavior to such a degree that understanding and predicting the effects of variations in cellular states and environmental conditions can reliably be tested for a wide gamut of studies in health, biotechnology, and systems and synthetic biology," explains Subham Choudhury, first author of the study. "We hope that REKINDLE facilitates the building of metabolic models for the broader community."

The method has direct biotechnological applications as kinetic models are important tools for various studies including bioproduction, drug targeting, microbiome interactions, and bioremediation.

The scientists are especially keen on how REKINDLE could be used to optimize the metabolic network of microbes to produce industrial scale chemical compounds e.g., replacing the traditional petrochemical based industry with cell-based factories.

A major challenge preventing the wide-spread use of kinetic modeling in the research community is the extensive computational requirements and lack of standardized computational software. The scientists hope their deep-learning based framework will unify the efforts in the scientific community.

"REKINDLE uses standard, widely used Python libraries that makes it accessible and easy to use," continues Choudhury. "Our main goal with this study is to pave the way to make these kind of modeling efforts open source and accessible so that anyone in the synthetic and systems biology communities can use them for their own research goal, whatever they may be." 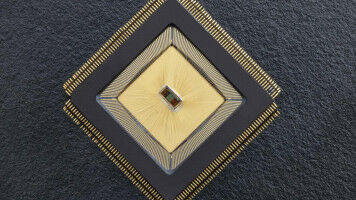