EPFL’s first Mental Health Week will take place on campus from 21 to 25 November. We spoke to Kathryn Hess Bellwald, who heads the Task Force Mental Health & Well-Being, about this initiative and the strategy behind it.

In academia, the constant pressure to perform can often be a source of immense stress. Achieving excellence is only possible if you’re healthy in body and in mind - because physical and mental health are two sides of the same coin. But it’s still a lot easier to talk about your physical trainer than to admit that you’re seeing a therapist. In order to break the taboo around mental health and meet the needs of its community, EPFL has set up the Task Force Mental Health & Well-Being. Its mission? To raise awareness, to provide effective support and to make the School a place where people can talk openly about mental health. The person tackling this ambitious challenge head on is Kathryn Hess Bellwald, the Associate Vice President for Student Affairs and Outreach.

How did the Task Force Mental Health & Well-Being come into being?

Representatives of the student community told us that more and more people were struggling with their mental health and asked us to do something about it. It was a similar story among PhD students and postdocs. For instance, the Peer2Peer Counseling Center reported a rise in demand for support.

But these problems aren’t exclusive to students. They affect academic, administrative and technical staff, too. After talking to Prof. Hilal Lashuel, I realized that we needed to take a holistic, community-wide approach to mental health. Our ability to fulfill our missions relies on us all being in the right frame of mind. So we set up this new Task Force to develop a strategy to promote well-being throughout the community. I’m extremely grateful to the EPFL Direction for its support, because this is such an important initiative for our School. For me personally, this new responsibility is akin to a voyage of discovery. I’m working with subject-matter experts and learning about a whole new field - one that’s far removed from mathematics, which is where my research interests lie.

What practical steps is the Task Force taking?

The Task Force includes four working groups. One of these groups is tasked with organizing Mental Health Week , which starts on 21 November and will see a range of lectures, workshops, panel discussions and other events take place across campus. That same week, we’re going to launch a survey - developed by a second working group - to build a picture of what our community needs, what specific issues need addressing and what’s working well. The survey questions have been independently verified, so we know we’ll be able to extract useful insights from the data. Based on the findings, we’ll make evidence-based recommendations on measures for different sections of our community.

Another working group is developing a mental health first-responder training program, consisting of a core e-learning module plus a more in-depth class. The course will teach participants how to spot when someone’s struggling, how to talk about mental health issues and how to identify what help someone needs. First responders aren’t expected to fulfill the role of qualified specialists: their job is to help people who are struggling and direct them to the right place for support.

The fourth and final working group is tasked with developing activities and events for researchers and teaching, administrative and technical staff. The idea is to get people talking openly about mental health and to make sure employees have a healthy work-life balance.

I’m extremely grateful to all the Task Force and working group members for their hard work in getting these important initiatives off the ground.

Academia is a fiercely competitive environment. How can people look after their mental health under such pressure?

Students shouldn’t feel under any pressure to compete, because their success depends entirely on their individual performance. But an increasingly heavy workload puts everyone under strain - not only students, but also administrative and technical staff.

Researchers, meanwhile, are competing with their peers around the world. This puts them under enormous pressure, which can be hard to bear. Since this is a systemic issue, the real question we have to ask ourselves is how we can help people cope with this stress and what, if anything, we can do to ease the strain. I’ve found that academic staff members prefer to talk about well-being because they find it hard to use the words "mental health." But it’s something we should be opening up about. After all, good mental health boosts your performance.

Since this is a systemic issue, the real question we have to ask ourselves is how we can help people cope with this stress and what, if anything, we can do to ease the strain.

As an EPFL professor, the Associate Vice President for Student Affairs and Outreach, and a mother of four children, how do you manage your own stress and pressure?

I’m learning to listen to my mind and my body - to spot the signs that I need to switch off. It’s important to recharge your creative batteries from time to time. If you’re under too much stress, there’s no space in your mind for creativity.

What provisions does EPFL currently have in place for people who need support?

Our on-campus social counselors offer free consultations for our Bachelor’s, Master’s and PhD students. With demand for this service on the rise, a new member will be joining the team on 1 December (funded by the EPFL Student Foundation).

We’re also making more slots available as part of our psychotherapeutic consultation partnership with Lausanne University Hospital (CHUV), under which students have their first appointment - free of charge - at EPFL. Thanks to CHUV’s "brief psychodynamic intervention" approach , more than half of the people who use this service need only four sessions.

We’ve also expanded the occupational health team. The Security, Safety and Facilities Operations Department has hired two doctors on a job-share basis. And we’re continuing to offer the Self Care and Team Care programs that the Human Resources team introduced during the pandemic.

On the research front, the School has a large body of scientists working in neurosciences. EPFL will soon be one of three institutions - along with the University of Lausanne and the University of Geneva - to host a faculty center within the Synapsy Network for Mental Health , which was set up following the NCCR-Synapsy research program supported by the Swiss National Science Foundation. The center will serve as an important source of scientific expertise for the Task Force. 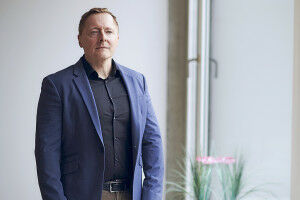 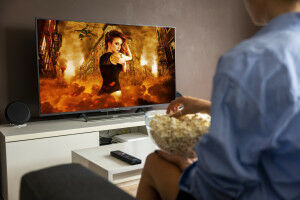