Substantial sums for research and development 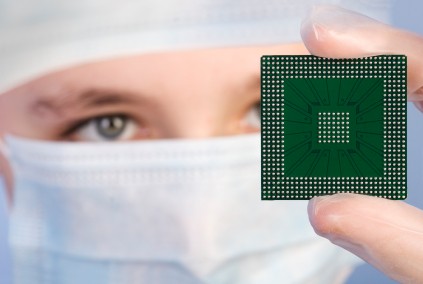 In an international comparison, Swiss companies spent substantial sums on their research and development (R&D) activities in 2008. This investment was not only marked in Switzerland, but also in foreign affiliates. This shows a  new analysis of the Federal Statistical Office (FSO).

The degree of internationalisation of R&D activities by Swiss enterprises is proportionately much higher than that of Switzerland’s main economic partners. Indeed, with CHF 15.8 billion in 2008, Swiss foreign affiliates spent significantly more on intramural R&D than all enterprises in Switzerland (CHF 12.0 billion).

Leading role of the «Pharmacy» industry

The marked internationalisation of Swiss R&D is attributable to the fundamental role played by the «Pharmacy» industry in the expansion of R&D expenditures. Thus, in 2008 (last year surveyed), while enterprises in the «Pharmacy» industry allocated 4.6 billion to R&D carried out in Switzerland, their foreign affiliates spent CHF 10.6 billion on R&D. Thus, both in Switzerland and abroad, this industry plays a leading role and contributes greatly to the dynamism of all such expenditures.

The import and export of R&D and technologies such as patents is growing continuously. Thus, during the ten years preceding the 2008 survey R&D exports increased more than fourfold and imports rose more than fivefold. These figures illustrate the growing integration of Swiss R&D in an increasingly globalised knowledge society.

... and significant involvement by Swiss researchers in the research framework programmes

From marketing to poetry, facing the ’last breaths’ - 30.09
Federal Councillor Guy Parmelin to travel to India on economic and scientific mission - 29.09

Home ownership leads to less happiness than expected - 20.09
This site uses cookies and analysis tools to improve the usability of the site. More information. |