Horse deworming: targeted diagnosis at the University of Neuchâtel 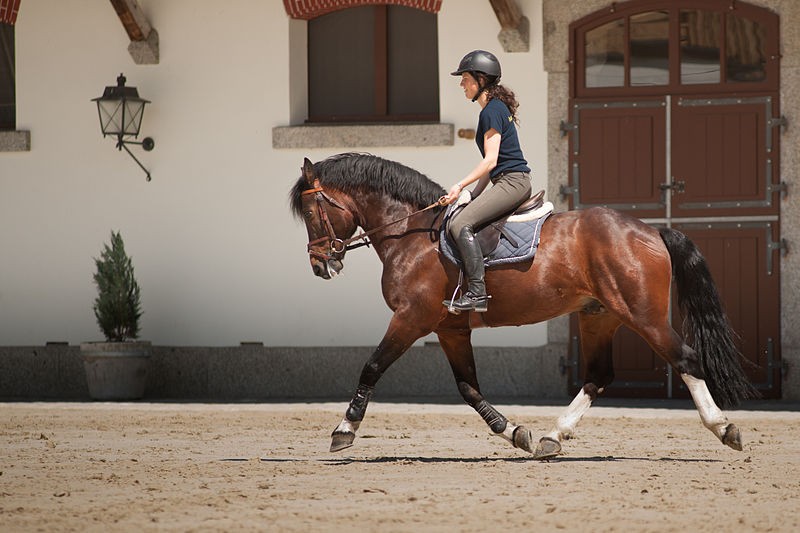 A horse of the Franches-Montagnes breed (Swiss National Stud)

Intestinal worms are the most feared problem among horse owners. To prevent them, the entire herd is systematically dewormed without any preventive control. Unfortunately, this procedure leads to an alarming growth of resistance to different dewormers and is no longer a sustainable solution. To remedy this problem, two postdoctoral biologists founded a coprological diagnostic service called Animal Diagnostic. Initial investigations reveal that only 20-30% of the horses tested actually carry intestinal worms.

With the emblematic Franches-Montagnes breed, the Jura Arc demonstrates its unconditional love for horses. The region’s municipalities are among those with the most horses in Switzerland. But this livestock, like many other domestic animals, does not escape the scourge of intestinal parasites. Preventive and systematic treatments are therefore routinely carried out, although these methods lead to an increasing number of resistance to deworming agents.

However, there is a way to try to reverse the trend. Two postdoctoral researchers in parasitology at the University of Neuchâtel argue for selective deworming. Before prescribing any treatment, Liselore Roelfstra and Marion Quartier perform coprological analyses to determine the degree of contamination in the animal and identify horses that are truly worm carriers and require treatment.
But there’s more. The method also identifies the parasite species from which horses are affected, which are among the three most common in equids. These are the small strongyles, the nematode Parascaris equorum and the tapeworm Anoplo-cephala. Their effects are on the host’s digestive system, which they literally invade if unchecked, leading to various diseases that can be severe.

In their laboratory at the University of Neuchâtel, the two biologists have already sifted through nearly 500 samples of horse manure since May 2013. The verdict is clear: "Only 20 to 30 percent of the horses analyzed carry intestinal parasites," the specialists note. In other words, only this percentage of individuals is responsible for the spread of parasites in pastures. There means that treatment can be greatly reduced.

Eventually, Animal Diagnostic will also offer analyses for other herbivores, such as cattle, sheep and goats.

Related Stories
Veterinary
No room for discrimination or harassment - 08.06.2021

Cribbing Horses Can also Solve Complex Tasks - 26.11.2018
This site uses cookies and analysis tools to improve the usability of the site. More information. |