Biodiversity: Does the dispersion of species always follow the same rules? 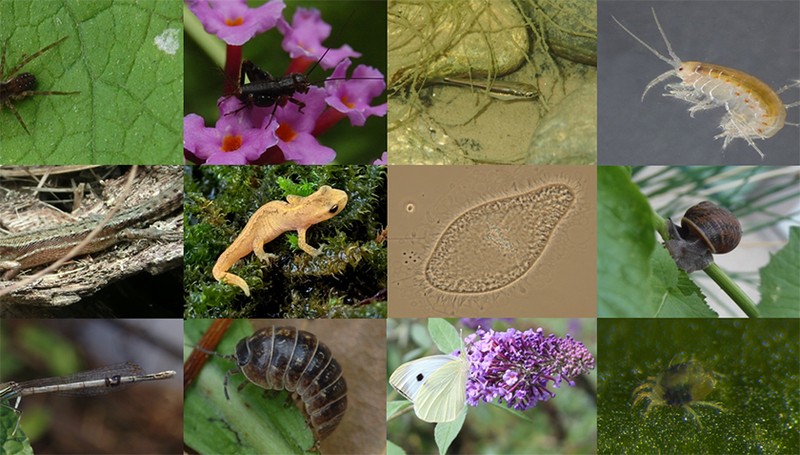 Range of species used in the experimental protocol of the study on the dispersion of species. (Images: Julien Cote)

It is common among many species for individuals to move around during their lifetime in order to settle in better adapted habitats, a process known as dispersion by ecologists. In order to improve scientific predictions of the future of biodiversity in the face of global changes (such as climate change, landscape fragmentation and biological invasions) it is very important to understand the mechanisms of dispersion, which modulates the adaptation of species to their environment. Yet this process is very often simplified in current predictive models, underestimating the impact of global change.

In a new study, an international network of researchers, including Eawag ecologist Florian Altermatt and his group at the Faculty of Science of the University of Zurich, has established certain general rules to explain the dispersion of species from very different kingdoms. They thus demonstrate that of 21 species, ranging from microorganisms to vertebrates, dispersion responds to forces created by other species present in the ecological network, namely the presence of predators and the abundance of food.

This dependence on the presence or absence of other species must thus be taken into account in models predicting global change.