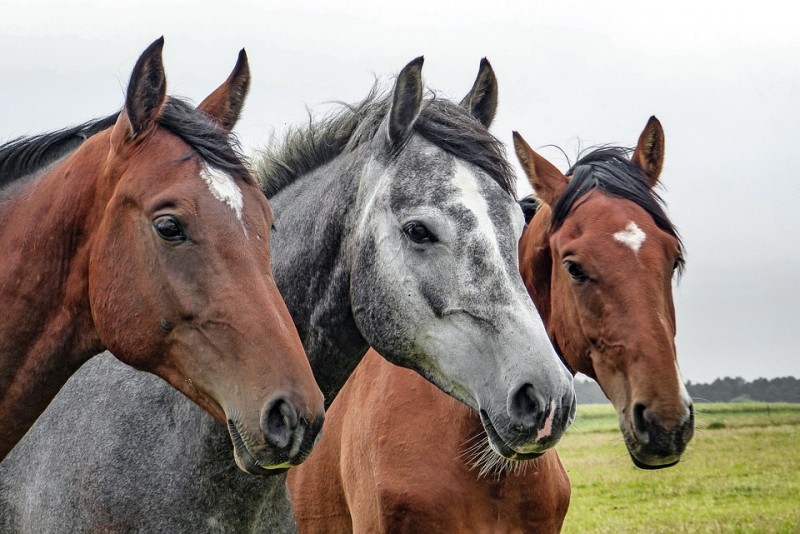 A study conducted by Agroscope’s Swiss National Stud Farm (SNSF) in collaboration with the University of Neuchâtel refuted the assumption that cribbing horses perform less well in complicated learning situations than other horses. All horses in the study were able to recognise symbols as well as solve inverse conclusion exercises, which are difficult for horses. The critical factor here is for cribbers to be allowed to crib while performing the tasks, thereby relieving their stress.

Cribbing is a stereotypical, repetitive behaviour in horses without an obvious function. Cribbing horses usually place their upper incisors on a stall fixture such as the feed trough, contract the muscles of their lower neck, and emit a characteristic noise or grunt. Horses in the wild do not exhibit stereotypies such as cribbing. These behaviour patterns arise during periods of chronic stress, and owing to a genetic predisposition. With domesticated horses, suboptimal keeping conditions and repeated experience of frustration are the cause, such as when the desire for exercise or food intake is only satisfied to a limited extent.

Agroscope researcher Sabrina Briefer Freymond designed a challenging four-part test with two reversal learning tasks to determine whether certain regions of the brain are impaired in cribbers, with a consequent limiting of various learning outcomes. In the study, conducted with six cribbing and seven control horses, the animals had to learn to distinguish two different-coloured symbols: a circle and a cross on a black or white background. The symbols were attached to two automatic feed flaps in random order. Once they had recognised the correct symbol and pushed the right flap, they were rewarded with food. After six successful performances in a row, the task was reversed. The feed flap with the symbol that previously produced no reward was unlocked, giving the horses access to the feed. The rethink needed here to crack the challenge proved to be the most difficult learning step for the horses, requiring the most attempts. Here too, however, the horses demonstrated their ability to succeed, managing to solve the second reversal task a good deal more quickly. In other words, they seem to be learning how to learn.

The results showed that all horses, cribbers or not, were capable of solving the learning tasks. In addition, no differences were detected in pulse or heart-rate variability. "Cribbers learn this task as well as other horses" Sabrina Briefer Freymond commented. "We were unable to detect any learning difficulties, which surprised us. The crucial difference between our study and earlier ones conducted by other researchers is that we allowed the horses to crib when they needed to." Briefer Freymond had in fact discovered in an earlier study conducted by the Swiss National Stud Farm SNSF that cribbing horses are more sensitive to stress, and that for them, cribbing represents a stress-relieving strategy. Moreover, the tasks were designed so as to maintain motivation and reduce stress, with the learning tests being limited to twice x 20 tests daily. What’s more, after three mistakes the animals were rewarded anyway, in order to maintain their enjoyment of problem solving. Summing up, Briefer Freymond commented: "Variety and the experience of success are important in work with horses."

Major funding award to enhance breeding of laying hens - 04.07
Transparency in research using animals: USI is part of the STAAR Commission - 30.06
This site uses cookies and analysis tools to improve the usability of the site. More information. |