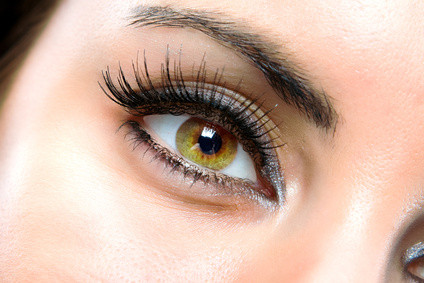 Why do we move our eyes fast in the paradoxical sleep - in that sleep phase, in which most dreams take place? The secret is not yet fully aired, but we are on his track: A team of researchers has identified the nerve cells behind this curious phenomenon.

REM - Rapid Eye Movement - is not only the name of a successful American rock band, but also and not least a characteristic eye movement in paradoxical sleep, so in the stage with high dream activity. This sleep phase has a peculiarity: Although the muscle tone of the sleeping person completely relaxed, the eyes suddenly move back and forth. The name "paradoxical sleep" is well deserved. Characteristic of these are signs of deep sleep (muscle atony) in connection with a brain activity, which is very similar to those in the waking state, and eye movements. This sleep phase was discovered in the 1950s by French and American researchers and consequently called rapid eye movement sleep (REM sleep), i.e. sleep with rapid eye movements. Why can this strange phenomenon be useful? For 70 years, scientists have been dreaming of getting to the bottom of the mystery. Thanks to the productive cooperation between the universities of Bern and Fribourg, this dream could now come true.

For several years, the team led by Franck Girard and Marco Celio at the University of Freiburg has studied neurons under the microscope, which occur in the brain stem and form a structure that is reminiscent of butterfly wings, which is why she was baptized Nucleus papilio. "These neurons are associated with multiple nerve centers, especially those responsible for eye movement, and those involved in sleep control," explains Franck Girard. "Therefore, we asked ourselves the following question: may the nucleus papilio neurons play a role in the control of eye movements during sleep?"

To test this hypothesis, the Freiburg researchers turned to the research group headed by Dr. C. Gutiérrez Herrera and Prof. A. Adamantidis at the Department of Neurology at the Inselspital, University Hospital Bern, and Department for BioMedical Research of the University of Bern, who are investigating sleep in mice. "To our surprise, we found that these neurons are particularly active in the phase of paradoxical sleep," reports Dr. Carolina Gutierrez. The researchers from Bern gathered the loop around the nucleus papilio neurons even more closely and were able to demonstrate with the help of optogenetic methods (combined optical and genetic techniques) that their artificial activation causes rapid eye movement, especially during this sleep phase. Conversely, the inhibition or elimination of these same neurons blocks the movement of the eyes.

Now that it is clear that the nucleus papilio neurons play an important role in eye movement during REM sleep, it is important to find out what function this phenomenon has. Is it due to the visual experience of dreams’ Does it matter in preserving memories? "Now that we are able to specifically activate the nucleus papilio ‘on demand’ in mice by optogenetic methods, we may be able to find answers to these questions," says Antoine Adamantidis. The next step, however, will be to confirm the activation of nucleus papilio neurons during REM sleep in humans. The researchers have not yet found the key to their dreams, but they’ve come a long way.

A better understanding of the neural circuits involved in paradoxical sleep is therefore a prerequisite for understanding for instance how these neurons are prone to degenerative changes in diseases such as Parkinson’s.

Genes and Languages - 22.11
This site uses cookies and analysis tools to improve the usability of the site. More information. |