Perovskite solar cells tested for real-world performance - in the lab 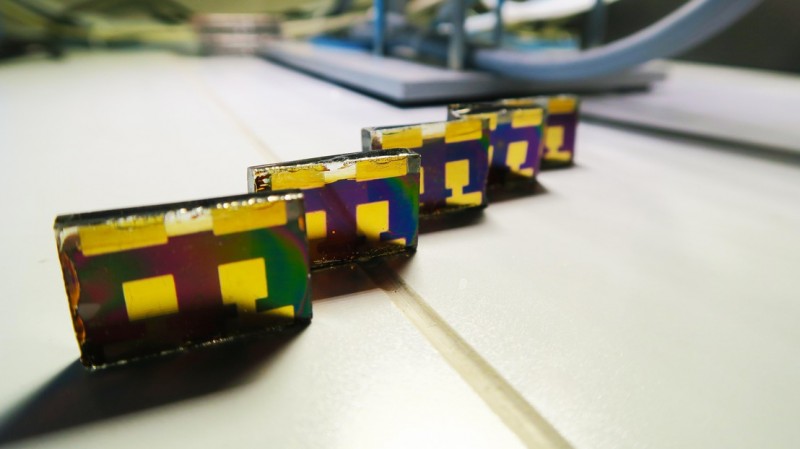 Researchers bring diurnal and seasonal variations into the lab to test the performance of perovskite solar cells under realistic conditions. It was only ten years ago that metal-halide perovskites were discovered to be photovoltaic materials. Today, perovskite solar cells made are almost as efficient as the best conventional silicon ones, and there is much hope that they will become a highly efficient and low-cost alternative, as they can be manufactured by rather simple and fast methods like printing.

The major obstacle for commercialization is the stability of perovskite devices. Operational stability is commonly assessed either by continuous illumination in the lab or by outdoor testing. The first approach has the disadvantage of not accounting for real-world operation variations in irradiance and temperature because of day-night and season changes. These are especially important for perovskite solar cells because of their slow response times.

On the other hand, outdoor tests require that the devices are encapsulated to protect them against exposure to harsh weather conditions. But encapsulation mainly addresses parasitic failure mechanisms that are not necessarily related to the perovskite material itself.

To escape from this dilemma, Wolfgang Tress, a scientist with the lab of Anders Hagfeldt at EPFL , working with colleagues at the lab of Michael Grätzel , brought the real-world conditions into the controlled environment of the lab. Using data from a weather station near Lausanne (Switzerland) they reproduced the real-world temperature and irradiance profiles from specific days during the course of the year. With this approach, the scientists were able to quantify the energy yield of the devices under realistic conditions. "This is what ultimately counts for the real-world application of solar cells," says Tress.

The study found that temperature and irradiance variations does not affect the performance of perovskite solar cells in any dramatic way, and although the efficiency of the cells decreases slightly during the course of a day, it recovers during the night.

"The study provides a further step towards the assessment of the performance and reliability of perovskite solar cells under realistic operation conditions," says Tress.

The trees that tell a story at the Rolex Learning Center - 21.01