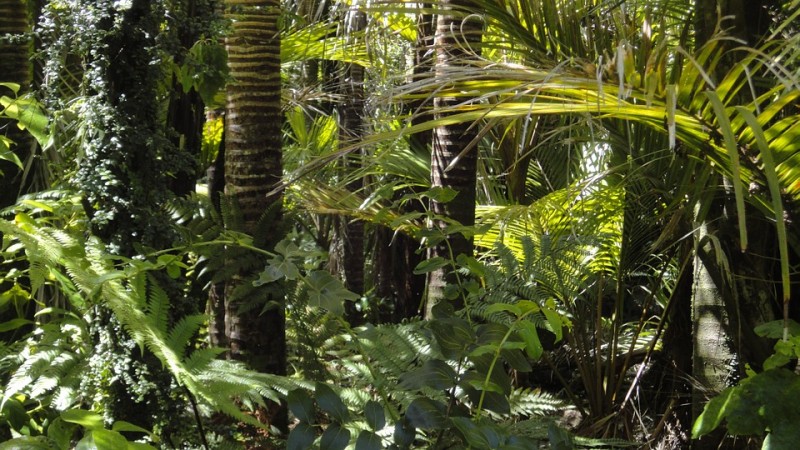 Most of the knowledge that indigenous communities in South America have about plants is not written down. Now, ecologists have analyzed comprehensive information about the services provided by palm trees from multiple regions and made it accessible via a network approach. What they also discovered in the process was that the simultaneous loss of biodiversity and knowledge represents a key threat to the survival of indigenous peoples.

Plants play an important role for most indigenous communities in South America, and not merely as a source of food. They also provide the raw material for building materials, tools, medicine, and much more. The extinction of a plant species therefore also endangers the very foundation of these people’s way of life.

But there is another threat that has more or less gone unnoticed: The disappearance of the knowledge of what the different plant species are used for. The problem is that this is not written down. Passed down as a cultural inheritance, it exists only in the minds of the people - and could therefore vanish almost unnoticed. “Very little is known about how vulnerable this knowledge is in the context of current global change,” says Jordi Bascompte from U. Zurich. “There is therefore an urgent need to find out how biological and cultural factors interact with each other in determining the services provided by biodiversity..”

Analysis of the use of palm trees

Consequently, Jordi Bascompte and Miguel A. Fortuna teamed up with Rodrigo Cámara-Leret from the Royal Botanic Gardens in the UK to study these interactions on a large scale for the first time. For their study, they analyzed knowledge held by 57 indigenous communities in the Amazon basin, the Andes and the Chocó region to collate their knowledge of palm trees. The researchers then depicted the different palm species and their uses in graphical form in a network, from which they could identify the local and regional links between the knowledge of indigenous communities.

Each community knew around 18 palm species and 36 different possible uses on average. For example, the fruit is eaten, dried leaves are woven into hammocks and the trunks can be split and laid as flooring in huts. The study revealed that the knowledge of the different communities only overlapped partially, even with respect to the same species of palm.

Using simulations, the researchers analyzed what would happen if knowledge of a particular species or use were lost. They found that the network is extremely fragile, with the loss of just a few components having the potential to make an enormous impact on the entire system: “In this context, cultural diversity is just as important as biological diversity,” says Jordi Bascompte. “In particular, the simultaneous loss of plant species and cultural inheritance leads to a much faster disintegration of the indigenous knowledge network.”

Importance of cultural and biological factors

Bascompte and his colleagues concluded that, to date, too little attention has been paid to cultural factors. “The focus is typically directed toward the extinction of plant species. However, the irreplaceable knowledge that is gradually disappearing from indigenous communities is equally important for the service that an ecosystem provides.”

The study also highlights the value of transdisciplinary collaboration between ecology and social science: “The relationship established between biological and cultural diversity can help strengthen the resilience of indigenous communities in the face of global change.”

Rodrigo Cámara-Leret, Miguel A. Fortuna, and Jordi Bascompte. 2019. Indigenous knowledge networks in the face of global change. Proceedings of the National Academy of Sciences USA, in press. DOI: 10.1073/pnas.1821843116