Better Understanding of Air Pollution and Health in Europe 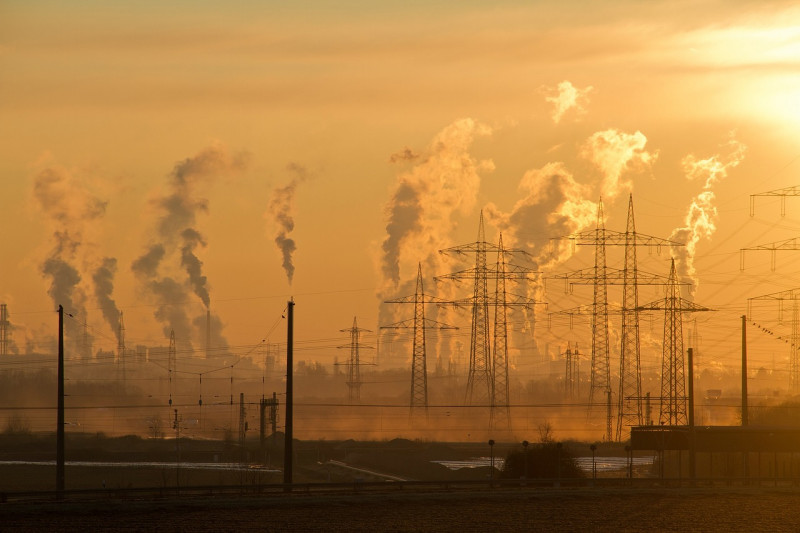 Reducing air pollution and its burden on health is the aim of environmental agencies and global agendas, including the Sustainable Development Goals.

To date, air pollution represents the largest environmental risk to health. According to the World Health Organization, air pollution is responsible for about one in every nine deaths annually. A new study by Swiss TPH used robust modelling methodology to estimate nitrogen dioxide levels in Europe through the combination of monitors, satellites and chemical transport models. This study provides relevant information on air pollution and health to assist policy makers and scientists in the decision-making process on population health.

Air pollution - both ambient (outdoor) and household (indoor) - is the biggest environmental risk to health, with ambient air pollution alone killing around 3 million people each year, mainly from non-communicable diseases. Air pollution continues to rise at an alarming rate, with death tolls surpassing those of war, malaria and cigarettes according to recent studies.

As air pollution continues to become a growing concern, data on air quality has become readily available as the science underlying the related health impacts is evolving rapidly. One aspect that has grown in importance is statistical modelling of large spatial data.

A new study by Swiss TPH scientists, which was published in the peer-reviewed journal Environment International, used Bayesian geostatistical modelling methodology to estimate the spatial distribution of nitrogen dioxide (NO2) in Europe through the combination of monitors, satellites and chemical transport models data. This study provides relevant information for policy and decision-makers in Europe and can contribute to improved estimates of the burden of diseases attributable to NO2.

Bayesian geostatistical modelling of NO2 exposure in Europe

Bayesian geostatistical models estimate air pollution exposure at high spatial resolution, quantify the prediction uncertainty and provide inference on air quality thresholds. "This is the first study of its kind to estimate the population exposure to NO2 in 44 European countries at 1 km2 spatial resolution using rigorous Bayesian methodology, which is new compared to similar studies", said Penelope Vounatsou, Head of the Biostatistics Unit at Swiss TPH. "We can now support air pollution monitoring and surveillance in Europe by providing accurate estimates of air quality together with measures of uncertainty. This leads to improved characterization of uncertainty when estimating disease burden, and ultimately to increased understanding of the effects of air pollution on health."

NO2 is part of a group of gaseous air pollutants produced as a result of road traffic and other fossil fuels. Studies show that long-term exposure to NO2 levels in Europe continues to pose a threat to public health. "Following our previous work in which the focus was on modelling pan-European concentrations of particulate matter (both PM10 and PM2.5) at high geographical resolution, we extended our methodology to provide surface NO2 estimates across the continent by incorporating novel data from satellites and chemical transport models. Thus, we were able to paint a more complete picture of the current situation in Europe." said Anton Beloconi, PhD student at Swiss TPH.

The study was also able to determine areas in Europe that exceeded the air quality guidelines’ threshold set by the European Union and the World Health Organization - information which is highly valuable to policy and decision-makers in Europe.

The Bayesian Modelling and Analysis group at Swiss TPH carries out research in advanced statistical modelling and Bayesian computation, focusing on the analysis of very large, space-time data arising mainly in the areas of malaria, neglected tropical diseases, mortality, cancer and environmental epidemiology. Applications of this work include disease burden estimation, exposure assessment, estimation of the effects of health intervention and policies in space and time, disease and environmental surveillance.

The expertise of the group is highly valuable not only to policy and decision makers, but also to environmental agencies and health organisations, as it provides technical support in building accurate evidence on air pollution and health at national, regional and global levels.

A leading institute in the field of air pollution and health

Swiss TPH is a leading research institute in the field of air pollution and health. Experts monitor air quality and employ spatio-temporal modelling methods to estimate exposure to pollutants and its impact on public health, advises policy-makers to formulate evidence-based health policies, and participates in the steering board of the "WHO Air Quality Guidelines", the world’s leading reference point for the setting of science based national air quality standards.

f
Share
Like
Related Stories
Health
United against the virus - 27.03
Additional funding for Covid 19 research - 27.03
A device for the early detection of certain eyesight problems - 27.03