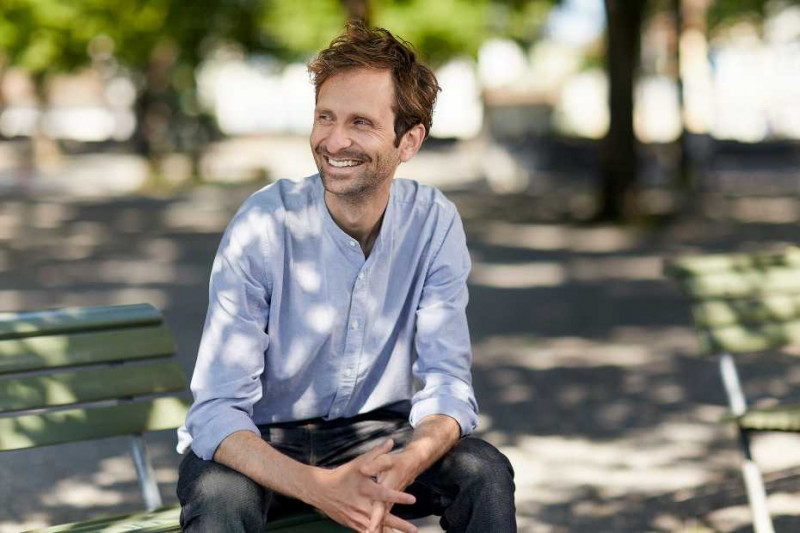 Research and family belong together for Sebastian Schemm. The father of two small children leads a research group at ETH Zurich which is investigating atmospheric circulation and its effects on weather and climate dynamics.

Sebastian Schemm takes a holistic view of life. The 35-year-old assistant professor at the Institute for Atmospheric and Climate Science (IAC) finds an even balance between his work, family and leisure time. "For me, there’s not so much a distinction as an interrelationship between research and family life." That’s mainly why the father of a fourand a seven-year-old has only worked part-time for a large part of his career as a scientist, although no less successfully. Winning the Young Scientist Award 2019 from the European Meteorological Society (EMS) and receiving an ERC Starting Grant in September last year are two accolades that speak for themselves. "I just get on with it," is how he describes his approach to life.

Flexibility is essential when bringing up children

"While my scientific work and childcare are not simultaneous, research and family often go hand in hand - both in terms of space and time. Flexibility is paramount," Schemm comments. He and his partner, the architect Franziska Wittmann, regularly review how they share tasks. She also works at ETH, as a scientific assistant in the Department of Architecture.

Since their first son came into the world in 2012, while Schemm was a doctoral candidate at ETH, the couple have always been open to exploring new solutions. From the very start, both worked part-time and passed over the opportunity to visit many conferences or lectures. "We focused on what was most important". Schemm believes that the way we work and look after children could basically become more symbiotic. "What is referred to as the ’Leaky Pipeline’ is also driven by the effect of researchers becoming parents".

Successful career even on a part-time basis

Schemm stresses that his career has only been successful because he has always received appropriate support. After his time as a doctoral candidate at ETH, Professor and the birth of his first child, Professor Heini Wernli offered him a 60% position. Then when he went on to spend three years as a postdoctoral researcher at the University of Bergen in Norway, the institute’s director Professor Nils-Gunnar Kvamstø allowed him to work part-time.

After a spell in Paris conducting research and then working as a visiting professor in Vienna, Sebastian Schemm was appointed assistant professor at ETH in January 2020. So he had to be even more focused in reconciling his work and family life - establishing his own research group is very time-consuming. But he’s not worried about it all becoming too much for him. "It’s a privilege to be able to work as freely as one can in the world of science," he says. In addition, research ideas often come to him outside the office.

Research in a highly relevant field

He can hardly imagine not being involved in research. "I like to study atmospheric phenomena and obtain a better understanding of the world around me," Schemm says. He originally studied physics before his fascination with weather led him to specialise in atmospheric flow and climate physics. His current research focuses on the interface between weather and climate. The focus is on chaotic flow dynamics and the propagation of waves in the atmosphere, which can affect weather patterns across thousands of kilometres.

Using high-resolution simulations, he wants to find out how condensation and evaporation, radiation and turbulence affect the weather. "For example, I’d like to know what determines the trajectories of clouds, where extreme storms draw their energy from, or how global warming affects the planet’s atmospheric circulation and thus local weather."

Although Sebastian Schemm is mainly involved in fundamental research, he is delighted that his work has recently gained prominence in response to the public debate on climate change. "It is highly motivating to work in an area with so much social relevance."

Susan Gasser receives honorary doctorate from the University of Fribourg - 16.11.2021

The trees that tell a story at the Rolex Learning Center - 21.01