Understanding mutations at different levels of the cell 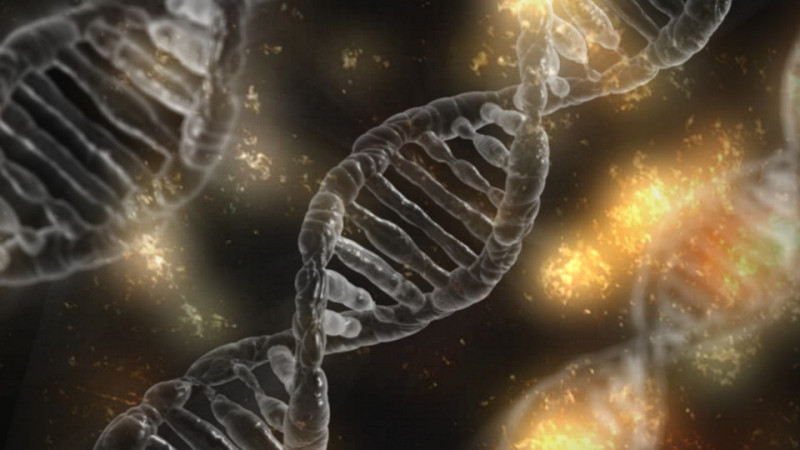 Researchers from ETHZ have demonstrated how mutations in a gene influence the structure, function and interaction network of a protein complex. Their work lays a key foundation for personalised medicine.

In the wake of proclaiming the "Age of the Genome" in the 1990s, scientists mapped the DNA of many organisms, building block by building block. Take the Human Genome Project, for example: in 2003, the participating researchers decided to take on the enormous task of decoding the entire genome - in other words, the full DNA sequence - of a human being.

Over the course of this industrious undertaking, however, the researchers discovered a high number of mutations, or changes in individual genes. Today there are huge databases that list all these mutations, yet these are still understood only in part - or not at all.

"DNA contains the blueprints for creating proteins," says Martin Mehnert, former postdoc under Ruedi Aebersold, Professor of Systems Biology. He continues, "If there’s an error in those blueprints, then this can have an effect on proteins, their functions and activities, and on their interactions with other molecules." But the precise details of how such "blueprint errors" have this impact are by large unknown.

This is where the ETH researchers come in. In a study published , they demonstrate how mutations in a gene of the enzyme Dyrk2 affect the protein itself as well as its structure, function and interaction network.

Dyrk2, a kinase, is part of a protein complex that contains another enzyme and serves as a docking site for various other proteins that the enzymes process.

Dyrk2 is responsible for phosphorylation, a process in which it attaches a phosphate molecule to specific points on other proteins. Subsequently, the second enzyme in the complex, a ligase, attaches several ubiquitin molecules onto the phosphorylated proteins. This ensures that the correspondingly marked protein is assigned to a molecular shredder.

Measuring the effects of mutations

For their study, the ETH researchers selected six known mutations of the Dyrk2 gene from a database. Bioinformaticians had already calculated a damage probability score for each of these mutations.

To map the effects that mutations in the Dyrk2 gene have at cell level, the researchers used various mass spectrometry-based methods to measure all the proteins and their phosphorylation status present in the cell - what is known as the proteome. "What’s special about this work is that by applying proteomics, we can measure the footprint of mutations on different cellular systems at the same time," Mehnert says. As a recipient of an EMBO fellowship, Mehnert worked on this project for five years. Aebersold financed the study with his second ERC Advanced Grant.

Both silent and damaging mutations found

The proteomic analyses showed that changing just one component of the Dyrk2 gene was enough to impact the cell at various levels: the spatial arrangement of the enzyme and its interaction with other proteins including the phosphoproteome; in other words, all the phosphorylated proteins.

Some of the analysed mutations have such a massive detrimental effect on the function and activity of the complex that its two enzymes can no longer interact with one another. This leads to malfunctions and ultimately to the disassembly of the complex, which in turn can impact other cellular systems.

Yet not all the mutations necessarily cause damage; instead, some of them were "silent", meaning they had no effect on the function, structure or interaction network of the enzyme complex.

Researchers surprised by their findings

"We were very surprised by how different the effects of the mutations were, because they all had very similar damage probability scores. We also did not expect that individual point mutations could have such a strong impact on interactions between proteins," Mehnert says.

The experiments thus indicated that the forecasts calculated using algorithms are not always correct. "To understand diseases, you have to go beyond genome testing and conduct experiments to investigate interactions among proteins and their networks," Mehnert explains.

On the path to personalised medicine

Modern mass-spectrometry methods are constantly improving as ways to map thousands of proteins simultaneously, in both a qualitative and quantitative sense. As yet, Aebersold’s researchers have highlighted the potential of their approach on just one single protein complex. However, in future, automation and new, faster analysis devices and measurement methods could look at a dozen such complexes in short time.

The findings will serve as a cornerstone of tomorrow’s personalised medicine. As things stand, it is often the case in clinical practice that only individual proteins are used as markers for certain tumours; for example, whether there is much or little of the marker present in the cell. But, as Mehnert explains, "this doesn’t say much about the mechanism or the signal pathways, or if a mutation is linked to the onset of the disease or not." With the help of proteomic analyses, he continues, scientists could better understand the effect of mutations on the body and what treatments could actually help.

Mutations of the enzyme complex used in this study are associated with breast cancer, but Dyrk2 seems to mutate in other forms of cancer as well. Several researchers point out that this enzyme could play a role in cancer development because it phosphorylates the tumour suppressant p53 and thus affects its stability. Dyrk2 also plays a role in the repair of DNA damage.

Research thus far has tended to neglect this enzyme, despite its important part in the cell cycle. This was one reason why Mehnert and his colleagues wanted to take a closer look at it.

"Naturally, our results are only the first step. It would be worth taking this concept further and applying it to several protein complexes in future," Mehnert says.

Change of temperature causes whole body reprogramming - 17.05
This site uses cookies and analysis tools to improve the usability of the site. More information. |