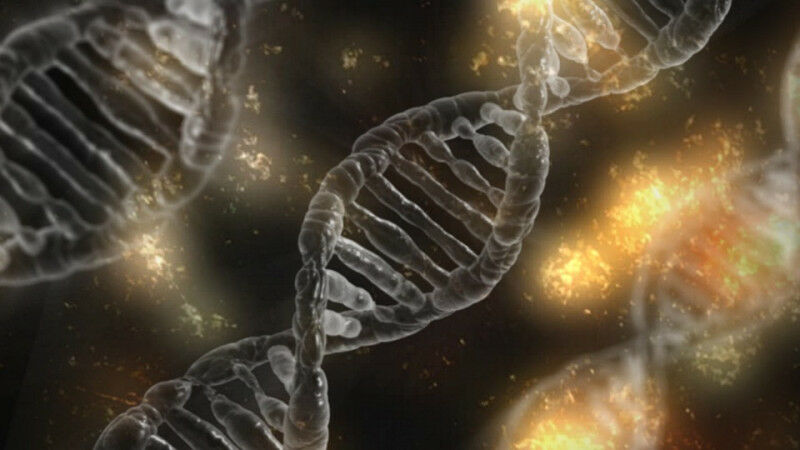 Scientists have used a novel algorithmic approach on cancer cells to understand how changes in histone marks (H3K27ac) induce repositioning of chromatin regions in the cell nucleus, and described how modifications of local contacts between regulatory elements (enhancers and promoters) influence oncogene expression.

In cancer, a lot of biology goes awry: Genes mutate, molecular processes change dramatically, and cells proliferate uncontrollably to form entirely new tissues that we call tumors. Multiple things go wrong at different levels, and this complexity is partly what makes cancer so difficult to research and treat.

So it stands to reason that cancer researchers focus their attention where all cancers begin: the genome. If we can understand what happens at the level of DNA, then we can perhaps one day not just treat but even prevent cancers altogether.

This drive has led a team of researchers from EPFL and the University of Lausanne (UNIL) to make a breakthrough discovery concerning a critical genetic aberration that occurs in cancer. Working together, the groups of Elisa Oricchio (EPFL) and Giovanni Ciriello (UNIL) have used a novel algorithm-based method to study how cancer cells re-organize the 3D structure of their DNA in order to ramp up the activity of cancer-promoting genes called "oncogenes." The work is published in two journals, Nature Genetics and Nature Communications .

The research focuses on chromosomes, where our DNA is packaged, and how the chromosomes are organized in the tight space of the cell nucleus. Given that every single one of the billions of cells in our body contains about two meters of DNA, it’s understandable that we evolved mechanisms to store it properly. That mechanism involves winding DNA around specialized proteins called histones, like a string spooling around a yoyo.

The resulting super-packed and well-protected DNA-protein complex is called chromatin. Multiple units of chromatin make up the structures we know as chromosomes. Normally, each cell carries 23 chromosomes and two copies for each chromosome, but in cancer cells, their structure and organization change. For example, a piece of a copy of chromosome 8 can be attached to a copy of chromosome 14. Moreover, a chromosome can take on a more relaxed or compact structure, which depends on chemical modifications called "epigenetic marks".

The researchers investigated how changes in specific epigenetic marks modify chromosome structures and the expression of genes that promote tumor growth, known as oncogenes.

Giovanni Ciriello’s team at UNIL developed a novel algorithmic approach called Calder (after the American sculptor Alexander Calder) to track how genomic regions are positioned with respect to each other in the nucleus. "We used Calder to compare the spatial organization of the genome in more than a hundred samples," says Ciriello. "But this organization is not static and, just like Alexander Calder’s mobile sculptures, it can rearrange its pieces." The researchers used Calder to track regions of chromatin that "moved" from one area of the nucleus to another as a result of changing epigenetic marks.

Meanwhile, Oricchio’s team at EPFL used Calder to track changes of the chromatin 3D structure in normal and B-cell lymphoma cells. They discovered that in the lymphoma cells, specific epigenetic changes cause chromatin regions to be repositioned in different areas of the nucleus, which lead to novel local interactions that over-activate the expression of oncogenes.

The also found that, when two fragments from different chromosomes are broken off and swapped, they assume a 3D structure that is distinguishable from the normal copies. Importantly, these changes of 3D structure correspond to different epigenetic marks, and induce high expression of genes that support tumor cell expansion.

"Most of the time we think of our DNA as a long, linear molecule, and it’s only recently that we started to understand how its 3D organization is altered in cancer cells," says Oricchio. "Considering the spatial organization of DNA in the nucleus provides a new lens to understand how tumor cells originate, and how therapeutic modulation of epigenetic marks can block tumor progression."