Firefighters and civilians are challenged 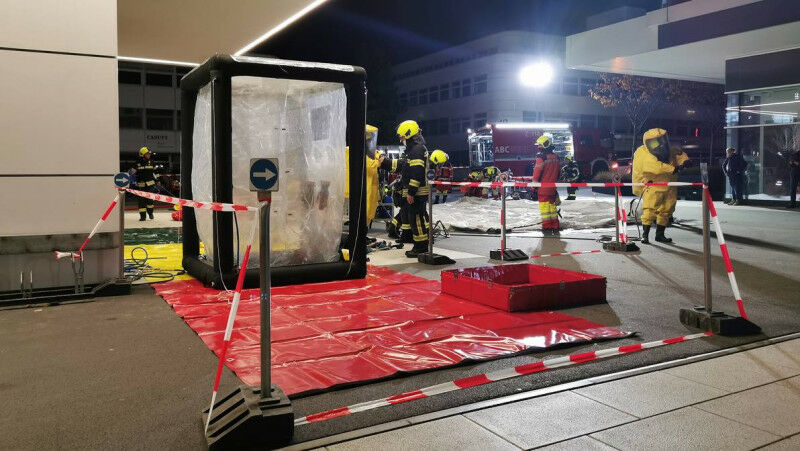 Two-thirds of respondents in the fire department receive support from their employer, and about one-third in civilian firefighters.

December 14, 2021 Militia service in the fire department and civil defense is an important component of disaster relief in Switzerland. A new study by the University of Applied Sciences Graubünden has examined the attractiveness of militia service in the two organizations and the role of employers. The results show that the militia members in the fire department and civil defense in the canton of Graubünden are basically satisfied with the support of their employers - only their appreciation is surprisingly low. The recruitment of managers remains a challenge. The study shows possible measures to make cadre service more attractive.

Militia service in the fire department and civil defense is an important element of disaster and civil protection in Switzerland. Operations during the Corona crisis, the landslide in Bondo, the forest fires in the Mesolcina region, as well as smaller incidents in everyday life have repeatedly demonstrated the added value of the two organizations to the general public. In order to preserve this valuable system for the future, society is dependent on the one hand on the militia members encountering good and understanding cooperation with their employers and on the other hand on sufficient cadres being recruited within the militia organizations. The University of Applied Sciences of the Grisons, together with the Building Insurance of the Grisons and the Office of Military and Civil Defense of the Canton of the Grisons, conducted a cantonal survey of firefighters and civil defense personnel in order to examine concrete measures.

The data in the present study show that the compatibility of work and militia activity is basically given, whereby the civil defense members perceive a somewhat higher challenge here than the firefighters. Both firefighters and civil defense personnel find that they are able to reconcile family and leisure time to a large extent.

Two-thirds of firefighter respondents receive support from their employer, compared to about one-third of civil defense respondents. The forms of support are similar for both groups of respondents: The greatest support is provided by means of part-time work and flexible working hours, and the administrative hurdles are kept low in that hardly any written agreements have to be made. Employers are often accommodating. Satisfaction with their employer regarding the promotion of their militia commitment is good to very good among both firefighters and civil defense personnel. The firefighters surveyed also believe that their commitment has a positive influence on their chances of applying for a new job. Civil defense members, on the other hand, view this more neutrally - neither positively nor negatively. However, employer encouragement is surprisingly low: Only just under 20 percent of firefighters and 10 percent of civil defense personnel were proactively encouraged by their employers to make their current or continued commitment.

More cadres are needed for the militia service, and more women...

The communally organized fire departments in the canton of Graubünden are well staffed with a current number of about 4,000 members. Nevertheless, the recruitment of cadres - especially in peripheral regions - is a challenge. The civil defense - currently staffed with approx. 2,300 members - is threatened with serious shortages in the future due to changes in the Federal Law on Civil Protection and Civil Defense. Therefore, the recruitment of cadres is of particular importance for the civil defense. At the same time, the conditions for recruiting volunteers in the fire department and civil defense differ greatly: the willingness to perform additional voluntary service is comparatively high in the fire department, while this is conceivable for only a small minority of civil defense service members. The analysis also shows that a disproportionately large number of people in both the firefighting and civil defense cadres also perform a leadership function in their professional activities. This could be related to the fact that people who are involved show above-average commitment in many areas of life - an opportunity both for the economy and for militia organizations.

In order to make the commitment more attractive and thus increase the willingness to serve in the cadre, some measures were particularly advocated by the respondents: Members of the fire department and civil defense consider the expansion of financial incentives to be one of the most effective means of promoting the attractiveness of commitment. There is obviously a need to catch up here, especially in civil defense. Further training vouchers and, above all, the crediting of the service performed for further training (e.g. in the form of ECTS points in university and technical college programs) certainly meet with sympathy among the respondents. Furthermore, the members of the civil defense are positively disposed towards the stronger inclusion of women and, to a lesser extent, of settled foreigners. In order to secure the fire department and civil defense for the future, it is necessary to examine how women can be recruited more effectively and how the service can be opened up to settled foreigners or made better known.