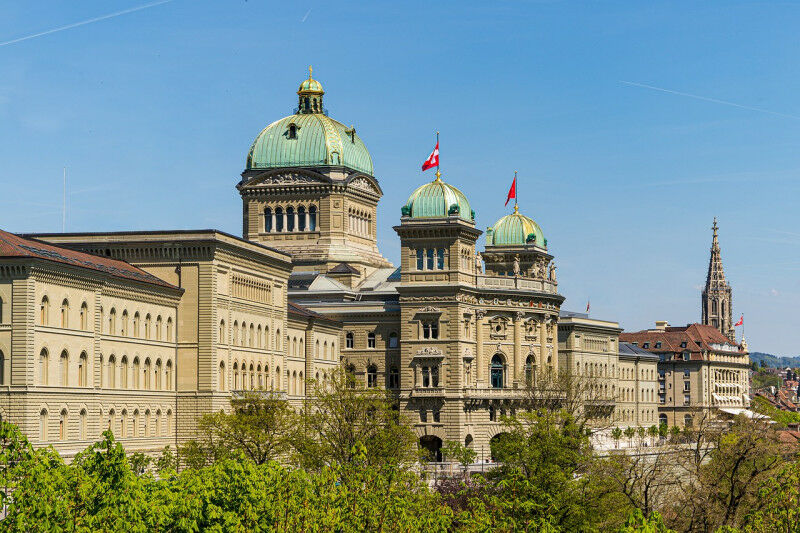 Directors, trustees, Executive Board members: members of Switzerland’s Federal Parliament often have other duties in addition to their political office and occupation. Researchers in political science at the University of Basel have investigated how these alliances affect political developments.

The interest group ties of politicians are a popular topic for discussion. Members of the National Council and the Council of States can shape the political agenda by means of parliamentary tools such as questions, motions and bills, and give a voice to interest groups with which they are aligned. This makes it attractive for companies and associations to award Executive Board and Board of Directors roles, as well as seats on supervisory and advisory bodies, to members of the Swiss parliament.

How do such interconnections shape Swiss politics? Stefanie Bailer, professor of political science at the University of Basel, and her former doctoral candidate Oliver Huwyler and former postdoc Tomas Turner-Zwinkels, examined the vested interests of the 524 members of parliament who were in office between 2000 and 2015, and for whom such interests are known.

The analysis shows that if an interest group is able to win over councilors as lobbyists, it can expect to see increased parliamentary activity in the area of the interest group. In return, it provides those who associate with it with information and expertise on specific dossiers. Whether agriculture, medicine or the environment, there are no major differences between the 15 policy areas studied, and it is also relatively unimportant whether an organization is private or public.

Bringing a particular issue to parliament is the first step - how things go on from there is open. Little can be said about the concrete gain, however, such as whether an industry benefits from more jobs. "Naturally, the lobbying organization has an interest in presenting its influence as greater than the politicians," says Stefanie Bailer.

When formal ties come to an end, however, so do the "favors", and the politicians turn their attention to other issues. "A formal tie with an interest group usually does not have a transformative effect. It’s more of a client-contractor relationship," says co-author Oliver Huwyler. When interests no longer overlap and the mutual benefits cease, either side can dissolve the relationship.

According to Stefanie Bailer, these results are not so surprising. "We’ve always assumed that members of parliament politicize according to their own vested interests. But this knowledge was only anecdotal, and now we have solid evidence to back it up."

Transparency is valued by voters

Their study, say the researchers, does quite a good job of highlighting the causal relationships in political developments. "But it’s all still a pretty rough picture, and there are a lot of informal aspects we can’t analyze in detail," says Bailer. A lot of data is simply not available, she adds, for example information about meetings between parliamentarians and lobbyists.

The issue of transparency is constantly being addressed in Switzerland, where members of parliament are not actually obliged to declare the income from their interest group ties. Bailer and Huwyler are in favor of maximum transparency and thus mandatory disclosure of all ancillary earnings from vested interests. They argue that this is the only way for voters to have a chance of knowing who’s spending their time on what. This, they say, should be the goal in terms of democratic theory.

"Voters are more sensitive than they were in the past. There’s really no scope for keeping quiet about important interest group ties anymore," says Bailer. By declaring their own alliances, politicians can gain sympathy points - not only because voters value transparency, as a survey experiment in various countries shows. The content of the relationships also sends a signal to the public that can help to win them over - involvement on the board of a charity, for example.

And even though an ideological weighting was not part of the study, some differences between the political camps can be identified: "The ideological proximity between private-sector companies and conservative parties favors alliances at this level," Bailer says. And she adds that there are also differences when it comes to voluntary declaration. "Left-wing members of parliament are more likely to disclose their income from formal ties to interest groups than the conservative ones. But then the former usually don’t earn as much."

recruit.myScience
f
Share
Like
Related Stories
Politics
Eva Herzog Elected as New President of the Swiss TPH Board of Governors - 13.12.2022
Federal Councillor Guy Parmelin welcomes Australia’s trade minister at the opening of the Australian Embassy in Bern - 09.12.2022
USI UNESCO chair at the 50th anniversary of the World Heritage Convention - 05.12.2022

Swiss Network for International Studies (SNIS) call 2023 - 29.11.2022
This site uses cookies and analysis tools to improve the usability of the site. More information. |