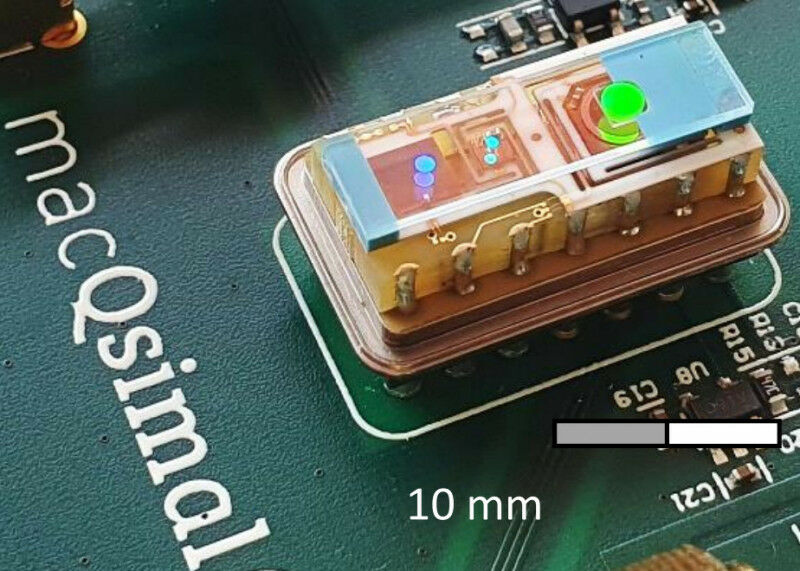 Coordinated by the CSEM, the large European quantum project macQsimal, included in the FET Flagship on Quantum Technologies initiative, is nearing its end and reveals very promising results. In particular, the commercialization of new miniature atomic clocks. Launched in 2018, the macQsimal project aimed to take advantage of quantum effects to develop sensors with unprecedented sensitivity and accuracy, but also to create a successful European industry in this field. The closing of the project was held at the University of Neuchâtel (UniNE), one of macQsimal’s important partners, on June 20 and 21 in the form of a scientific symposium open to the public as well as during a public conference Time, Science and Society.

Transistors and lasers, which emerged from the first quantum revolution, have enabled computers, cell phones and the Internet. Today, a new major technological turning point is emerging, thanks to the possibility of manipulating the fundamental quantum properties of systems and materials. The race is on worldwide to master this new technology, in order to make decisive progress in sectors such as health, security, transport, energy or environmental sciences.

Bringing sensor performance to the edge of possibility

Coordinated by the CSEM, the European macQsimal project brought together 14 partners covering the entire value chain, from fundamental science to industrial deployment. In particular, the consortium has worked to exploit the potential of atomic vapor cells to provide the general public with a new generation of ultra-efficient sensors.

Initiating technology transfer in Switzerland: from prototypes to commercial products

In particular, the Swiss partners of macQsimal have initiated a process of technology transfer to the industry of a miniature, energy-efficient atomic clock.

The majority of the development of this atomic clock is done in Neuchâtel, from the MEMS cell at CSEM - the heart of the clock - to the control electronics and final assembly. Orolia Switerland SA is in charge of the commercialization and is targeting a fast growing market, where the demand for atomic clocks is constantly increasing.

Our research into the miniaturization of atomic clocks, which began some 15 years ago, is leading to new products being marketed in the region," say Christoph Affolderbach and Gaetano Mileti, respectively a scientist and a professor in the Time-Frequency Laboratory at the University of Geneva.Christoph Affolderbach and Gaetano Mileti, respectively scientific collaborator and professor at the Time-Frequency Laboratory of the UniNE, are delighted. We are continuing our investigations in order to maintain Neuchâtel’s leadership in a strategic field for Switzerland. ’

In addition to the development of the miniature atomic clock, the macQsimal project has produced other exceptionally sensitive quantum sensor prototypes, such as magnetometers and gyroscopes, with applications ranging from medical diagnosis to autonomous navigation. These developments have been done in close partnership with research groups and industries in neighbouring Europe.

In these areas, however, further collaboration with a view to industrialization is suspended. Switzerland, which provides the central element to these sensors, the famous MEMS cell, is now excluded from European research programs, following the suspension of negotiations on the framework agreement with Europe. 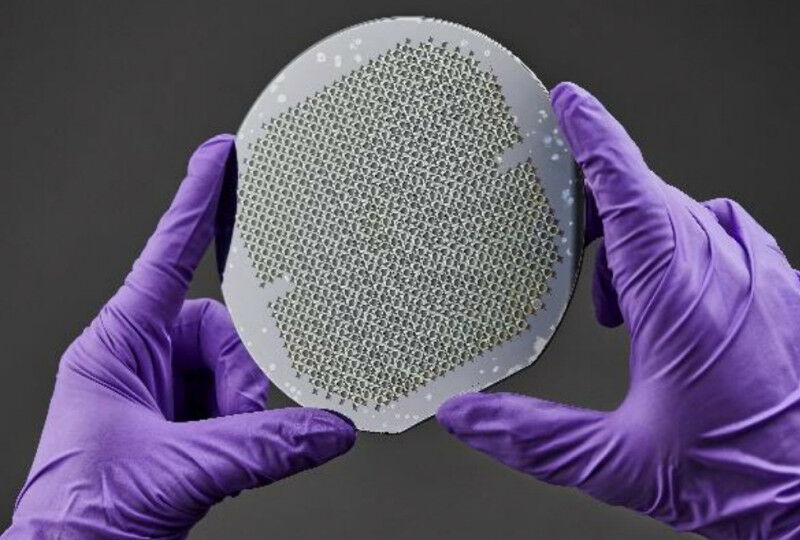 The second stage of the Flagship program on quantum technologies has just financed the first projects to transfer these promising quantum technologies to industry, but Switzerland is not included. First support initiatives have been announced by the Swiss Confederation to compensate for this exclusion in a transitory way. These measures will allow Swiss players active in quantum technologies to temporarily continue their own developments, but as they could not get on board the train, it is now impossible for them to collaborate with their European partners. Jacques Haesler sums up. A quick reassociation with European programs could allow them to catch up with as little collateral damage as possible. ’

Quantum technologies exploit the behavioral singularities of energy and matter at the quantum level - atomic and subatomic. They enable unique functionalities and performances because, at such a small scale, the classical laws of physics give way to the laws of quantum mechanics. This leads to particular effects such as ’superposition’ and ’entanglement’, phenomena that offer new technological and economic perspectives; superposition allows a particle to exist simultaneously in two states at the same time, while entanglement sees the state of a particle depending on the state of another particle, even a distant one. A movement is underway to exploit these effects and develop new devices and systems characterized by extreme power.

The goal of the macQsimal (Miniature Atomic Vapor-Cell Quantum Devices for Sensing and Metrology Applications) project, launched in October 2018, was to develop quantum sensors and create a successful European industry in this field. These sensors were developed in five application areas: miniaturized optically pumped magnetometers, miniature atomic clocks, compact atomic gyroscopes, GHz and THz magnetic and electric field sensors, and gas sensors. These applications have been selected because they have a strong potential for industrial and commercial valorization in Europe in the next 5 to 10 years.

The macQsimal project is part of the European Future and Emerging Technologies (FET) Quantum Technologies Flagship program. It was funded by the Horizon 2020 Framework Program via grant contract 820393. The project had a budget of 10.2 million euros.

The Quantum Flagship launched in 2018 under the Horizon 2020 Framework Program is one of the largest and most ambitious research initiatives in the European Union. With a budget of €1 billion for 10 years, this Flagship continues in the new Horizon Europe Framework Program and brings together research institutions, universities, companies and public authorities in a joint and collaborative initiative of unprecedented scale.

The main objective is to consolidate and extend European scientific leadership and excellence in the field of quantum science and technology while ensuring the transfer of research results to commercial applications.

Involving more than 5,000 researchers from academia and industry, this initiative aims to create the next generation of disruptive technologies that will have an impact on European society, and to position Europe as a world leader in industrial and technological knowledge in this field.