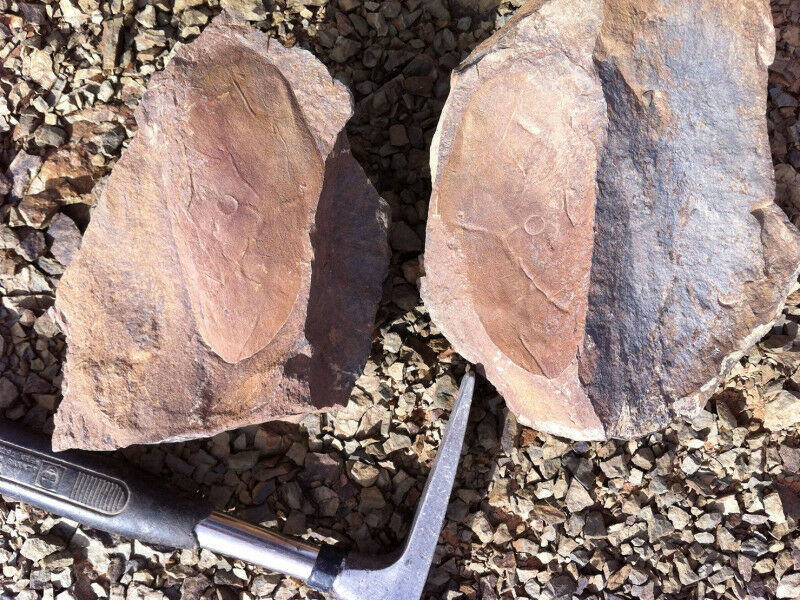 An international team of scientists has made a groundbreaking discovery at a major new fossil site in Morocco: giant arthropods - relatives of modern animals such as shrimps, insects and spiders - would have dominated the seas 470 million years ago.

The excavations were carried out in Taichoute, in Morocco, on a site formerly underwater but today desert. They report numerous arthropods, which have the particularity of being ’active swimmers’, and of measuring up to 2 meters long. These giant animals dominate the fauna of this new fossiliferous zone: they make up nearly 50% of the biodiversity observed.

The scientists behind this discovery claim that the site and its fossils are very different from other sites of the famous Fezouata shale, located 80 km away and previously described and studied (see below). They would thus open new ways to paleontological and ecological research.

"Everything about this locality is new - its sedimentology, paleontology, and even fossil preservation - which underscores the importance of the Fezouata biota in completing our understanding of past life on Earth," says the study’s lead author, Dr. Farid Saleh, a researcher at the Institute of Earth Sciences at the University of Lausanne, and also attached to Yunnan University.

Xiaoya Ma of the University of Exeter and Yunnan University added, "The giant arthropods we discovered have not yet been fully identified, some may belong to species previously described in the Fezouata biota, and others will certainly be new species. Nevertheless, their large size and free-swimming lifestyle suggest that they played a unique role in these ecosystems."

This is not the first time that arthopod fossils have been found in the Fezouata biota. However, in previous discoveries - in the Zagora region of Morocco - these nektonic animals - that is, active swimmers - lived in a shallow sea, and constituted only 1-2% of the observed biodiversity.

The new study of Taichoute reveals fossils preserved in sediments a few million years younger than those of the Zagora region and dominated by fragments of giant arthropods.

"The carcasses were transported into a relatively deep marine environment by underwater avalanches. This contrasts with previous discoveries of carcasses preserved in shallower environments, which were buried in place by storm deposits," says Dr. Romain Vaucher of the University of Lausanne.

The new study also provides information on the relationships between species. Prof. Allison Daley of the University of Lausanne, adds: "Smaller animals such as brachiopods are found attached to some fragments of the giant arthropods. This indicates that these large shells served as nutrient stores for the seafloor community once they died and lay on the ocean floor."

Co-author of the article, Dr. Bertrand Lefebvre, from the University of Lyon, has been working on the Fezouata biota for two decades. He concludes: "The Fezouata biota never ceases to surprise us, with new and unexpected discoveries".

The paper was published in the journal Scientific Reports.

The large Fezouata site in Morocco was recently selected as one of the 100 most important geological sites in the world, because of its key role in understanding evolution during the Ordovincian period, nearly 470 million years ago. Many areas have already been examined under the microscope.

Located on the border between Morocco and Algeria, the Tachoute site is part of the Fezouata biota, but is located 80 kilometers northeast of the areas already studied. It is the first time that it is the subject of scientific research. 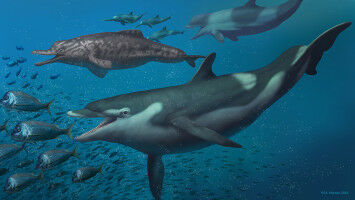