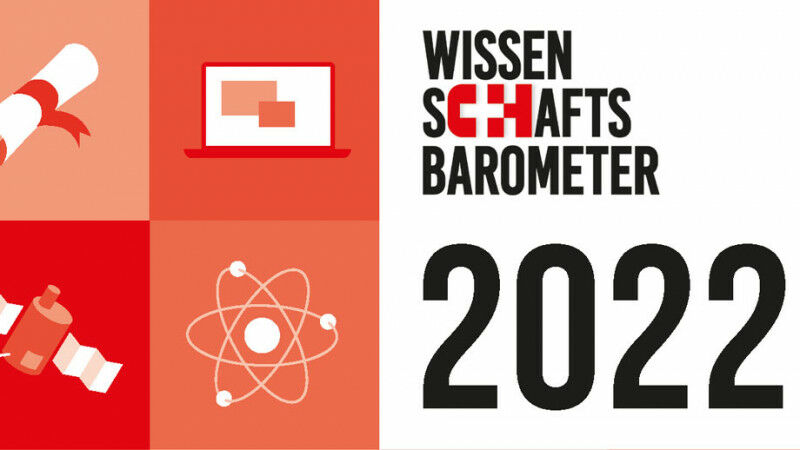 Majority of swiss people trust science.
Swiss people’s interest and confidence in science increased during the pandemic but has now returned to pre-Covid levels, the 2022 edition of the Science Barometer Switzerland has shown. Online sources and instant messaging have become the preferred sources for people seeking information on science topics.

A majority of people in Switzerland believe research, including basic research, is necessary and improves their lives. According to the latest findings of the Science Barometer Switzerland, 71% and 67% respectively agree with these statements. Moreover, well over half of Swiss people (66%) think that scientific research ought to receive government support. 54% of the Swiss population feel that policy decisions should be based on scientific findings.

Previous Science Barometer surveys showed that public interest and confidence in science increased at the beginning of the coronavirus pandemic. The 2022 figures, however, have now returned to pre-pandemic levels, which are still comparably high. In the 2019 survey, 56% of respondents rated their faith in science as "high" or "very high". While these levels increased to almost 67% at one of the peaks in the pandemic at the end of 2020, this figure has now dropped to 59%. "This illustrates that most people in Switzerland have a positive attitude toward scientific research," says Mike Schäfer, professor of science communication at the University of Zurich and co-head of the study. "But our findings also make it clear what some heated discussions in the past few months have shown: there are certainly people who remain skeptical."

Skeptical attitudes on the rise

More than half of people in Switzerland feel that scientists should inform the public about their research, but this share has dropped significantly, from 79% before the pandemic to 69% in 2022. Meanwhile, 22% of respondents believe that scientists, policy-makers and business representatives are colluding with each other in some form. The 2022 survey yielded mixed results on whether there is an over-reliance on science generally (36% disagree vs. 30% agree) and whether scientists should be allowed to investigate any and all topics without restrictions (43% disagree vs. 26% agree).

The Science Barometer also shows that the sources used by Swiss people in 2022 to get information about science and research have changed. "We’re seeing a change in the way people use media, and this development already began to emerge in our previous studies, but has in some ways been accelerated by the coronavirus pandemic - for example, a shift toward online sources and instant messaging," says study co-head Julia Metag, professor of communication. The internet has now clearly overtaken TV and print media as the primary source of information when it comes to science and research topics. The most popular online sources include the websites and apps of established news media, followed by Wikipedia, government websites and video platforms such as YouTube. Instant messaging apps such as WhatsApp and Telegram gained a much more prominent status during the pandemic. In contrast, fewer people visited in-person and live formats such as exhibitions, talks or public panel discussions.

Most people have experienced disinformation

Most Swiss people at least occasionally come across scientific content that they consider to be disinformation - that is, information which they believe is false and deliberately misleading. Only a small minority of respondents claim never to have experienced this. Most people are cautious when it comes to dealing with possible disinformation: the majority of people who encountered disinformation were later more skeptical of the source of that content (53%) and never or rarely shared it with others (51%).

The Science Barometer Switzerland analyzes the Swiss population’s views on science and research, and examines the sources, forms and frequency with which Swiss people come into contact with scientific topics. The long-term project was created in 2016 by Prof. Mike S. Schäfer (University of Zurich) and Prof. Julia Metag (University of Münster).

The project is based on a representative phone survey of Swiss people aged 15 or older, which takes place every three years. It is funded by the Gebert Rüf Stiftung, the Stiftung Mercator Schweiz and the Department of Communication and Media Research of the University of Zurich.

For more information about the project, go to www.wissenschaftsbarometer.ch. 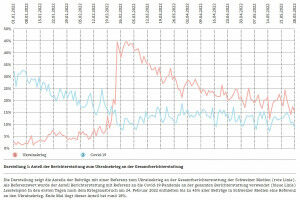