Materials scientists Nicole Kleger and Simona Fehlmann have developed a 3D printing process for creating salt templates that they can fill with other materials. One area of application is the creation of highly porous lightweight metal components. The two Pioneer Fellows are now trying to transfer this process to industry.

Not that long ago, materials researchers scored a coup: they used a 3D printer to create a framework out of salt, which they then filled with liquid magnesium. After the lightweight metal had cooled and hardened, the researchers leached out the salt framework, resulting in an object made of highly porous magnesium that would be suitable, for example, as a biodegradable bone implant.

Now the lead author of that study, Nicole Kleger, and her former Master’s student, Simona Fehlmann, have published another paper in the journal external page Advanced Materials : in it, they report that, together with an interdisciplinary team, they have refined and modified their process to produce more complex salt scaffolds with even finer pores.

Instead of using an extrusion-based printer that prints out thin filaments of salt paste in a grid-like pattern from a fine nozzle, the researchers led by Kleger and Fehlmann used a stereolithography device and an ink based on salt particles. By mixing the ink with suitable monomers, the scientists made it light-sensitive. This means that, once exposed to light, the monomers combine to form hard polymers during the process. This makes it possible to build complex structures layer by layer. The salt framework created in this way then serves as a mould, or a negative template, to be filled with another material.

In the next step of this novel process, the materials scientists then filled the prefabricated structures not just with magnesium but also with aluminium, plastic, or wrapped it with carbon composite material instead. Their new technique lets the researchers produce much more complex objects and also reduce the pore size from 0.5 millimetres to 0.1 millimetres. 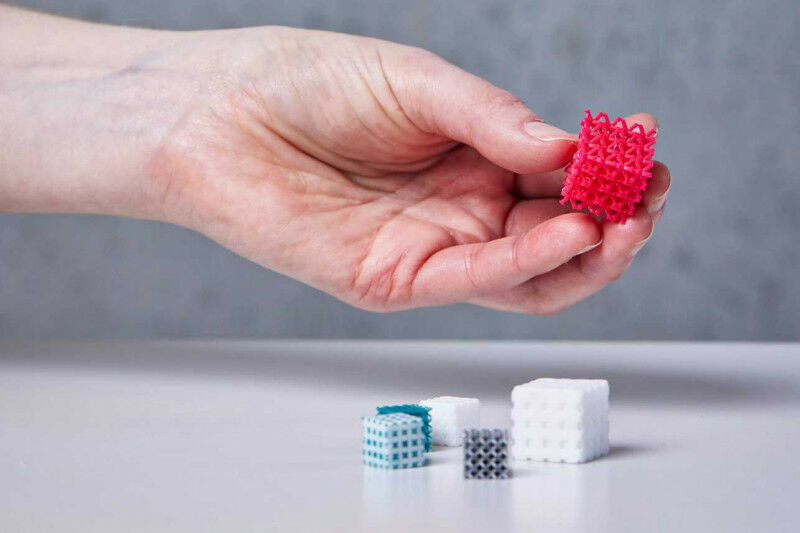 From basic research into practice

This work is set to go beyond being purely academic. Kleger and Fehlmann began a Pioneer Fellowship in early July. They have one year to demonstrate if it is possible to commercialise the technology.

"We want to find out if the process can pass the test of real-world use," Kleger says. Her business partner is equally keen to ensure that the lab results don’t simply gather dust in a drawer. "It’s important for me to always have an application in mind, as that keeps me motivated," Fehlmann says.

For use in jaws and in space

The two researchers already have several specific ideas for commercialising their process. One possible application is jaw implants. "If one loses a tooth, the jawbone underneath disintegrates very quickly," Kleger explains. Before a dental implant can be inserted, the bone must first be rebuilt. Surgeons currently do this using bone material from the hip - but that requires a second surgical site. Alternatively, they could opt for customised bone implants made of magnesium alloys, into which bone-forming cells can migrate and which will degrade over time. Kleger and Fehlmann could use their process to produce precisely this type of implant.

An idea that heads in a similar direction is to produce three-dimensional scaffolds for cell cultures. Cells don’t behave in the same way in 3D space as they do on a 2D plane such as a standard laboratory Petri dish. With this in mind, the researchers have contacted scientists who work with such cell cultures in the lab. It isn’t yet clear whether these scientists would prefer to produce such scaffolds themselves using Kleger’s and Fehlmann’s process, or whether they would instead opt to buy the scaffolds ready-to-use.

The two young entrepreneurs see another possible application in space travel. "On space missions, weight is money," Kleger says. Because every gramme counts, lightweight metal components manufactured using their process would be ideal for use in spaceships or rockets.

However, one thing is already clear to these two Pioneer Fellows: their products will not be cheap mass-produced items, but rather relatively expensive mass customized products. This is because the manufacturing process is rather slow and doesn’t allow very large batches to be produced in a short time. "We’re not going to position ourselves in the mass market," Fehlmann says.

They have yet to make a final decision regarding their business model. "We’re currently analysing the market to find out who our potential customers are and what they really need," Kleger explains. They have already had countless discussions with dentists and cell biologists, and also with companies that manufacture printing equipment.

"What we’re doing now is in some areas very different to my doctoral project - and the learning curve is correspondingly steep," Kleger says with a smile.

Fehlmann adds, "We’re getting a lot of new input, and we have to approach things differently from how we do in research. That’s enriching and exciting."

The two women are also receiving start-up help from ETH Professor André Studart, in whose Complex Materials Group they did their research. Among the things he will provide them with in the coming year are a laboratory workplace and printing equipment. "We’re delighted that we can continue to work here for a while," Kleger says.

Moreover, they will be in a position to benefit from the experience of other start-up founders from Studart’s group. "We’re in close contact with all four companies that have emerged from the group so far," Kleger says.

They have also come up with a name for their start-up: "Sallea", a portmanteau of "salt leaching". So the process they want to bring to market has given the young company its name. At some point, they will apply for the label of "ETH spin-off". But for now, there is still a lot of development work to be done - and then the two Pioneer Fellows will see whether their successful research work turns into a profitable company. 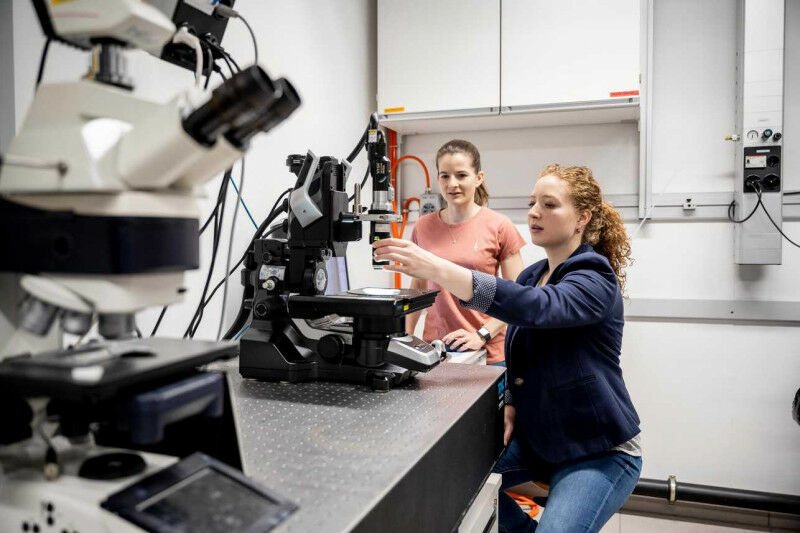 Nicole Kleger and Simona Fehlmann in the lab, working with a microscope. (Photograph: Daniel Winkler Fotografie)

The Pioneer Fellowship is an extensive support programme that provides innovative thinkers and creators ideal conditions for starting their entrepreneurship journey. The programme is tailored for PhD-students, but is open also for MSc-students and postdocs. Pioneer Fellows receive a grant of CHF 150’000 over 12-18 months, in addition to extensive mentoring and training. For the duration of the programme, the Fellows are hosted at the ieLab. Pioneer Fellowships are jointly funded by the external ETH Foundation and the ETH Zurich.

Related Stories
Innovation
Digital Transformation and Organisational Identity Construction - 28.11
Switzerland participates in new ESA programmes and supports its ambitions for Europe in space - 23.11
This site uses cookies and analysis tools to improve the usability of the site. More information. |