How best to promote biodiversity in vineyards 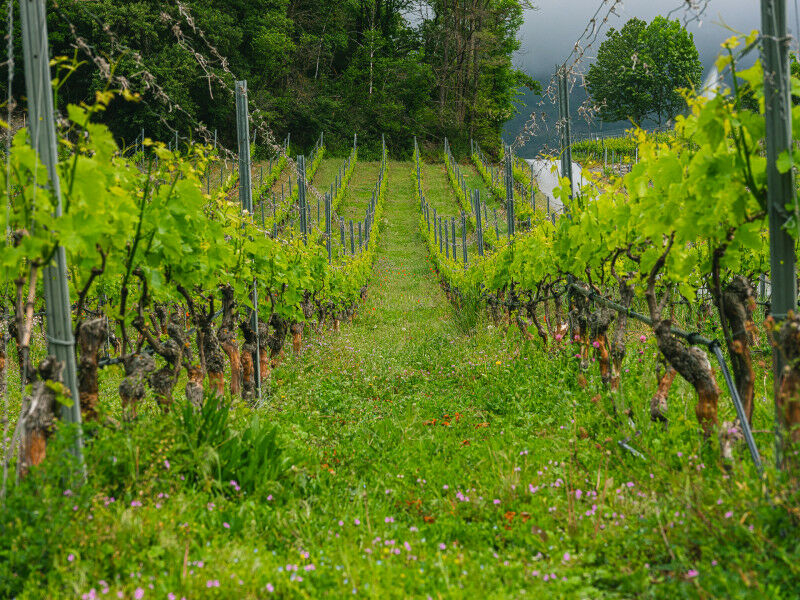 Researchers at the University of Bern have investigated how organic, biodynamic and conventional management in vineyards affects insect fauna. They were able to show that organic - and to a lesser extent biodynamic - management provides better habitat conditions for insects than conventionally managed vineyards.

Vineyards are mostly farmed either conventionally, organically or biodynamically. Conventional means that synthetic fertilizers and pesticides are allowed. In addition, herbicides, or weed killers, are often used to prevent any competition for nutrients and water between the vines and the ground vegetation. In contrast, in organic and biodynamic farming, mechanical methods are used to minimize ground vegetation - sometimes sheep are used for mowing. Here, only natural fertilizers and fungicides may be used. In addition, biodynamic farming usually applies fermented manure and plant preparations to the soil and plants to stimulate nutrient cycling in the soil. Biodynamic farming, while rare, is most commonly used in vineyards worldwide. While the benefits of organic over conventional farming on biodiversity have been demonstrated many times in research, the effects of biodynamic farming have been unclear. 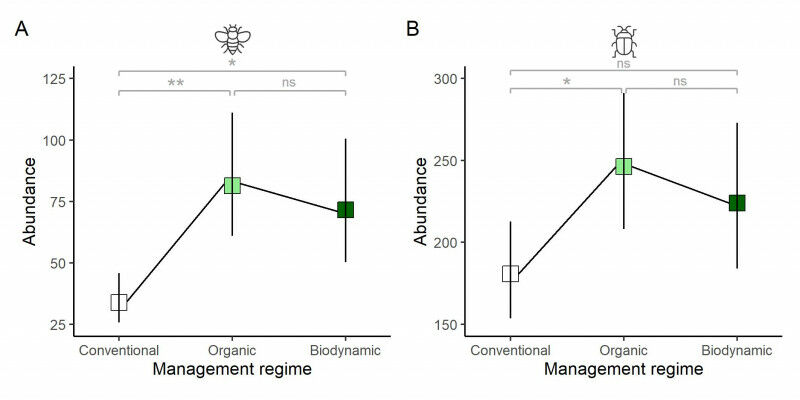 The study shows that in organically and biodynamically managed vineyards more than twice as high densities of insects living in the soil cover are found than in conventional plots (2A). For soil-dwelling insects, the difference is somewhat less striking, with densities about 1.5 times higher in organic vs. conventional plots (2B), but still clearly higher and statistically significant (*). The density of soil-dwelling insects is not clearly higher in biodynamic vineyards than in conventional ones (ns) - which the authors explain with the

Researchers at the University of Bern have now investigated the effects of the three management forms ’organic’, ’biodynamic’ and ’conventional’ in connection with soil greening on the insect fauna in Valais vineyards. Soil revegetation is defined as spontaneous revegetation or the deliberate sowing or allowing of suitable plants in the vineyard between the rows of vines. The results of the study show that organic and biodynamic management provide better habitat conditions for soil insects than conventionally managed vineyards, with organic management showing a stronger effect. However, this relationship is further linked to soil greening, such that in organic vineyards insect density steadily increases with increasing soil greening. In biodynamic and conventional plots, the relationship with soil greening is somewhat more complex and less clear.

Diverse soil greening as a recipe for success

’We interpret these results to mean that organic plots provide better conditions for insects, in that the soil greening is structurally more complex and diverse, and is less often managed and thus disturbed,’ says Raphaël Arlettaz of the Institute of Ecology and Evolution (IEE) at the University of Bern, leader of the project. This is in line with the so-called mean-disturbance hypothesis, which states that an ecosystem that is slightly disturbed (in this case, managed) provides more niches for biodiversity compared to a static (no disturbance) or a highly disturbed ecosystem (such as the destruction of ground vegetation with herbicide). 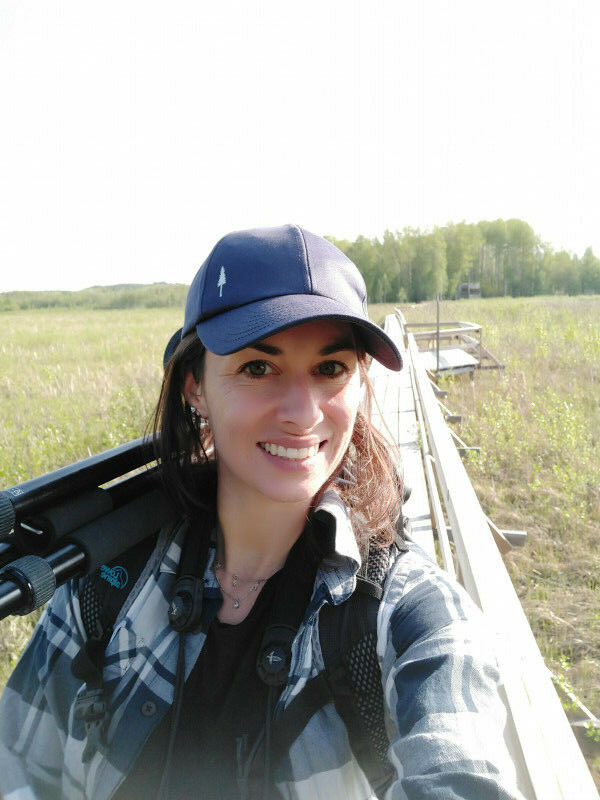 In biodynamic plots, every second row is often superficially plowed, which leads to a higher disturbance of the soil and thus of the soil insects. In conventionally managed vineyards, soil vegetation is often destroyed with herbicides or, less commonly, machinery, depriving many insects of food and habitat. ’These new research results show that alternative management practices in vineyards are biodiversity enhancing, especially for insects in organic vineyards,’ explains the study’s lead author, Dr. Laura Bosco of the Conservation Biology department at IEE. 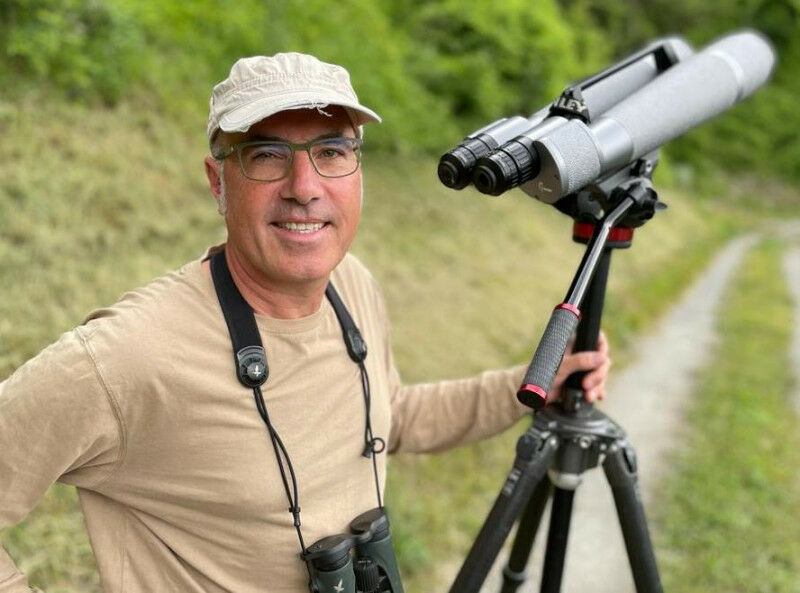 According to the researchers, the results offer fundamental indications for more ecologically sustainable viticulture in the future. Whether these conclusions can be generalized to other agroecosystems, other organisms and other size ratios, however, requires further investigation. The study was published in the journal Frontiers in Conservation Science.

Artificial Intelligence Improves Efficiency of Genome Editing - 02.02
This site uses cookies and analysis tools to improve the usability of the site. More information. |