Alien plant species are spreading rapidly in mountainous areas
Until now, mountain regions have been largely spared from biological invasions. But a new monitoring study shows that alien plants are spreading rapidly to higher altitudes along transport routes worldwide. Neophytes use roadsides as gateways of entry Humans, whether deliberately or unintentionally, often introduce alien plants in lowlands, then plants spread from their starting point to higher elevations, particularly along roads, which is why the researchers focused on traffic routes.
Environment - Life Sciences - 27.01.2023

The wondrous world beneath our feet - researching groundwater fauna
Switzerland's groundwater is home to a multitude of hitherto unknown organisms. An Eawag research project is shining a light into the darkness and revealing this habitat's exceptional biodiversity. Switzerland has plentiful groundwater reserves. Found in cavities under the earth, groundwater is almost ubiquitously present, and is the country's biggest source of drinking water.
Environment - Earth Sciences - 26.01.2023

Who done it? Searching for clues with sediments
The sediments near Horn Richterswil - today a recreation and bathing resort on Lake Zurich - are contaminated with toxic metals, particularly mercury. On behalf of the Canton of Zurich, researchers have used sediment cores to reconstruct when the pollutants entered the lake. In this way, they could help clarify the origin of the contaminants.
Life Sciences - Environment - 23.01.2023

Molecular clock that helps some animals shed their skin identified
Shrimps, flies and other animals shed their outer body covering at specific times of the year or at specific points in their life cycles through a process called molting. Working in worms, FMI researchers identified the mechanisms underlying a molecular 'molting clock' — as well as several of the clock's components.
Environment - 23.01.2023

Grassland Ecosystems Become More Resilient with Age
Reduced biodiversity affects the stability of the entire ecosystem. A long-term experiment now shows that grassland plant communities with multiple species need about 10 years to adjust to each other and produce an even amount of biomass again. Recent experiments have shown that the loss of species from a plant community can reduce ecosystem functions and services such as productivity, carbon storage and soil health.
Environment - 23.01.2023 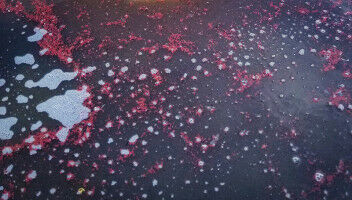 Optimising nitrogen removal from wastewater
Too much nitrogen continues to enter many water bodies, negatively impacting ecosystems and human health. The anammox process co-developed by Eawag can make an important contribution to reducing outputs from wastewater treatment plants and also saves energy and resources. It has now been further optimised by researchers at Eawag.
Environment - Life Sciences - 19.01.2023

Tracing the flow of water with DNA
Environmental DNA analysis of microbial communities can help us understand how a particular region's water cycle works. Basel hydrogeologist Oliver Schilling recently used this method to examine the water cycle on Mount Fuji. His results have implications for Switzerland as well. Where does the water come from that provides drinking water to people in a particular region? What feeds these sources and how long does it take for groundwater to make its way back up to the surface? This hydrological cycle is a complex interplay of various factors.
Environment - Earth Sciences - 19.01.2023

Protecting ecosystems with ecological theory
Ecosystems respond sometimes very differently to human impacts. However, it is still poorly understood what causes these differences. A team of researchers from Eawag and WSL is now proposing an integrative approach based on four fundamental processes shaping biodiversity on land and in water. The approach provides guidance for how biodiversity in blue (water) and green (land) ecosystems can be better protected.
Environment - Earth Sciences - 11.01.2023

Scientists delve into natural slicks on Lake Geneva
An EPFL researcher has, for the first time, documented slicks - those visually arresting, moving patches of smooth water - and explained what is happening beneath the surface. Natural slicks are a mysterious, intriguing phenomenon for anyone who enjoys looking out over Lake Geneva, including passers-by, commuters - and now local researchers.
Environment - 10.01.2023 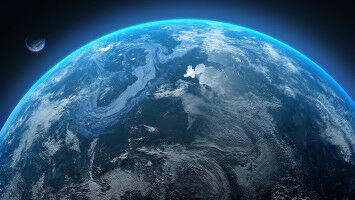 Two out of three glaciers worldwide could disappear by 2100
The world could lose over 40 percent of its total glacier mass and 80 percent of all individual glaciers this century. Depending on how successful efforts to curb the climate crisis are, it could be "only" a quarter. This is reported today in the journal Science by an international research team with participation from the Swiss Federal Institute for Forest, Snow and Landscape Research WSL.
Environment - 06.01.2023

Using machine learning to forecast amine emissions
Scientists at EPFL and Heriot-Watt University have developed a machine learning approach to accurately predict potentially harmful amine emissions from carbon-capturing plants. Global warming is partly due to the vast amount of carbon dioxide that we release, mostly from power generation and industrial processes, such as making steel and cement.
Environment - Earth Sciences - 05.01.2023

Trees as witnesses to environmental pollution
Trees absorb tiny metal particles from the air and soil and deposit them in their tissues. This has been shown by an experiment conducted by the Swiss Federal Institute for Forest, Snow and Landscape Research WSL. These findings open up possibilities for detecting environmental pollution or even remedying it in the future.