Campus - USI - Jul 1
Solidarity with the victims of the war in Ukraine
Life Sciences - Jun 30
Transparency in research using animals: USI is part of the STAAR Commission
Health - Jun 30
Digital awareness: trust and the features health apps should have to make us trust them
Materials Science - Jun 30
Making better use of sugar beet - thanks to Empa know-how
Innovation - Jun 29
Start-up NextImmune supported by Venture Kick 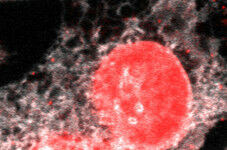 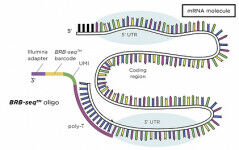 The anatomy of a planet
Researchers at ETH Zurich working together with an international team have been able to use seismic data to look inside Mars for the first time. They measured the crust, mantle and core and narrowed down their composition. The three resulting articles are being published together as a cover story in the journal Science .
Astronomy / Space Science - 20.07.2021

Xenon Researchers Unite to Build Next-generation Dark Matter Detector
The two major competing experiments, XENON/DARWIN at Gran Sasso in Italiy and LUX-ZEPLIN in the US, have now joined forces to work together on a new, single, multi-tonne scale xenon observatory to explore dark matter. The detector will be highly sensitive to a wide range of proposed dark matter particles and their interactions with visible matter.
Astronomy / Space Science - Economics / Business - 28.06.2021

Unique exoplanet photobombs CHEOPS study of nearby star system
While studying two exoplanets in a bright nearby star system, the CHEOPS satellite has unexpectedly spotted the system's third known planet crossing the face of the star. This transit reveals exciting details about a rare planet -with no known equivalent-, as the scientific team led by the Universities of Geneva and Bern, and members of the National Center of Competence in Research PlanetS, point out.
Astronomy / Space Science - Environment - 18.06.2021

Scientists detect signatures of life remotely
It could be a milestone on the path to detecting life on other planets: Scientists under the leadership of the University of Bern and of the National Centre of Competence in Research (NCCR) PlanetS detect a key molecular property of all living organisms from a helicopter flying several kilometers above ground.
Astronomy / Space Science - Physics - 31.05.2021

Looking deep into the universe
How is matter distributed within our universe? And what is the mysterious substance known as dark energy made of? HIRAX, a new large telescope array comprising hundreds of small radio telescopes, should provide some answers. Among those instrumental in developing the system are physicists from ETH Zurich.
Astronomy / Space Science - 25.05.2021

The Universe is hotter than expected
Researchers at the University of Geneva have succeeded in reconciling cosmological theory and observations of the Universe by considering that it is hotter than previously thought. Astrophysicists still encounter various inconsistencies between cosmological theory and measurements made with various research instruments.
Astronomy / Space Science - Physics - 31.03.2021

Two strange planets
Uranus and Neptune both have a completely skewed magnetic field, perhaps due to the planets- special inner structures. But new experiments by ETH researchers now show that the mystery remains unsolved. The two large gas planets Uranus and Neptune have strange magnetic fields. These are each strongly tilted relative to the planet's rotation axes and are significantly offset from the physical centre of the planet.
Astronomy / Space Science - Environment - 11.03.2021

How the habitability of exoplanets is influenced by their rocks
The weathering of silicate rocks plays an important role to keep the climate on Earth clement. Scientists led by the University of Bern and the Swiss national center of competence in research (NCCR) PlanetS, investigated the general principles of this process. Their results could influence how we interpret the signals from distant worlds - including such that may hint towards life.
Astronomy / Space Science - Microtechnics - 05.03.2021

Army of robots pushes the limits of astrophysics
One thousand newly-minted microrobots created in EPFL labs will soon be deployed at two large-scale telescopes in Chile and the United States. These high-precision instruments, capable of positioning optical fibers to within a micron, will vastly increase the quantity of astrophysics data that can be gathered - and expand our understanding of the Universe.
Astronomy / Space Science - Earth Sciences - 04.03.2021

Volcanoes might light up the night sky of this planet
Until now, researchers have found no evidence of global tectonic activity on planets outside our solar system. Under the leadership of the University of Bern and the National Center of Competence in Research NCCR PlanetS, scientists have now found that the material inside planet LHS 3844b flows from one hemisphere to the other and could be responsible for numerous volcanic eruptions on one side of the planet.
Astronomy / Space Science - Environment - 01.03.2021

Extinct atom reveals the long-kept secrets of the solar system
Using the extinct niobium-92 atom, ETH researchers have been able to date events in the early solar system with greater precision than before. The study concludes that supernova explosions must have taken place in the birth environment of our sun. If an atom of a chemical element has a surplus of protons or neutrons, it becomes unstable.
Astronomy / Space Science - Physics - 22.02.2021

Martian moons have a common ancestor
Phobos and Deimos are the remains of a larger Martian moon that was disrupted between 1 and 2.7 billion years ago, say researchers from the Institute of Geophysics at ETH Zurich and the Physics Institute at the University of Zurich. They reached this conclusion using computer simulations and seismic recordings from the InSight Mars mission.
Astronomy / Space Science - Environment - 17.02.2021

CHEOPS finds unique planetary system
The CHEOPS space telescope detects six planets orbiting the star TOI-178. Five of the planets are in a harmonic rhythm despite very different compositions. This result challenges our understanding of the formation and evolution of planetary systems. Musical notes that sound pleasant together can form a harmony.
Astronomy / Space Science - Environment - 22.01.2021

Solar System formation in two steps
Why are the planets of the inner Solar System dry and rocky, but the outer ones are not? An international team of researchers with participation of the University of Zurich discovered that a two-step formation process of the planets can explain the chronology and split in volatiles like water and isotope content of the inner and outer Solar System.
Astronomy / Space Science - Environment - 22.01.2021

TRAPPIST-1’s 7 Rocky Planets May Be Made of Similar Stuff
The TRAPPIST-1 star is home to the largest batch of roughly Earth-size planets ever found outside our solar system. An international study involving researchers from the Universities of Bern, Geneva and Zurich now shows that the exoplanets have remarkably similar densities, which provides clues about their composition.
Astronomy / Space Science - Physics - 21.01.2021

How our planets were formed
Terrestrial planets versus gas and ice giants: A new theory explaining why the inner solar system is so different to the outer regions runs counter to the prevailing wisdom. The theory was proposed by an international research group with ETH Zurich's participation. Mercury, Venus, Earth and Mars in the inner solar system are relatively small, dry planets, unlike Jupiter, Saturn, Uranus and Neptune in the outer regions, planets that contain much greater quantities of volatile elements.
Astronomy / Space Science - Physics - 22.12.2020

How Nearby Galaxies Form Their Stars
How stars form in galaxies remains a major open question in astrophysics. A new UZH study sheds new light on this topic with the help of a data-driven re-analysis of observational measurements. The star-formation activity of typical, nearby galaxies is found to scale proportionally with the amount of gas present in these galaxies.
Astronomy / Space Science - Environment - 16.12.2020

A pair of lonely planet-like objects born like stars
An international research team led by the University of Bern has discovered an exotic binary system composed of two young planet-like objects, orbiting around each other from a very large distance. Although these objects look like giant exoplanets, they formed in the same way as stars, proving that the mechanisms driving star formation can produce rogue worlds in unusual systems deprived of a Sun.
Astronomy / Space Science - 09.12.2020

Spiders in space: without gravity, light becomes key to orientation
Humans have taken spiders into space more than once to study the importance of gravity to their web-building. What originally began as a somewhat unsuccessful PR experiment for high school students has yielded the surprising insight that light plays a larger role in arachnid orientation than previously thought.
« Previous 1 2 3 4 5 6 9 Next »

Campus - USI - Jul 1
Solidarity with the victims of the war in Ukraine
Life Sciences - Jun 30
Transparency in research using animals: USI is part of the STAAR Commission
Health - Jun 30
Digital awareness: trust and the features health apps should have to make us trust them
Materials Science - Jun 30
Making better use of sugar beet - thanks to Empa know-how
Innovation - Jun 29
Start-up NextImmune supported by Venture Kick