Genetic discovery could improve treatment of colorectal cancer
Scientists have discovered a rare gene in the tumors of some colorectal cancer patients. This finding could lead to more accurate diagnoses and, eventually, personalized treatments that target the protein expressed by the gene. Colorectal cancer is one of the most common forms of cancer in the Western world, especially in people over 50.
Life Sciences - Health - 29.08.2022

Network assembly through cell division
Researchers have developed a model that explains how nerve cells in the brain connect during development. Their model reveals that the crucial factor is progressive cell division. This process leads naturally to the formation of molecular addresses that lets neurons navigate. The human brain is by far the most complex organ that nature has ever produced: 100 billion nerve cells, each connected to other cells via several contact points, ensure that our skill set includes the capacity for remarkable brainpower.
Life Sciences - 18.08.2022

Frogs Use Brains or Camouflage to Evade Predators
How do frogs protect themselves from predators? Some species rely on cognitive predator evasion, using their large brains and strong hind legs. For species exposed to high predation pressure, however, this strategy takes too much energy, and effective camouflage to avoid being detected in the first place may be preferable.
Life Sciences - Health - 17.08.2022

Monitoring gene activities in living cells
Researchers from ETH Zurich and EPFL are expanding the emerging field of single-cell analysis with a ground-breaking method: Live-seq makes it possible to measure the activity of thousands of genes in a single cell without having to isolate and destroy it. Modern biology is increasingly seeking to understand why individual cells behave differently.
Life Sciences - 17.08.2022
Live-seq: sequencing a cell without killing it
A new technique keeps cells alive during extraction to track the activity of thousands of genes across time. The breakthrough method is called Live-seq and was jointly developed by scientists at EPFL and ETH Zurich. RNA sequencing allows scientists to study the expression of genes in a cell. Since messenger RNA (mRNA) is generated from a DNA gene, that information can be used to identify the original gene sequence and thus measure the activity of thousands of genes (i.e.
Life Sciences - Environment - 16.08.2022

Insect pests influence the sexuality of flowers
Flowers are sexual structures of plants that are normally assumed to have evolved in harmony with their mutualistic pollinators such as bees, butterflies and honeybirds. However, a new study involving the Swiss Federal Institute for Forest, Snow and Landscape Research WSL shows that herbivorous insects play a central role.
Environment - Life Sciences - 10.08.2022 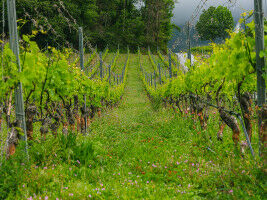 How best to promote biodiversity in vineyards
Researchers at the University of Bern have investigated how organic, biodynamic and conventional management in vineyards affects insect fauna. They were able to show that organic - and to a lesser extent biodynamic - management provides better habitat conditions for insects than conventionally managed vineyards.
Health - Life Sciences - 05.08.2022

Hydrogel keeps vaccines alive
Most vaccines require constant refrigeration during shipment to remain effective. An international research team led by ETH Zurich has now developed a special hydrogel that vastly improves the shelf life of vaccines, even without refrigeration. The development could save many lives and lower the cost of cold chains.
Life Sciences - Health - 03.08.2022

Low addiction risk with medical use of ketamine
By demonstrating that ketamine induces only a brief increase in dopamine and does not alter neuronal communication, a team from the UNIGE suggests that its therapeutic use may be safe. Commonly used in medicine as an anaesthetic, ketamine is also increasingly prescribed to relieve depressive symptoms.
Life Sciences - History / Archeology - 03.08.2022

Global Spread of Powdery Mildew through Migration and Trade
The worldwide distribution of one of the most important cereal pathogens is the result of human activity. Researchers at the University of Zurich have traced the history and spread of wheat powdery mildew along wheat trade routes and found that mixing of genetic ancestries of related powdery mildew species played a central role in the evolution and adaptation of the pathogen.
Health - Life Sciences - 03.08.2022

First map of immune system connections reveals new therapeutic opportunities
Researchers of the Wellcome Sanger Institute and ETH Zurich have created the first full connectivity map of the human immune system, showing how immune cells communicate with each other and ways to modulate these pathways in disease. The immune system is made up of specialised cells, some of which individually travel through the body to scan for signs of injury or disease.
Health - Life Sciences - 02.08.2022

Improved COVID-19 vector vaccine candidate
Scientists at the Institute of Virology and Immunology (IVI) and the University of Bern report on a Vesicular Stomatitis Virus (VSV)-vectored COVID-19 vaccine candidate. Their work shows that intramuscular immunization of mice with VSV-vectored COVID-19 vaccines is inducing strong antibody responses against the SARS-CoV-2 spike protein if the vector has been complemented with a specific protein.
Life Sciences - 29.07.2022

Makes Hunting Easier for Chimpanzees
Similar to humans, chimpanzees use communication to coordinate their cooperative behavior - such as during hunting. When chimpanzees produce a specific vocalization, known as the -hunting bark-, they recruit more group members to the hunt and capture their prey more effectively, researchers at the University of Zurich and Tufts University have now shown.
Life Sciences - 27.07.2022

Brain stimulation improves motor skill learning at older age
Non-invasive brain stimulation can restore optimal motor skill acquisition in people with diminished learning capabilities, e.g. due to age. The study was carried out by scientists at EPFL. Even though we don't think about it, every movement we make in our daily life essentially consists of a sequence of smaller actions in a specific order.
Life Sciences - Environment - 21.07.2022

High-speed storage of CO2 discovered in bacteria
The steadily worsening climate crisis caused by the accumulation of carbon dioxide (CO2) in the atmosphere makes the search for ideas to store CO2 increasingly important. Prof. Ben Engel's team at the Biozentrum of the University of Basel together with colleagues from the Universities of Frankfurt and Marburg, has now shed light on the structure of an enzyme that reveals a new way of storing CO2.
Life Sciences - 19.07.2022 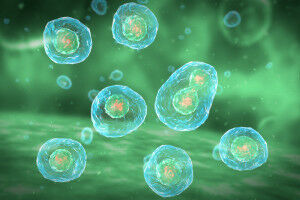 Cells Are Smarter Than Thought
Humans make decisions based on various sensory information which is integrated into a holistic percept by the brain. But how do single cells make decisions? Much more autonomously than previously thought, as researchers from the University of Zurich have now shown. Cells base their decisions not only on outside signals like growth factors, but also on information they receive from inside the cell.
Life Sciences - 19.07.2022

Computer genetic metrics of fly brain reveal sex differences
Thanks to genetic tools that allow computers to accurately count neurons from microscopy images, researchers have estimated with unprecedented accuracy the number of neurons and other types of cells in the brain of fruit fly larvae-and discovered that females have substantially more neurons than males.
Life Sciences - Chemistry - 18.07.2022

Virtual fish instead of animal testing
As part of a new national research programme that aims to replace animal experiments in research, the National Science Foundation is supporting a project at Eawag. This opens up new possibilities for determining the toxicity of chemical substances based solely on tests with cultured cells and computer models.
Health - Life Sciences - 18.07.2022

Monitoring SARS-CoV-2 mutations thanks to wastewater sampling and bioinformatics
A study published today in Nature Microbiology highlights the great advantage of wastewater monitoring as being rapid, unbiased and cost-effective: the detection of genomic variants of SARS-CoV-2 in wastewater offers an early alert and can be based on fewer samples as compared to clinical samples. The bioinformatics tool developed by the groups of Niko Beerenwinkel and Tanja Stadler (ETH, Department of Biosystems Science and Engineering) in collaboration with Eawag and EPFL identifies variants of concern even at low abundance.
« Previous 1 2 3 4 5 6 7 8 9 ... 61 Next »