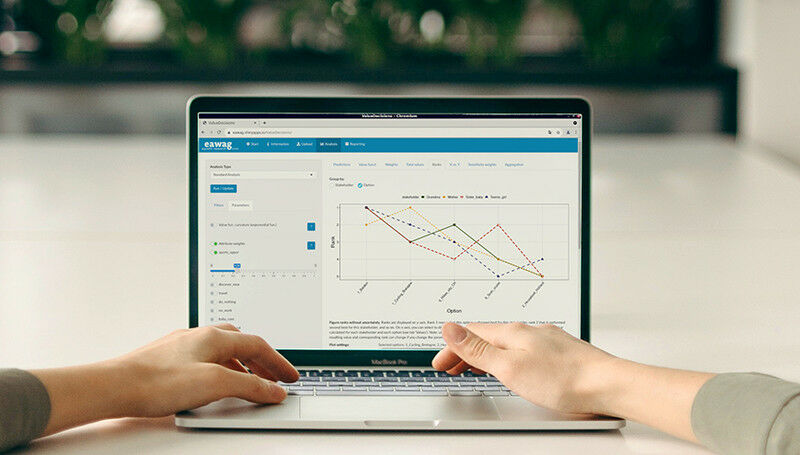 "ValueDecisions" is the name of the new tool developed by Judit Lienert and her research group, which deals with decision analysis at the aquatic research institute Eawag. The web app relieves users of the complicated programming work that was previously required for professional decision-making. "We use a method called ’multi-criteria decision analysis’," explains Lienert: "In principle, this is a cost-benefit analysis; however, it is not only about the lowest possible costs, but also a wide range of other objectives, and the decisions involve many stakeholders with conflicting interests, so a good choice cannot be made with common sense alone." In technical jargon, the method is called MCDA, short for "Multi-Criteria Decision Analysis". 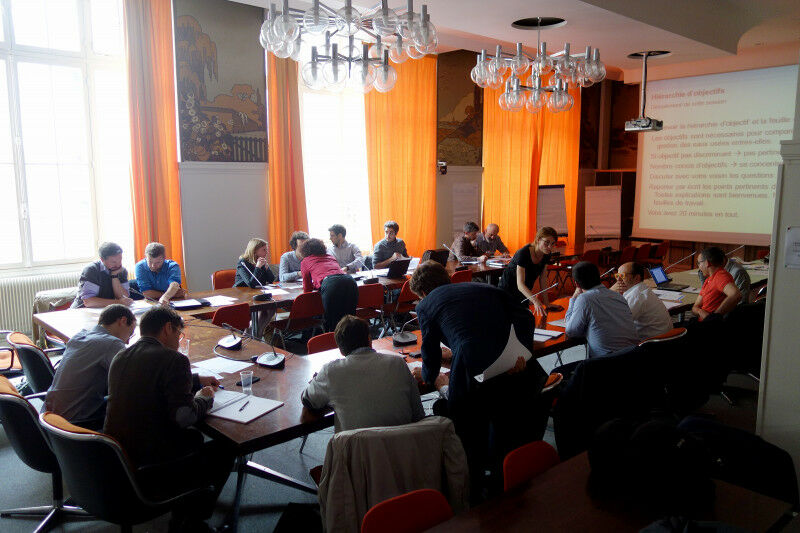 In a workshop in Paris, local experts together with researchers developed the objectives and options for the rehabilitation of the wastewater infrastructure - the input for the ValueDecisions app. (Photo: Judit Lienert)

The ValueDecisions app calculates and visualises the results of the MCDA in clear graphical representations and tables. "You can see at a glance which options are best for the stakeholders and where a compromise is possible," says the environmental social scientist and biologist. While a script with complex programming runs in the background, the interface is very user-friendly. All you have to do is upload two Excel spreadsheets. "However, you should have an idea of problem structuring and MCDA to collect the necessary data for these two tables," explains the researcher.

This is why ValueDecisions is aimed primarily at professionals, for example, in engineering offices, at municipalities or in research, and not the general public. "But, of course, you can also feed the app with personal decision-making problems," says Lienert, "for instance, if you want to find the optimal destination for a family holiday." This allows you to explore which of the many vacation possibilities best suits the wishes of each individual family member, and which is the best compromise.

ValueDecisions has already proven itself several times in research practice. For example, Lienert’s group investigated how wastewater in the Paris region could best be treated in the future. The existing, large wastewater treatment plant is reaching its capacity limits because the population is constantly growing and climate change will lead to reduced dilution of the treated wastewater in receiving rivers. "We were asked whether alternative wastewater treatment systems could be considered," says Lienert. In a workshop with local experts, both environmental as well as socio-economic objectives were established and subsequently five options were selected, including decentralised options with urine and faeces separation and dry toilets. This selection formed the basis for a survey of 655 people from the region who were able to indicate their wishes and preferences. 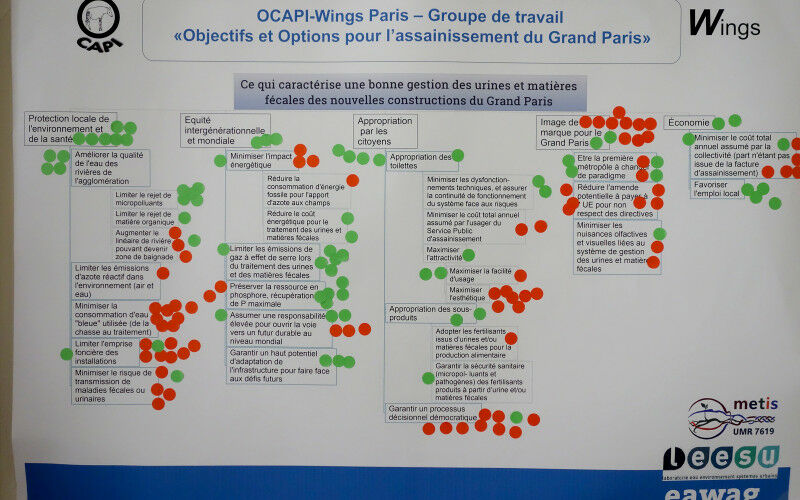 What characterises good urine and faeces disposal in new buildings in the greater Paris region? From the point of view of the professionals participating in the workshop, the red and green dots mean that the respective objective is either particularly important or rather unimportant. (Photo: Judit Lienert)

A study in rural areas of Canton Solothurn came to a similar conclusion. In several workshops, the researchers discussed the advantages and disadvantages of decentralised wastewater infrastructures compared to a conventional wastewater treatment plant with the local population and carried out an MCDA using the new app. Here too, the dry toilets performed very well in one case, as did the other decentralised options such as small wastewater treatment plants. "And the workshop participants in one municipality were very open to the decentralised solutions," says Lienert.

The app also served well in creating a flood forecasting and early warning system for entire West Africa. Eawag participated in the EU project called FANFAR. While other partners took care of the technical issues, the Swiss researchers elicited the specific needs and preferences of African hydrology and disaster management professionals in workshops. An MCDA using the app yielded interesting results. For example, some experts initially demanded that the forecasts be translated into all West African languages, but then decided against this time-consuming procedure so as not to jeopardise the main objective: generating the warnings as quickly and accurately as possible. 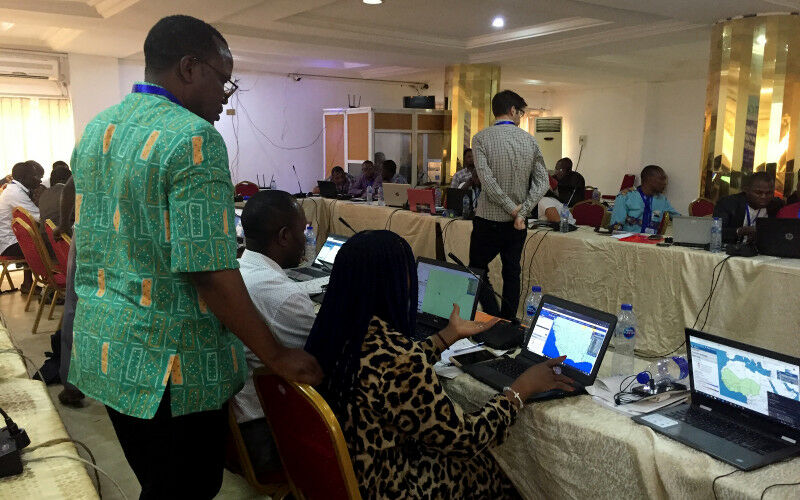 What objectives must a forecasting system for flood warning fulfil? In West Africa, hydrology and disaster management experts developed the basis for a multi-criteria decision analysis (Photo: Judit Lienert)

Related Stories
Computer Science
Confederation sets targets for the use of data science - 02.12