Health - Aug 10
Sealing leaks in the stomach or intestine 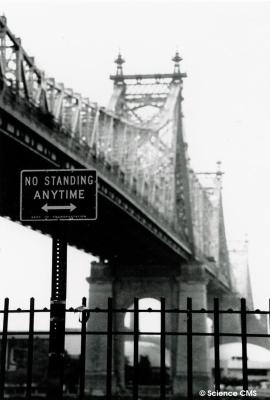 You might want to have a look at this:

Sealing leaks in the stomach or intestine
ETH Pioneer Fellow Alexandre Anthis has developed a patch that seals surgical sutures on the intestines or the stomach.
Research Management - Career - 09.08.2022

Further pledges of EU funding for the University of Bern
Life Sciences - Health - 09.08.2022

Biological approaches to combat Legionella
Throughout Switzerland, infections with bacteria of the genus Legionella are increasing significantly. Researchers at Eawag have now outlined how the growth of these microbial inhabitants of drinking water systems could be curbed with the help of other organisms. Legionella are bacteria that live in water and can be found in many water pipes, shower heads, ventilation systems, boilers and cooling towers.
Laboratory - 08.08.2022
Apprenticeships successfully completed
Materials Science - 08.08.2022

BERNINA Design Challenge: Sewing machine is a marvel of engineering
Summer series - Bachelor's project (6). A group of around 15 EPFL students spent a semester working on projects using BERNINA sewing machines, dispelling common misconceptions and stereotypes in the process.
Art and Design - 04.08.2022
Teams up with RSI and Cinémathèque suisse to enhance the archives of the Locarno Festival
Astronomy / Space Science - Environment - 04.08.2022
A new rating for space sustainability
The new Space Sustainability Rating hosted at eSpace, the EPFL Space Center, encourages space actors to design and implement sustainable and responsible space missions - trailblazing the path to ensure the long-term sustainability of the space environment.
Computer Science - Health - 04.08.2022

A textbook comes to life: Augmented reality for dental specialists
Game developers from the ETH Game Technology Center have created an app that explains bone remodelling in a playful way. If students point the camera of their mobile device at the textbook, they find themselves transported to the bone's surface, where they help cells break down bone tissue. Every year, 10 percent of our skeleton undergoes bone remodelling without us noticing.
Innovation - 04.08.2022
Better understanding of innovation dynamics
25 years ago, urine-diverting toilets were no more than an idea, challenging the central paradigm of wastewater treatment plants.
Civil Engineering - 03.08.2022

Ambitious career aspirations: A balancing act between success and disappointment
Higher aspirations lead to higher achievements. At least, that is true in the context of educational and occupational aspirations, as shown by a new study co-authored by economist Dr. Reto Odermatt of the University of Basel. Unrealistically high aspirations as a teenager, however, can have a negative effect on well-being as an adult.
Environment - 26.07.2022
Higher timber prices promote timber harvesting in 2021
Campus - 26.07.2022

A magnetic catheter against strokes
ETH spin-off Nanoflex has developed a magnetically steerable catheter for quick and safe stroke treatment that no longer requires surgeons to be on site.
History / Archeology - Event - 21.07.2022

EPFL lab to digitize 1,000m2 'Swiss national treasure'
Sarah Kenderdine, head of the Laboratory for Experimental Museology, is leading the digitization and valorization of the Panorama of the Battle of Murten - a 100 x 10-meter work created in 1893 by Ge
Music - 21.07.2022

Biotech violin steps into the limelight
It is amazing what kind of magical sounds can be elicited from a piece of wood treated with fungi. The biotech violin, whose tonewood has been developed at Empa, is now taking to the concert stage with violinist Irina Pak.
Life Sciences - Health - 21.07.2022
Human memory B cells are highly stable while plasmablasts are recurrent
It is known that memory B cells persist throughout life and rapidly differentiate into antibody-producing plasma cells when they encounter antigens.
Campus - 21.07.2022
The ’Uber files’ and the integrity of scientific research
An extensive journalistic investigation, conducted by Britain's Guardian together with the International Consortium of Investigative Journalists, has exposed the aggressive lobbying practices conducted between 2013 and 2017 by Uber, the ride-hailing service that, according to documents released to the public, violated the law, deceived regulators and took advantage of acts of violence against its drivers to lobby politicians and the public.
Life Sciences - Career - 19.07.2022

Industrial wastewater: even state-of-the-art treatment plants do not eliminate all contaminants
Even though industrial wastewater is treated at state-of-the art plants, the sheer variety of synthetic organic compounds from the chemical and pharmaceutical industry which end up in surface waters are seriously underestimated.
History / Archeology - Politics - 19.07.2022
Official visit to Greece by State Secretary Martina Hirayama to focus on education, research, innovation and archaeology
Chemistry - 18.07.2022

Boosting learning by putting theory into practice
Summer series - Master's project (3). Two groups of EPFL students turned their blueprints into functional prototypes: a self-heating food box and a self-cooling vaccine transport container. For engineers, little can be more satisfying than turning your ideas into working objects you can see and touch.
Health - Research Management - 18.07.2022

Science is revealing the scale of microplastic pollution
Plastics are everywhere in our environment, even inside living organisms. This article looks at the impact of this major pollution risk and accompanies our report on the SEA Plastics expedition, which is currently crisscrossing the Mediterranean to raise awareness of the issue. Nowhere on Earth is free from microplastics.
Health - Life Sciences - 15.07.2022
One for all? A class of antibodies targeting all types of coronavirus
A study conducted by Federica Sallusto's Laboratory (IRB-USI, Bellinzona and ETH Zurich) and David Veesler's Laboratory (University of Washington, Seattle), recently published in Science , describes
Environment - Campus - 14.07.2022
Twelve professors appointed
Media - 14.07.2022

High-Quality Media Coverage of Ukraine War
In times of war, the media fulfill a vital function as information providers. The quality of coverage about the war in Ukraine has been relatively high, a study by the University of Zurich has now shown. Swiss media have been offering reports on the war from various perspectives, providing background information and using images carefully.
Transport - Environment - 14.07.2022

Sprinting, swerving and weaving is a matter of agility
Summer series - Master's project. Soccer, tennis, skiing and many other sports involve changes of direction. For these athletes, performance hinges on speed and agility. Anything but running straight toward the goal! EPFL student Celestin Vallat has just completed his Master's project in mechanical engineering.
Research Management - Environment - 11.07.2022

Fields Medal for a mathematician from the University of Geneva
Mathematics - Event - 05.07.2022

Locarno Film Festival, the contributions of the USI Chair for the future of cinema
Life Sciences - Agronomy / Food Science - 05.07.2022

Technology deployed to support people with disabilities
EPFL students taking the Assistive Technologies Challenge class have developed personalized systems for patients with motor impairments. Five years ago, César had a stroke that left him hemiplegic and therefore unable to use his left hand. Swan, a 15-year-old, suffers from dropped head syndrome. Caroline, who works in adult education, was born with hand deformities that make it hard for her to use a keyboard.
1 2 3 4 5 7 Next »

Health - Aug 10
Sealing leaks in the stomach or intestine