Plant-based insulation materials as CO2 sinks?
Researchers want to develop a novel type of insulating material from plant-based raw materials or waste products that can permanently bind the CO2 it contains by means of a special heat treatment - and thus act as a CO2 sink.
Electroengineering - Environment - 26.01.2023

Hydropower gets fit for the future
In 1886, the first hydropower plant went into operation in Littau, Lucerne, to supply the Swiss AC grid.
Environment - Earth Sciences - 23.01.2023

The man who thinks big
Christophe Girot brought landscape architecture into the digital world and taught a generation of architects how to think on a larger scale.
Health - Environment - 20.01.2023
Experts Call for Enhanced Cooperation Between Human, Animal and Environmental Health
The COVID-19 pandemic has exposed weaknesses in the world's global health security networks. A global -One Health- approach is crucial for preventing, monitoring and responding to future public health emergencies.
Environment - Health - 19.01.2023

Special drone collects environmental DNA from trees
Researchers at ETH Zurich and the Swiss Federal research institute WSL have developed a flying device that can land on tree branches to take samples. This opens up a new dimension for scientists previously reserved for biodiversity researchers. Ecologists are increasingly using traces of genetic material left behind by living organisms left behind in the environment, called environmental DNA (eDNA), to catalogue and monitor biodiversity.
Environment - 18.01.2023 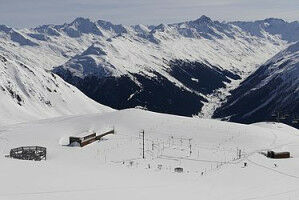 SLF becomes WMO’s Snow Monitoring Competence Centre
The World Meteorological Organization (WMO) has appointed the SLF to be the world's leading competence centre for snow monitoring. The WMO's Infrastructure Commission based its decision on the fact that the SLF already possesses high-quality measuring infrastructure and over 80 years of knowledge. When the test site was set up on the Weissfluhjoch above Davos, at an altitude of 2,536 metres, more than eight decades ago, nobody could have imagined the measuring instruments and methods that would go on to be developed.
Environment - 17.01.2023

’Setting the strategic priorities, and rethinking them from time to time, is central’
Environment - Chemistry - 17.01.2023

Robust and flexible to synthetic methane
Synthetic energy carriers are carbon-neutral and make renewable energy transportable and storable in the long term. Synthetically produced methane is one of them. The problem: The production involves rather high energy losses; moreover, existing processes require the methane to be purified. To change this, researchers have developed a new, optimized reactor concept for methanation.
Environment - 16.01.2023
Textbook ’Disturbance Ecology’ now also available in English
Environment - Law - 11.01.2023
Taking Climate to Court
Over a dozen climate-related lawsuits are pending at the European Court of Human Rights, putting legal processes at the institution to the test.
Environment - 10.01.2023 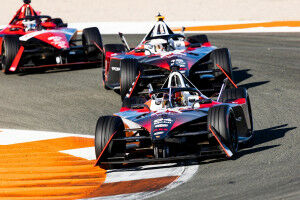 A snow-free Switzerland?
There has been a great deal of media focus on the near-total lack of snow in Swiss ski resorts at the beginning of the year.
Earth Sciences - Environment - 10.01.2023
A habitable planet
Life has existed on Earth for billions of years. Stabilising mechanisms have helped our planet remain habitable to this day.
Environment - 06.01.2023
Immediate uptick in investment needed to reach net zero
A new study by researchers reveals that if Europe fails to immediately invest 302 billion euros in climate-relevant infrastructure, it will not reach its target of net-zero greenhouse gas emissions by 2050.
Environment - 22.12.2022
EPFL holds a giant hackathon on sustainability
With its Solutions4Sustainability initiative, EPFL aims to channel its community members' knowledge and skills towards the goal of promoting more environmentally friendly lifestyles.
Environment - Social Sciences - 21.12.2022

An eye on reconstruction in Ukraine
Ukrainian building materials professor Viacheslav Troian left his homeland with his family because of the war.
Environment - 20.12.2022
Bois Chamblard Foundation calls for projects
Environment - Innovation - 19.12.2022
Ecology as the guiding discipline of the future
A nature-based economy that regenerates ecosystems and stops species extinction? Christoph Küffer believes this is possible if we strengthen ecology in research and education and make ecological expertise a basic skill for society.
Environment - 19.12.2022 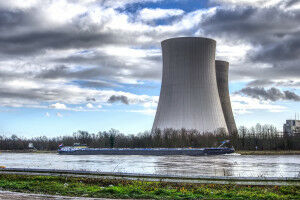 What time is Swiss electricity truly green?
The University of Geneva is putting a platform online to monitor variations in the composition and carbon emissions of the electricity mix consumed by the Swiss population. Where does the electricity we use come from? And what is its impact on the environment? It all depends on the time of day and the season.
Environment - 19.12.2022

’The overarching challenge has remained the same’
Environment - Chemistry - 15.12.2022

Fewer and «greener» chemicals to protect biodiversity
Work is currently underway in Montreal at the UN Biodiversity Conference (COP 15) to negotiate a framework agreement to preserve biodiversity.
Environment - Electroengineering - 13.12.2022

Security of supply and climate neutrality by 2050
With a new project, Energy Future 2050, the Association of Swiss Electricity Companies VSE together with Empa shows based on various scenarios what Switzerland's energy supply could look like by 2050.
Environment - 13.12.2022

A space telescope, please - but a sustainable one, if possible
Daniel Angerhausen believes that fundamental research is essential, especially in the current crisis.
Environment - 02.12.2022 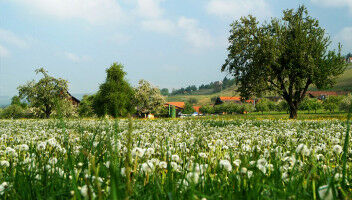 Making knowledge practical and more transparent
How can the use of scientific knowledge be promoted in policy and practice to make plant protection more sustainable? An interdisciplinary study, in which five Swiss research institutions participated, identifies important hurdles and proposes a package of measures to overcome them. When it comes to plant protection, a wide range of actors are involved.
Environment - Agronomy / Food Science - 01.12.2022 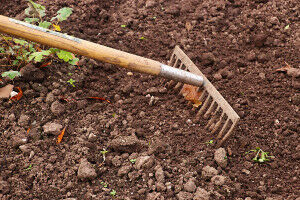 Soils bring life to settlements
Healthy soils are essential for quality of life: they are the basis for agriculture, for trees, gardens and parks.
Environment - Agronomy / Food Science - 30.11.2022 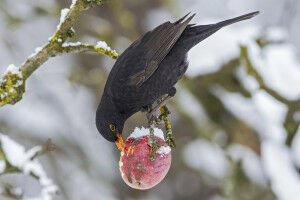 Feeding birds in winter
Many people want to feed their birds in winter. For birds, an extra food source is often welcome. However, to prevent this well-intentioned gesture from backfiring, feeding must be done properly.
Environment - Earth Sciences - 30.11.2022

A scout of the atmosphere
Internationally recognized atmospheric scientist and Distinguished Senior Researcher at Empa: Dominik Brunner is a scientist who has explored his subject area from many angles - with a weatherproof motivation and curiosity that drives him to this day.
Environment - Architecture - 30.11.2022
Urban planning helps mitigate extreme weather effects in Haut-Valais
Olivier Lalancette, an EPFL Master's student in architecture, has come up with some development proposals for the Brig-Visp-Naters conurbation.
Environment - Agronomy / Food Science - 23.11.2022

Climate action: Methane is our most powerful lever
While the insufficient measures increasingly argue against reaching the 1.5-degree target, we could still achieve it with a rapid reduction in methane emissions, writes Cyril Brunner.
Environment - Economics / Business - 23.11.2022
Federal Council brings ordinance on mandatory climate disclosures for large companies into force as of 1 January 2024
Environment - Life Sciences - 23.11.2022 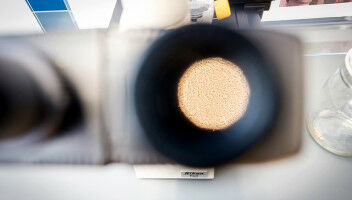 Adverse outcomes with domino effect
Scientists from Eawag, along with researchers from the former Eawag spin-off aQuatox-Solutions and the National Institute of Biology in Slovenia, have won almost 800,000 Swiss francs in the second phase of a contest run by the British Centre for the Replacement of Animals in Research. Countless chemical substances that are in daily use, such as pesticides, pharmaceuticals and industrial chemicals, sooner or later find their way into rivers, lakes and groundwater.
Environment - 21.11.2022 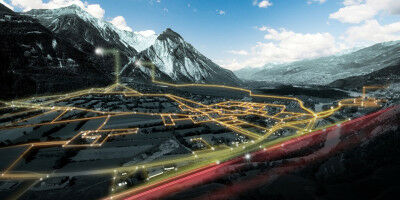 Christoph Imboden: "Just generating more electricity is not enough".
Reservoirs and solar panels alone will not lead us to an energy supply without CO2 emissions. How the energy is used is just as crucial.
Environment - 21.11.2022

At CSCS, energy efficiency is a key priority, even at high performance
The term "high-performance computer" already implies a high energy demand.
Environment - Art and Design - 09.11.2022
Unearthed - Art by permafrost
Environment - 08.11.2022
PathFinder - forest monitoring to contribute to climate protection
Throughout Europe forests are monitored in order to quantify forest growth. The EU-project PathFinder aims to coordinate the way data from forest inventories are shared between countries.
Chemistry - Environment - 08.11.2022

Sustainable scents from the mountain of the gods
Chemist Freideriki Michailidou is developing novel processes for the sustainable production of fragrance ingredients. As a first step, she studied the scents of rare aromatic plants that grow only on Mount Olympus in Greece. To tackle this challenge, she scaled Mount Olympus this past summer. She took along one of the ETH Biocommunication group's headspace traps, a device equipped with a glass bell or a plastic bag, which is placed carefully over a plant.
Environment - Earth Sciences - 07.11.2022 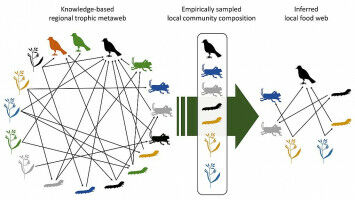 Green and blue food webs differ
Terrestrial and aquatic food webs respond differently to changes in the environment. Understanding these differences is fundamental to identifying the species most important to an ecosystem and to effectively protecting biodiversity. This is shown by a study led by the research institutes Eawag and WSL and published in the journal Nature Communications .
Environment - Economics / Business - 07.11.2022
COP27: Climate finance needs more transparency
The promise of industrialised countries to financially support emerging and developing countries in climate measures remains unfulfilled at the beginning of the climate conference in Egypt.
Environment - Politics - 07.11.2022
COP27: President of the Swiss Confederation urges international community to keep 1.5°C target in sight
1 2 3 4 5 ... 19 Next »