ETH moves into the top 10 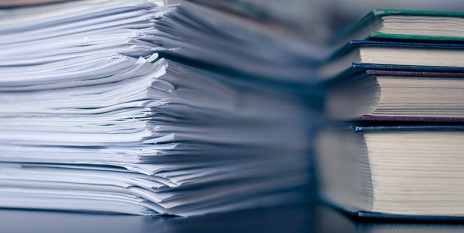 Scientific publications from ETH Zurich are often picked up and cited by other researchers. (Image: Colourbox)

Key position in the leading group

As in the previous year, the rankings are led by US and British universities: MIT continues to top the list, followed by Harvard University and the University of Cambridge (UK). ETH Zurich remains the highest-ranking university outside of the English-speaking world. ETH Zurich President, Lino Guzzella is very pleased with the university’s excellent rating: "I see this fantastic result for ETH as recognition of the sound work carried out at all levels of the university in recent years," he says. However, he adds that the absolute position in the list is not of paramount importance, and that small upward or downward shifts are normal. "The key thing is that we are consistently ranked within the leading group."

In terms of its position in the list, ETH Zurich has leapt forwards in the indicator ’citations per faculty’, where the university has jumped from 44th place to 21st. In relative points; however, the difference is quite small: 98.8 points this year compared with 97.1 last year. With 99 points on the indicator ’employer reputation’, ETH’s score also rose slightly from the previous year (98.6), putting it in 28th place. In all other indicators; however, the university’s ranking has slipped slightly, even though either no change or only a small change in score was recorded. ETH remains well positioned in the individual faculty areas, coming fifth in ’Engineering & Technology’ and sixth in ’Natural Sciences’. For ’Life Sciences & Medicine’, the university is in 38th place. In ’Social Sciences & Management’, ETH comes 59th, while in ’Arts & Humanities’ it appears in 149th place.

A change in the QS methodology has apparently had a major impact on the current rankings: the citations received per faculty are weighted slightly differently this year. This is intended to correct the dominance of the subject areas Life Sciences & Medicine - this area accounts for roughly half of all citations worldwide - and Natural Sciences in the number of citations compared with the other areas, allowing the areas to be assessed on a comparable basis. QS already does this in the surveys relating to reputation. For ETH Zurich, this means that the indicator ’normalised citations per faculty’ now contributes a value of 83.6 to the ranking (last year: 69.1).

Established in 2004, the QS World University Rankings now list around 900 universities. Compared to other rankings systems, the QS World University Rankings are heavily weighted in favour of the reputation a university enjoys in expert circles. The results of a survey conducted among university professors regarding the reputation of the individual universities constitute 40 per cent of the overall result. Moreover, those responsible for the rankings ask employers how highly they rate graduates from the individual universities (employer reputation); these ratings make up 10 per cent of the overall score. Other indicators include the student-to-faculty ratio (20 per cent), the average citation frequency per researcher (20 per cent) and the proportion of foreign scientists and students at the university (5 per cent each).