How cities have tamed counterculture 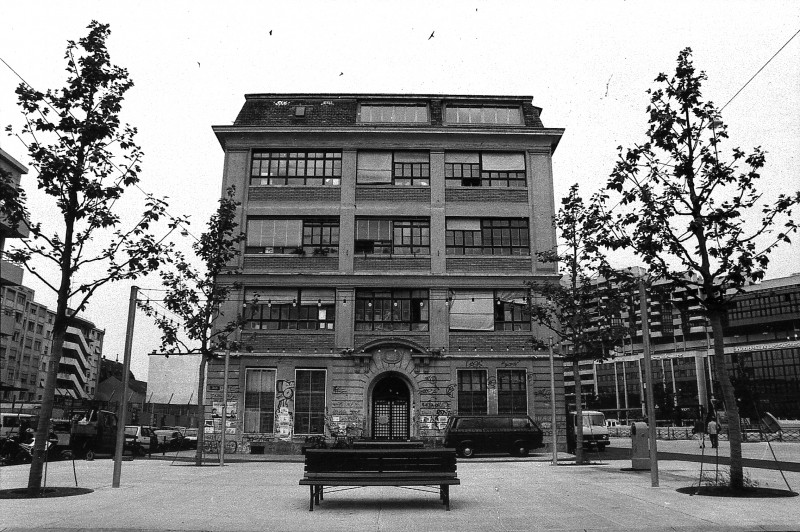 An unprecedented study by EPFL researchers spanning three cities - Geneva, Lisbon and Ljubljana - has revealed how, over the past 40 years, urban cultural policy has blunted the subversive force of counterculture. The change has been so dramatic that, today, art is reduced to a regulated form of profit-making entertainment within a defined space.

Twenty years ago, squats, vacant land and brownfields were a common feature of European cities. Now, these spaces have disappeared, taking the cultural activities they once harbored with them. A new book by researchers at EPFL’s Urban Sociology Laboratory (LASUR) takes stock of this dramatic shift, exploring what role - physical or symbolic - remains for unprofitable, experimental and subversive activities today. In other words, where does counterculture fit into the modern-day city?

The researchers look at three cities - Geneva, Lisbon and Ljubljana - focusing on the period between 2013 and 2017. They find that, just as municipal authorities are championing creativity and supporting varied year-round arts programs in their cities, they are simultaneously stifling, regulating and institutionalizing counterculture like never before. This puzzling contradiction is reflected in the title of the book, published by MétisPresses: La contre-culture domestiquée : art, espace et politique dans la ville gentrifiée (Taming counterculture: art, space and policy in the gentrified city).

The authors show how gentrification is ridding cities of informal spaces and working-class neighborhoods and, in the process, oppressing and excluding people and groups living on the margins of society. Culture is no longer distinguishable from urban policy, with its focus on the role of the creative process and the most experimental and subversive social movements in cities. In fact, over the past 40 years, counterculture itself has evolved into post-counterculture, whereby art is expected to serve the attractiveness, entertainment and profit motives of wider cultural policy.

The researchers argue that, in today’s cities, urban planning reigns supreme. Yesterday’s alternative venues have been replaced by tightly regulated and policed spaces that are heavily publicized on account of their appeal - and expected to yield a return on investment. "Today’s tourists make no distinction between listed castles, museums, festivals and alternative neighborhoods," says Luca Pattaroni, a senior scientist at the LASUR and the editor of the book. "In Lisbon, for instance, the LX Factory alternative arts center was recently sold to an international consortium as a financial asset." In another example, the authors show how competition for real estate means that artists are only granted temporary occupation of vacant premises until a more lucrative outlet is found.

The four-part study begins by looking at the emergence of counterculture in 1970s Geneva, and how the proponents of this movement claimed space to house their activities. The researchers then explore the changing narrative around counterculture, noting how the "avant garde" of the 1970s gave way to "alternative culture" in the 1980s. Their analysis of Geneva’s shift from a post-squat city in 2000 to the densely packed and heavily regulated place it is today shows how counterculture has become steadily institutionalized and absorbed into museums, concert venues and purpose-built alternative arts spaces. In part three, the authors turn their attention to Lisbon and Ljubljana - two cities where, in just a few short years, counterculture has undergone much the same transformation as in Geneva. Their analysis shows that this is not a uniquely Swiss phenomenon.

The book ends on a more optimistic note, exploring pockets of resistance against this trend. The authors demonstrate how artists and artisans are taking over buildings and spaces, reclaiming the city’s streets and forming cooperatives and, in doing so, speaking up and pushing back against attempts to restrict their creative freedom. Because, as Pattaroni makes clear in the introduction to the book, art is about more than entertainment. It cannot be reduced to a policy tool.

This richly illustrated book was supported by the Swiss National Science Foundation, which funded the publication of additional online content including RTS archive footage, photographs, an extra chapter and portraits of alternative spaces and neighborhoods in the three cities.