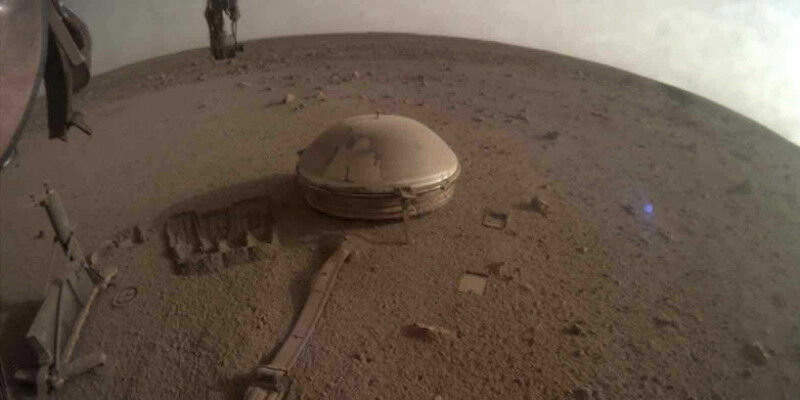 One of the last souvenir shots: The InSight spacecraft captured this image of the seismometer on the surface of Mars on December 11, 2022.

The lander’s team has tried to contact the spacecraft twice without response, leading them to conclude it has run out of energy.

NASA’s InSight mission has ended after four years of collecting unique science on Mars. Mission controllers at the agency’s Jet Propulsion Laboratory in Southern California were unable to contact the lander after two consecutive attempts, leading them to conclude that the spacecraft’s solar-powered batteries have run out of energy - a state engineers refer to as "dead bus."

NASA had previously decided to declare the mission over if the lander misses two communication attempts. The agency will continue to listen for a signal from the lander, just in case, but hearing from it at this point is considered unlikely. The last time InSight communicated with Earth was December 15.

"I watched the launch and landing of this mission, and while saying goodbye to a spacecraft is always sad, the fascinating science InSight conducted is cause for celebration," said Thomas Zurbuchen, associate administrator of NASA’s Science Mission Directorate in Washington. "The seismic data alone from this Discovery Program mission offers tremendous insights not just into Mars but other rocky bodies, including Earth."

Short for Interior Exploration using Seismic Investigations, Geodesy and Heat Transport, InSight set out to study the deep interior of Mars. The lander data has yielded details about Mars’ interior layers, the surprisingly variable remnants of its mostly extinct magnetic field beneath the surface, weather on this part of Mars, and lots of quake activity.

"It has been a lifetime adventure for our Swiss team, initiated already in 1997," says Prof. Domenico Giardini, head of the Mars team at ETH Zurich. "We contributed to InSight the seismometer electronics, project management, the design and daily operation of the Marsquake Service and we finally had the chance for amazing research, we have been very lucky in our life as scientific researchers to be able to participate in a successful planetary exploration mission." 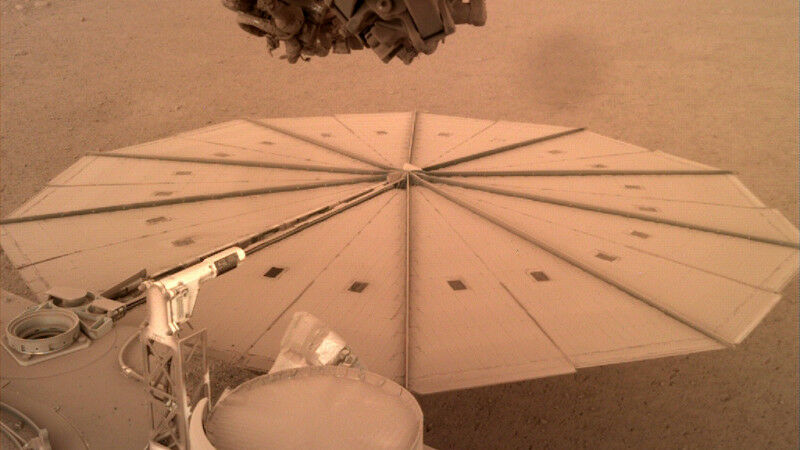 A major problem for the lander’s power supply: By May 2022, the solar cells were already thickly covered with dust, that couldn’t be removed anymore.

Such impacts help scientists determine the age of the planet’s surface, and data from the seismometer provides scientists a way to study the planet’s crust, mantle, and core.

"This was the first mission to explore the deep interior of another planet. We now know for example that the core is too big for our classical models, which changes the way we think about the terrestrial planets in our solar system and elsewhere in the universe", says Simon Staehler, a Senior Scientist working in the Seismology and Geodynamics group led by Domenico Giardini at the Institute of Geophysics, ETH Zurich.

The seismometer was the last science instrument that remained on as dust accumulating on the lander’s solar panels gradually reduced its energy, a process that had begun before NASA extended the mission earlier this year.

"Insight has been such a huge part of our lives for the past four years" said John Clinton, Director of Seismic Networks at the Swiss Seismological Service, ETH Zurich, and head of Insight’s Marsquake Service. "Although the daily review of new data from Mars has now sadly come to an end, analysis of this amazing dataset will continue for years - we still have many outstanding puzzles to solve, and doubtless there are new discoveries to make."

This article is based on a external page NASA press release dated December 22, 2022.

Tumultuous migration on the edge of the Hot Neptune Desert - 18.01