’Putting all our energy into education"

In his welcome speech of the ETH Day 2022, Rector Günther Dissertori, addressed key challenges of the present and the future.

On the 167th anniversary of ETH Zurich, Rector Günther Dissertori spoke about the areas of teaching where he would like to see change. Against the backdrop of the current crises, ETH President Joël Mesot and Federal Councillor Alain Berset discussed the role of science in general and that of ETH in particular.

Mesot emphasised the role of science against the backdrop of the current crises and societal challenges: "ETH Zurich and its members continue to deliver even in times of crisis: their dedication and expertise can be relied on, whether it’s a question of overcoming the pandemic, restructuring our energy system or achieving net zero."

Finally, Mesot expressed his sincere thanks to his two outgoing Vice Presidents Detlef Günther and Robert Perich for their commitment, service to ETH and loyalty over the past few years.

Seeing the current uncertainty as a wake-up call

The keynote speaker at this year’s ETH Day was Federal Councillor Alain Berset, head of the Federal Department of Home Affairs, who thanked ETH and its members for their vital contribution during the pandemic. The Federal Council is concerned about the increasing political scepticism and loss of trust in democratic processes. In view of the current enormous crises, such as the war in Europe and climate change, a rational debate is urgently needed, he continued. "We have to convince the vast majority of society, once again, that it is possible to live well and safely in this society," said Berset. He sees the current uncertainty as a wake-up call to renew this fundamental social contract.

A word on behalf of the students

Naturally, students were also able to have their say at ETH Day: the president of the student association VSETH Emir Isman thanked the Rector for the excellent collaboration and the equality of their exchanges. However, he also took the opportunity to send a political message: Isman sees a need for action in terms of the restrictive conditions that face ETH students from third countries who want to work in Switzerland after graduation. "This," he said, "is all the more incomprehensible as Switzerland urgently needs skilled workers and has invested in this young talent."

Following his speech, the VSETH President awarded a golden owl to particularly committed lecturers. He presented the Credit Suisse Award for Best Teaching, which is given to only one lecturer each year, to Ghislain Fourny from the Department of Computer Science.

Traditionally, on the occasion of its anniversary, ETH Zurich also awards honorary doctorates to outstanding researchers. This year, an honorary doctorate was awarded by the ETH Rector to Thomas Zurbuchen, Associate Administrator for the Science Mission Directorate, NASA. Zurbuchen, who grew up in Switzerland, has spent the past six years driving the largest ever research programme in space and planetary exploration.

A second honorary doctorate was awarded to Theodor W. Hänsch, who is considered one of the pioneers of laser spectroscopy and was awarded the Nobel Prize in Physics in 2005. Hänsch has invented new lasers, developed ground-breaking methods and initiated countless research activities that have been carried out into the world by his students.

The title of honorary councillor is awarded to individuals who either promote key scientific activities or fields of work at ETH Zurich, or support the university as a whole. In 2022, ETH Zurich named Irene Kaufmann-Brändli an honorary councillor for her outstanding services in promotion of young talent. Giatgen Spinas received the award for his outstanding services - in particular, in establishing the Bachelor’s degree in human medicine at ETH Zurich. 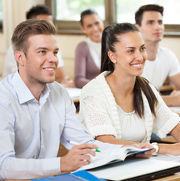