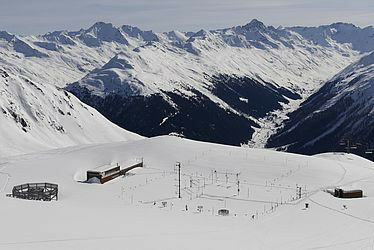 The World Meteorological Organization (WMO) has appointed the SLF to be the world’s leading competence centre for snow monitoring. The WMO’s Infrastructure Commission based its decision on the fact that the SLF already possesses high-quality measuring infrastructure and over 80 years of knowledge. 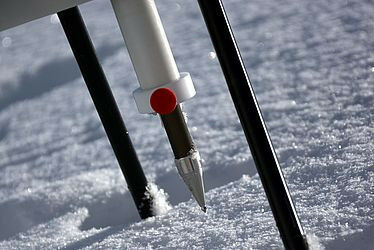 When the test site was set up on the Weissfluhjoch above Davos, at an altitude of 2,536 metres, more than eight decades ago, nobody could have imagined the measuring instruments and methods that would go on to be developed. Since then, SLF researchers have been working on ways to collect snow data more accurately and efficiently and put it to practical use. The resulting high-quality measuring infrastructure and long-term measurement series are unique worldwide. The SLF’s appointment by the WMO as the world’s leading competence centre for snow monitoring is wonderful recognition for the organisation, says Charles Fierz, Head of the Winter Sports and Climate research group and the man responsible for the test sites: "The WMO is recognising our decades of experience in snow monitoring and the (ongoing) development of research." 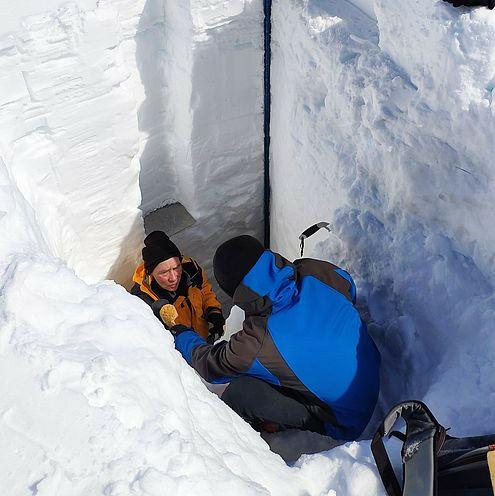 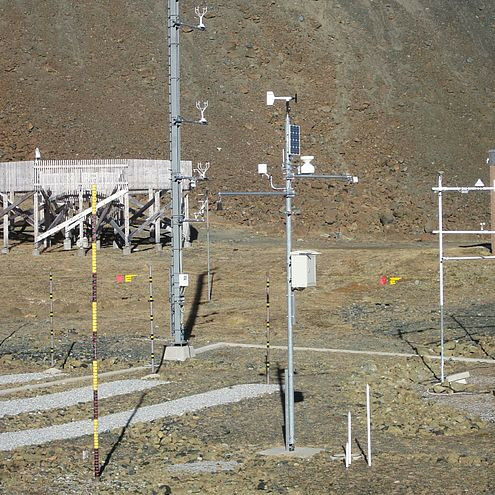 Some of the measuring infrastructure at the SLF’s Weissfluhjoch test site, in summer. Photo: Charles Fierz, SLF
The SLF’s long-term measurement series, including total snow depth, water equivalent of the snow cover, depth of snowfall and its water equivalent at many locations in the Swiss Alps, are unique worldwide and testify to an enormous amount of experience and expertise in this area. The best-known measuring location is the Weissfluhjoch test site at Davos, where snow measurements have been carried out since 1936, both manually and automatically. A range of methods have been tested at the site and are now in operational use, both in Switzerland and internationally. One example is the SnowMicroPen , now in its 5th generation. This penetrometer allows researchers to measure the penetration resistance of the individual layers in the snowpack. The device is used, among other things, to assess stability in avalanche forecasting and for ski track characterisation in ski racing. The Snow Monitoring Competence Centre will also have an international impact: the SLF intends to collaborate with foreign research institutes, such as operational warning and weather services in Central Asia, to establish these tried-and-tested measurement methods and instruments in other countries as well.