There will be organisms without biological parents 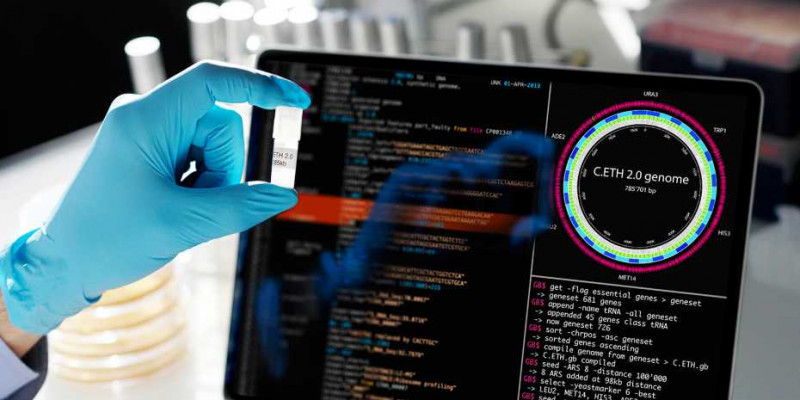 Bioengineers are on the brink of developing artificial organisms that will open up new applications in medicine and industry. Beat Christen discusses their risks and benefits.

Every living creature on earth has parents, grandparents, great-grandparents and so on - representing an unbroken line of ancestry all the way back to the very first organisms that lived here billions of years ago. Soon we will have life forms that have no such direct lineage. The first of these organisms will be bacteria. Bioengineers will use computers to develop such bacteria and specifically tailor them for applications in medicine, industry or agriculture. With the help of DNA synthesisers, they will build these bacteria’s genomes from the ground up to produce artificial life forms.

I don’t mean organisms in which only individual genes have been altered - a technique that has been applied in biotechnology and crop breeding for decades, and that today’s CRISPR gene scissors have made very simple. No, I mean organisms for which bioengineers have literally developed the genome from scratch so that they can synthesise it in the lab.

Such artificial life forms, with no mother or father, may sound like science fiction, but I am convinced that they will soon be a reality. The scientific and technical requirements needed for manufacturing these organisms are already in place.

For one thing, we can draw on the achievements of several decades of molecular and systems biology research. Nowadays, we understand the "blueprints of life" to a great degree of detail. Digital databases store over 200,000 genome sequences from a broad range of organisms providing us access to a wealth of molecular building plans. By cleverly combining or modifying known genetic functions, bioengineers can develop microorganisms with new and useful characteristics.

Furthermore, just a few years ago, synthesising whole genomes of microorganisms from scratch was still incredibly time-consuming and implied an enormous - and financially daunting - feat. Thanks to computer algorithms, today it is possible to simplify genomes so that they are easier to produce. DNA synthesis methods, too, have become much more efficient due to technological advancements. Bioengineers are now capable of printing DNA molecules quickly and precisely directly on a silicon chip.

These advances will soon allow bioengineers to draft a genome on the drawing board, implant it into cell envelopes, and thus develop microorganisms for new, useful applications.

Such organisms offer plenty of opportunities - particularly in medicine and the biotechnological manufacturing of therapeutic agents. Allow me to highlight just a few examples. One is vaccine production. Developing and manufacturing a vaccine is a race against time - not only for the seasonal flu, especially for outbreaks of emerging diseases, as we are currently experiencing with the coronavirus epidemic.

Artificial bacteria could be used as a novel kind of vaccine: it is conceivable to make bacteria that are completely harmless to the human body, but carry fragments of pathogens on their surface. Such organisms could teach the immune system to efficiently recognise the pathogens and defend against them. This approach is significantly faster and less expensive than the conventional, expensive production of protein vaccines.

In a second example, artificial bacteria could serve as production organisms. They would simplify the biotechnological manufacture of active ingredients and allowing more complex chemicals to be produced. Conventional chemical production processes, which are primarily based on fossil fuels, can thereby be transformed into sustainable biotechnological manufacturing processes.

A third use case is cell-based diagnostics and therapy. One example of this is bacteria cells that detect cancer cells in the human body and attack them directly by producing active substances. Artificial bacteria could also manufacture important metabolites in the digestive tract of patients to treat metabolic disorders.

Finally, I wish to touch upon agriculture, which is currently facing major global challenges such as food security, sustainability and adjustment to climate change. One promising approach for overcoming these challenges is the development of artificial soil microbes that protect seedlings or produce crop fertiliser directly from nitrogen in the air.

Alongside the great opportunities, the new technology entails a risk of misuse. As scientists, we must recognise the full extent of the impact this technology could have and approach it with foresight and responsibility. We also need to engage in a comprehensive dialogue with all stakeholders. The existing national and international sets of regulations concerning the manufacture of and trade in synthetic DNA must be expanded. Ultimately, it should be our goal to employ artificial organisms for the benefit of society as a whole while keeping the risk of misuse to a minimum.

It is up to us scientists, as well as decisionand policymakers, to ensure that this technology is used, and allowed to be used, to produce the greatest possible benefit to society.

The Swiss Confederation joins the COVAX initiative for the procurement of COVID-19 vaccines - 25.09