With a hydrogel against black skin cancer 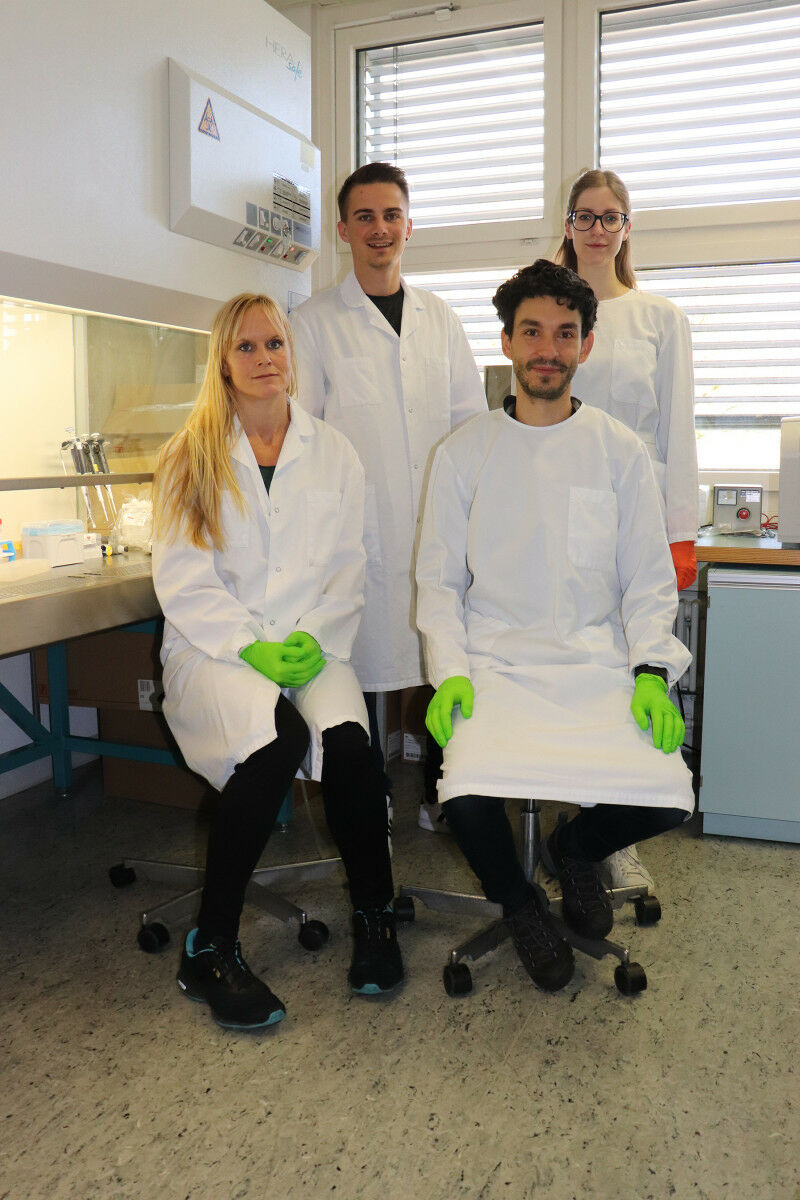 Researchers at the University of Bern have developed a therapy option that activates the body’s own defense system against black skin cancer. Components of a bacterium are embedded in gel and applied directly to the area of the tumor. In the model, the gel was shown to reduce tumor growth, inhibit its spread to other organs and thereby prolong survival. In a next step, the gel will be tested for its efficacy in patients in clinical trials.

Black skin cancer (melanoma) is a malignant cancer that can be completely removed with good chances of cure if diagnosed early. However, the prospects worsen for those affected if, in later stages of the disease, offshoots (metastases) of the tumor already spread to other organs. In the last ten years, it has been shown that spectacular treatment successes are possible by activating the patient’s own immune system with so-called immune checkpoint inhibitors. ’Unfortunately, a good half of all patients do not respond,’ says Mirjam Schenk of the Institute of Pathology at the University of Bern. Her group now shows a promising way to fight black skin cancer with a novel hydrogel.

Previously, a live bacterium with attenuated infectivity (Bacillus Calmette-Guérin, BCG), which was developed as a vaccine against tuberculosis, was approved for the treatment of metastatic melanoma of the skin. Although it resulted in regression of directly treated local and occasionally distant skin tumors, it proved less effective in affected individuals with metastases to internal organs and did not significantly improve survival in affected patients. In addition, this treatment with live bacteria carries a certain risk and is only used in rare cases.

Now, Mirjam Schenk’s research group has shown that components of this bacterium in the form of a gel are more effective in controlling tumor growth than the live BCG bacteria previously used. In collaboration with researchers at EPFL and Harbor-UCLA Medical Center (USA), they have developed a novel, heat-sensitive hydrogel that can be administered easily and once. This hydrogel is liquid at room temperature, but forms a viscous gel at body temperature that thereby acts as a local depot and continuously releases components of the bacterium. This leads to a sustained activation of the immune system.

In the trial, mice with melanomas showed significantly prolonged survival after treatment with gel. At the same time, the formation of tumor derivatives (metastases) in the lungs was suppressed. In addition, the researchers were able to demonstrate a qualitatively and quantitatively improved immune response of T cells against melanoma cells in biopsies from melanoma patients after BCG therapy. They also found a positive correlation between this immune response and improved survival. This argues for clinical application, according to the researchers: ’Local application of the hydrogel is an effective and safe immunotherapeutic option to reduce metastatic burden and prolong survival of melanoma patients,’ Schenk is CONVINCED. These results are of great importance not only in the context of immuno-oncology research in the treatment of melanoma, but also in other tumors.

In a next step, the gel will be tested in clinical trials for its efficacy in patients and compared with already approved therapies.

The Institute of Pathology at the University of Bern covers the entire range of morphological and molecular diagnostics on tissue samples. Its research is concerned with the development, diagnosis and therapy of diseases. Immunopathologies, inflammatory diseases and aspects of tumor biology are the current thematic focus. Ex-vivo studies are performed on human tissue samples and experimental in-vitro and in-vivo model systems are also used.
https://www.pathology.unibe.ch

The mere sight of a meal triggers an inflammatory response in the brain - 30.06
Digital awareness: trust and the features health apps should have to make us trust them - 30.06
Related Stories
Life Sciences
Transparency in research using animals: USI is part of the STAAR Commission - 30.06
Watching how cells deal with stress - 29.06