wire.myScience
News in Brief
Innovation - May 20
Diversity as the basis for creativity and innovation

Innovation - May 19
New Swiss Alliance for Capacity-building in PeaceTech

Innovation - May 17
Space Research and Technology: Establishment of a European Space Deep-Tech Innovation Centre ESDI in Villigen (AG)
Pedagogy - May 17
The power of signs

Objects can now be 3D-printed in opaque resin 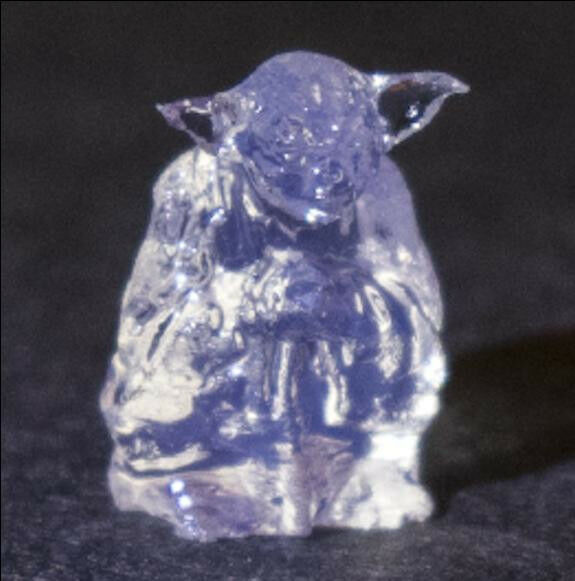 A team of EPFL engineers has developed a 3D-printing method that uses light to make objects out of opaque resin in a matter of seconds. Their breakthrough could have promising applications in the biomedical industry, such as to make artificial arteries.
Earth Sciences - May 20

Engineers at EPFL and the University of Geneva believe they hold the key to automated drone mapping. By combining artificial intelligence with a new algorithm, their method promises to considerably reduce the time and resources needed to accurately scan complex landscapes.

Global biodiversity assessments require the collection of data on changes in plant biodiversity on an ongoing basis. Researchers from the universities of Zurich and Montréal have now shown that plant communities can be reliably monitored using imaging spectroscopy, which in the future will be possible via satellite. This paves the way for near real-time global biodiversity monitoring.

A drone for ultrafast transitions between air and water

A new robot is capable of switching from an underwater drone to an aerial vehicle in less than one second. The robot also features a suction disc inspired by the remora fish, which enables it to hitchhike on wet or dry moving objects to significantly reduce its power consumption. It is designed for biological and environmental monitoring in marine ecosystems such as surveying ocean pollution in the open sea as the scientist of Beihang University, Imperial College London and Empa point out in a new study published in Science Robotics.

From the packet into your food: what harmful substances are in food packaging?

Salad boxes to go, sealed-tray lasagna and apple juice in PET bottles: we encounter packaged food and drink everywhere. A new database shows which packaging contains harmful substances that can be transferred to its contents. It also includes findings from researchers at the University of Basel, who are investigating plastic molecules that were previously unknown or barely known.

Innovation - May 19
New Swiss Alliance for Capacity-building in PeaceTech

Innovation - May 17
Space Research and Technology: Establishment of a European Space Deep-Tech Innovation Centre ESDI in Villigen (AG)
Pedagogy - May 17
The power of signs