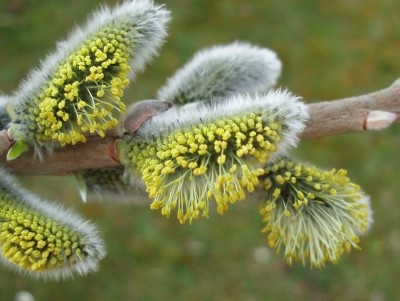 Pollen season: The new app called Ally Science has been designed for the two million or so allergy sufferers in Switzerland

Bern University of Applied Sciences (BFH) and University Hospital Zurich (USZ) are launching the free smartphone app Ally Science on the 24th of April 2018. It forms part of the largest ever scientific study into pollen allergies to be carried out in Switzerland. The easy-to-use app, available in all four national languages and English, allows allergy sufferers to keep a record of their condition. Users also receive pollen forecasts and an exclusive representation of the current development of allergy symptoms in the different regions.

By taking part in the study, they play a vital role in improving early warning systems and therapies for pollen allergy sufferers in the future. The data that is recorded by the app is stored in private accounts on the secure MIDATA IT platform developed by ETH Zurich and the BFH. The users can decide for themselves at any time which researchers they want to grant access to their anonymised data.

Approximately two million people in Switzerland suffer from physical complaints during the pollen season. These include stinging eyes, runny nose, itchy skin, sore throat and breathing difficulties. It is not yet known which regions (cantons, urban and rural areas) exhibit particularly frequent or severe cases of symptoms, or which factors (pollen variety, fine dust, weather, etc.) are influential. The Allergy Station of the Dermatology Clinic of University Hospital Zurich hopes to find answers to these questions through a scientific study spanning every region in Switzerland.

A central part of the study is the Ally Science app. As of now, German, French, Italian, Romansh and English language versions of the app are available for download, so pollen allergy sufferers anywhere in Switzerland can take part if interested. Furthermore, the data is anonymised. The more participants use the app, the more validity the scientific survey has and the more value it has for people with pollen allergies. «The aim of the study is to make discoveries that enable us to offer better advice, better therapies and better pollen warning systems,» explains Professor Peter Schmid-Grendelmeier, Head of the USZ Allergy Station.

The app was developed at the Bern University of Applied Sciences in cooperation with IT service provider ELCA Informatique SA. «It was important to us that the app looked good and was intuitive to use in order to be of real value to the users,» says Professor Serge Bignens, Head of the Institute for Medical Informatics. «It takes less than 20 seconds for you to record your symptoms in your personal allergy diary.» A specially designed map also displays the pollen count forecasts from MeteoSwiss. Thanks to users tracking their symptoms on the app diary, a real-time display also reveals how allergy symptoms are developing in the different regions. In addition, users can see how symptoms have developed over the past 24 hours or the past few days.

Control of your own health data

The data gathered via the app is saved in encrypted format on the MIDATA IT platform, which is operated by the non-profit MIDATA cooperative. MIDATA is the joint creation of ETH professors Ernst Hafen and Donald Kossmann. The platform enables members of the public to securely maintain their health records, keep control of how they are used and allow them to be used for research in anonymised form, according to the user’s personal interests and requirements. Revenue generated through making this data available will be reinvested in the services offered on the MIDATA IT platform and in other research projects. In this regard, it is not one single company that profits, but society as a whole.

Ally Science also benefits from the expertise and dedication of other important partners. These partners are: